In 2019, the viewing public got a surprise treat in the form of I Think You Should Leave. The menacing and chaotic sketch comedy show sprung from the mind of Tim Robinson; if you knew that name at all beforehand, it was likely from his very brief stint on Saturday Night Live. Those who caught his episode of the Netflix series The Characters were better prepared for Robinson’s brand of humor. But viewers new and familiar alike reveled in the absurdist, shout-heavy shtick lining packing sketch. Season two is fast approaching, as we knew from a recent teaser celebrating the “greatest hits” of the first stretch. Now, a full trailer presents all the mayhem in store for the next batch of episodes.

Some of the clips in the trailer establish clear focal points of parody. We can see that season two will send up crime thrillers, ghost tours, and even funerals. It’s hard to discern context from many of the others. Season one provided a mix of implanting nonsense in everyday situations, and just plain nonsense from the ground up. So we’re very much ready for more of the same. 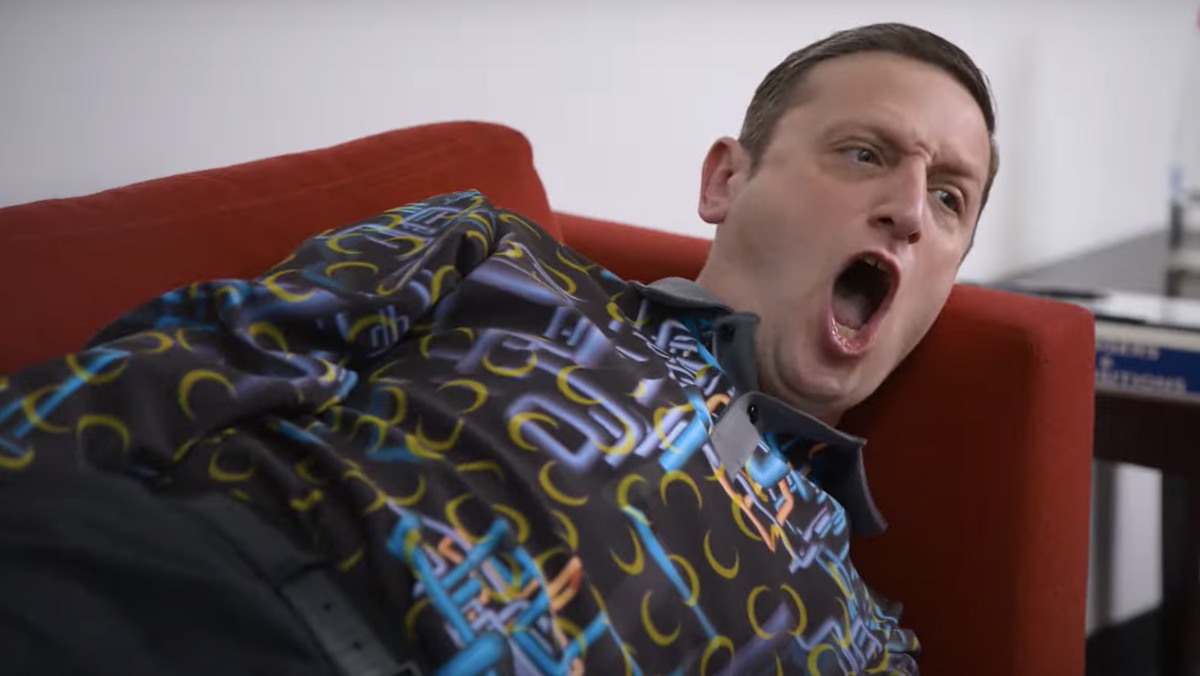 Though he’s since become best known for his dramatic work, Odenkirk is a sketch comedy legend in his own right. Meanwhile, Early collaborated with Robinson on The Characters, while O’Brien and Robinson worked together on SNL. As for Butters, you’ll recognize her as Leonardo DiCaprio’s young costar in Once Upon a Time in Hollywood.

I Think You Should Leave will hit Netflix on July 6.

TAGGED: i think you should leave