I AM NOT OKAY WITH THIS Trailer Reunites IT Stars - Nerdist

I AM NOT OKAY WITH THIS Trailer Reunites IT Stars

The cast of 2017’s It featured one of the best young ensembles in movie history, and Sophia Lillis was arguably the MVP of the film. Her performance as the teenaged Beverly Marsh was moving and powerful, so it wasn’t exactly hard to predict she was destined for big things. But she isn’t shaking off the Loser’s Club just yet. She’s starring in a new Netflix series with another denizen of Derry, Maine, Wyatt Oleff. The pair once again play teens who find themselves dealing with strange forces in I Am Not Okay With This. The first trailer for the show doesn’t have any child-eating clowns though. But it does feature Lillis as a high school student dealing with grief, her sexuality, and some unexplained mutant powers.

“I Am Not Okay With This is an irreverent origin story that follows a teenage girl who’s navigating the trials and tribulations of high school, all while dealing with the complexities of her family, her budding sexuality, and mysterious superpowers just beginning to awaken deep within her.”

Netflix’s upcoming new series, from the producers of Stranger Things, comes from director Jonathan Entwistle. This is his second time adapting a graphic novel by Charles Forsman. Previously Entwistle helped bring the author’s comic series The End of the F***ing World to the screen. Entwistle serves as an executive producer on that show and directed five episodes in season one.

This time, he’s directing all eight episodes of I Am Not Okay With This. Based on this first full trailer for the show it looks to be a faithful adaptation of Forsman’s self-published comic series, but with Lillis’ Sydney being slightly older. Here’s the comic’s official synopsis:

“Sydney seems like a normal 15-year-old freshman. She hangs out underneath the bleachers, listens to music in her friend’s car, and gets into arguments with her annoying little brother—but she also has a few secrets she’s only shared in her diary. Like how she’s in love with her best friend Dina, the bizarreness of her father’s death, and those painful telekinetic powers that keep popping up at the most inopportune times.”

Everything about this show looks right up our alley. From the tone and the subject matter, to the high school setting and super powers, to its lead actress. However, we can’t help but be distracted by something we imagine bothered some of you too. How can you cast a member of the Loser’s Club and give him the exact same name he had in It? They couldn’t have come up with literally any other name than Stanley for Wyatt Oleff’s character? Literally any other name and we would already be over thinking about Pennywise. 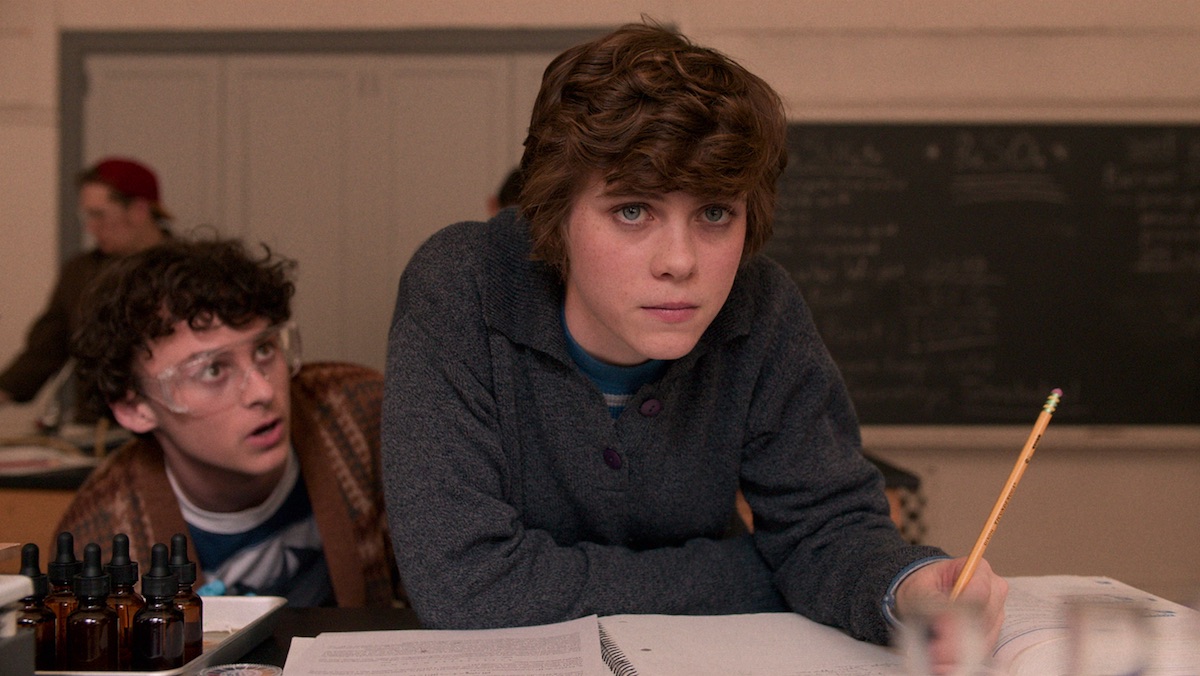 We’ll probably get over it soon enough, but still, seems like a weird decision. Stanley is a nice name, but so is Seth or Alex. We loved It, but we’re ready to see the next step in the careers of the film’s stars. Step one is casting them in a great new project like this series. Step two? Give them different names.

I Am Not Okay With This premieres on Netflix on February 26.

TAGGED: Netflix, i am not okay with this, Sophia Lillis, Wyatt Oleff