The Super Bowl is just around the corner and that means some commercials from the event are already making their way online. Ah, the blessings of the internet, making it even more convenient for those of us who don’t care too much for sports but still want to be part of the cultural conversation. Whether it’s snazzy Doritos bits or Mountain Dew promotions or the next big movie trailer, Super Bowl Sunday is always loaded with marketing goodies that tickle our funny bones and warm our hearts.

They’re also a way to get some of the biggest celebrities together to endorse a product, which is exactly what’s going on in this new Hyundai ad. The bit gathers three Massachusetts natives—Chris Evans, Rachel Dratch, and John Krasinski—to spoof the Boston accent and sell cars in one fellow swoop. Check it out!

The commercial, which was released yesterday, is for the new Hyundai Sonata, and shows Evans and Dratch watching on as their fellow Bostonians attempt to “pahk” in a small parking space. The first car gives up and drives away, but then Krasinski shows up in his Sonata. “Look at these two troublemakers,” he says in an exaggerated Boston accent. They lament about how impossible it’ll be to fit his “wicked cahr” in the “pahking spot” but he insists the Sonata can do it.

Sonatas have a feature called “smart park” (sorry, “smaht pahk”), which means getting out 0f the vehicle, clicking a button, and watching as it magically works its way into a tight space. If you failed the parking portion of the driving test, this might be the car for you. It’s certainly the car for John Krasinski, who gets especially smart aleck-ish about his fancy vehicle. “It’s wicked smaht, and I can park it anywhere.” 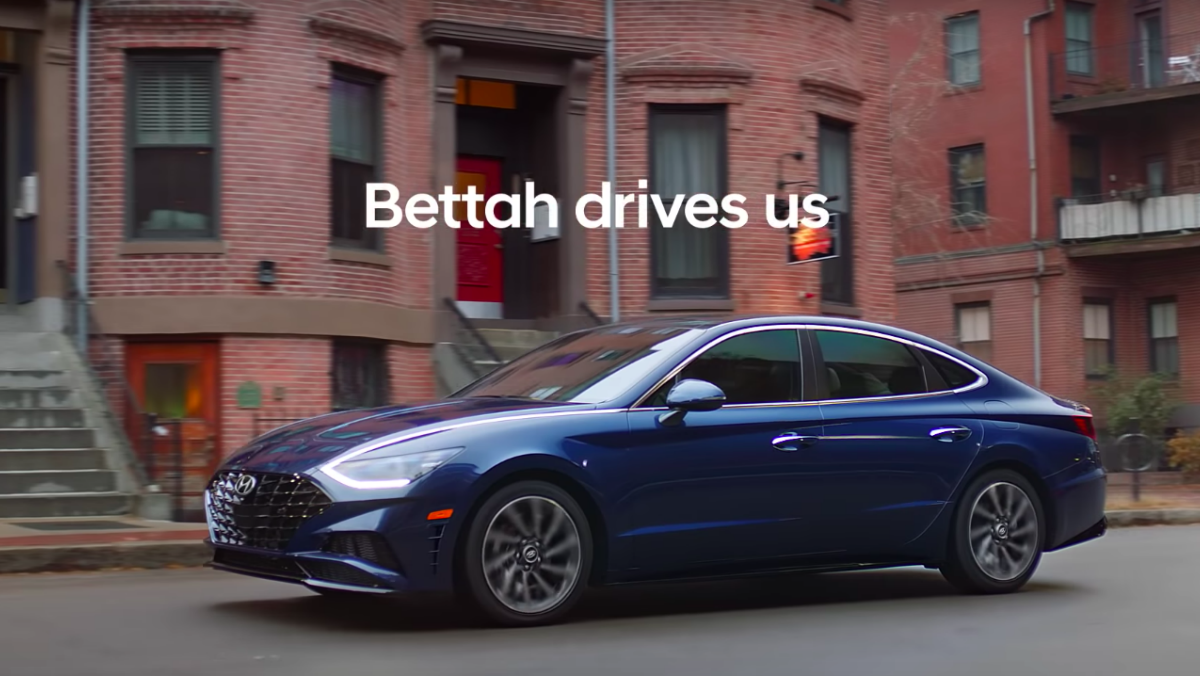 The ad is a special treat for Bostonians, as it features these three big names associated with the city. (Chris Evans grew up in Sudbury, Rachel Dratch is from Lexington, and John Krasinski hails from Newton.) It also features a cameo from former Boston Red Sox star David “Big Papi” Oritz, the man who holds the Sox’s single-season record for home runs, with 54 during the 2006 season. Even Big Papi gets in on the “wicked smaht” action. The ad names several locations familiar to Massachusetts residents and is really just dripping with the spirit of the city. Even the Hyundai motto, “Better drives us,” gets a “Bettah drives us” makeover for the occasion.

This is just one of many commercials we can expect to see this Sunday, February 2 when the National Football Conference champion San Francisco 49ers faces off against the American Football Conference champion Kansas City Chiefs in the Super Bowl LIV. If you’re not really a sports or a commercial person, you should at least get pumped up about the half-time show, which will feature performances from Jennifer Lopez and Shakira. The event airs on Fox with a kick-off time of 6:30 p.m. ET. We’ll have a big round-up of commercial content ready for you Monday morning, so stay tuned for more as it becomes available.