This post contains very mild spoilers for Hunters episodes one and two.

What happens when a group of people with particular skills come together to defeat a genocidal regime? That’s the story Hunters is telling, with its band of New York City revenge seekers looking to take down a rising Fourth Reich in late 1970s America. The series is loosely based on Operation Paperclip which, according to the CIA, was a secret intelligence program to bring Nazi scientists to America following World War II. Creator David Weil also relied on the stories from his own Holocaust survivor grandmother, whom he calls a badass hero.

It’s always hard to grasp onto names and backstories when there are so many people, so we have a handy guide to all the major Hunters characters to make your viewing experience a little easier. 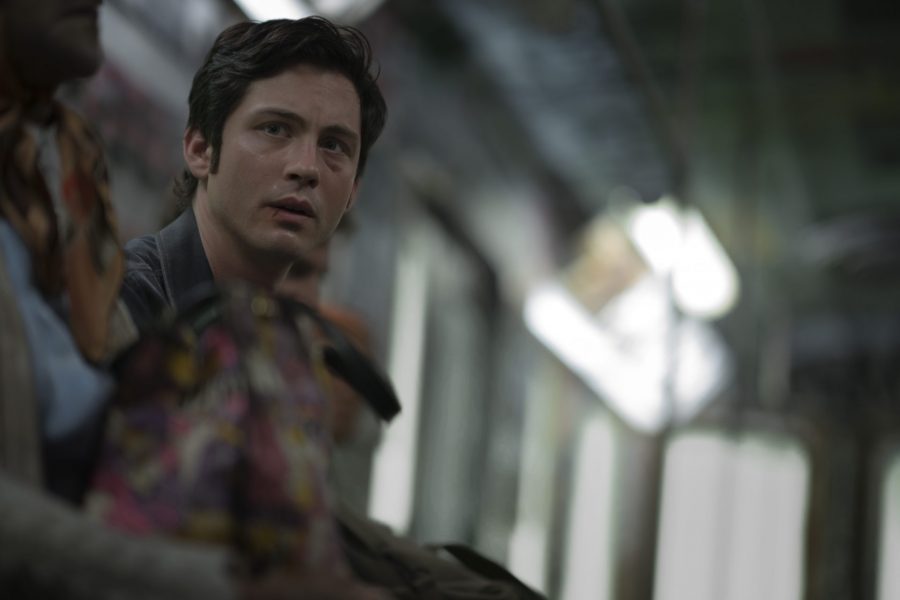 This Jewish Brooklynite played by Logan Lerman (of Percy Jackson fame) serves as the audience surrogate in the world of The Hunters. Jonah is a nerd and newly minted Star Wars fan who lives with his savta (that’s Hebrew for “grandmother”) Ruth, a Holocaust survivor, while working at a comic shop and doing a poor job selling weed.

He finds out that his grandma’s recent demise wasn’t a random murder, rather an assassination by the Nazis because she helped to found The Hunters alongside Meyer Offerman. Jonah then becomes determined to join The Hunters to avenge Ruth, but he discovers that their methods make him uncomfortable. His ability to decode messages and curiosity are undermined by his naïveté and temper. 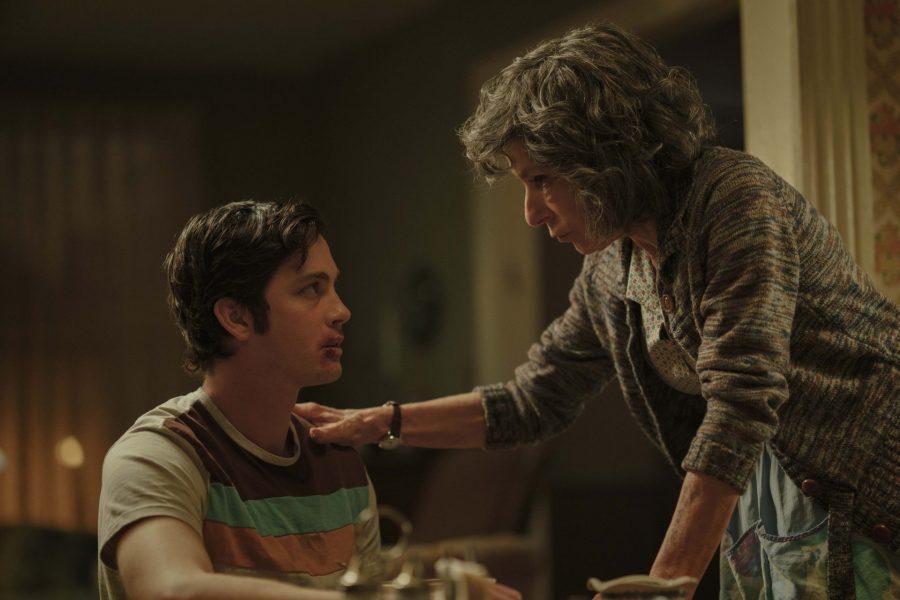 Ruth only makes a brief appearance in this series but she’s perhaps the most important character. She is a Holocaust survivor who was held at a concentration camp with Meyer. The pair reconnected 30 years later in New York City when Ruth became aware of a Nazi presence in America.

They formed The Hunters with the help of Hilda Hoffman: a matchmaker, fixer, and fellow survivor. Ruth and Meyer’s sole focus was finding and eradicating Nazi threats. Ruth created a place called The Ark that contains hundreds of classified files on Nazi soldiers and interviews with Holocaust survivors.

Ruth’s life prior to and during the camps is explored through letters left in her bedroom and bits of information offered up by Meyer. At the time of her death, she had lost everyone she loved except for Jonah. Ruth was respected and honored among the group, which endears the Hunters to Jonah and makes them protective of him. 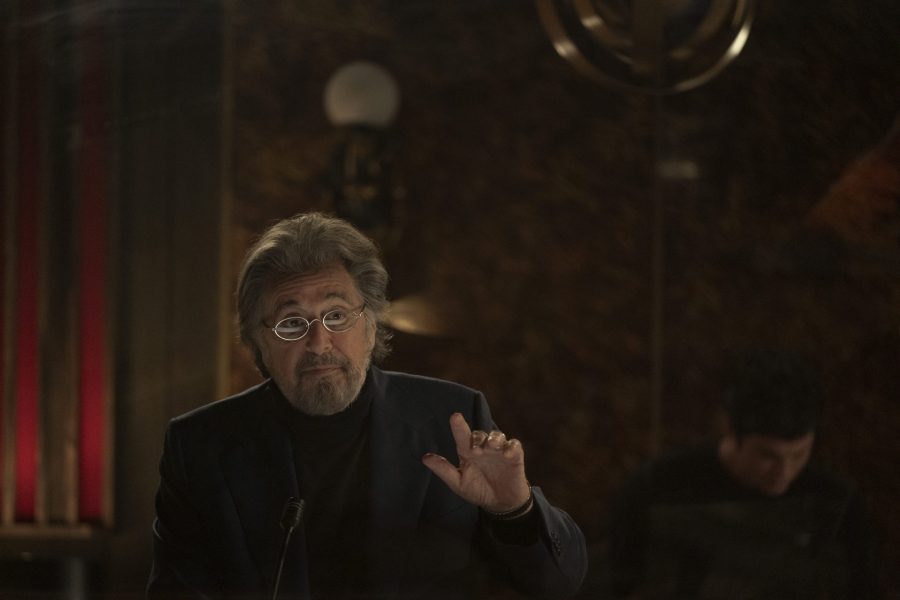 Amazon Prime Video/Christopher Saunders
Meyer (the legendary Al Pacino) is the vigilante leader and mastermind of The Hunters, which he founded alongside Ruth. He’s extremely wealthy, cunning, calculated, and has a singular focus on getting revenge. His intricate boards charting the Hunters’ kills and research documents make for a goldmine of clues and world-building.

He struggles with wanting to honor Ruth’s wish to keep Jonah away from The Hunters and allowing Jonah to make his own decision about joining. Meyer has an obvious affinity for Jonah that’s underscored by his sometimes callous demeanor. 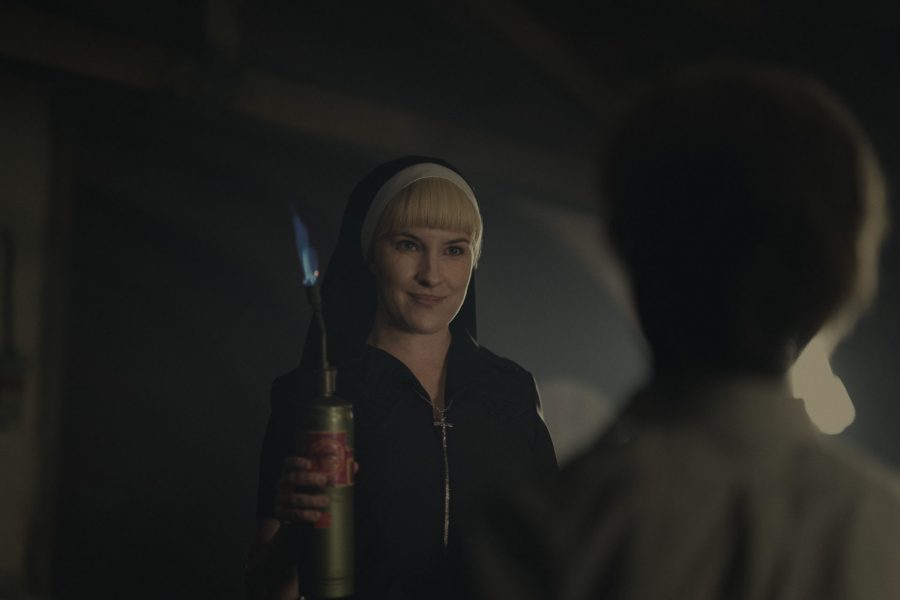 The threatening Sister Harriet (Kate Mulvany) is an MI6 alum and is the logistics and mission-planning expert within the group. Sister Harriet appears to be the second in command following Meyer, packing a no-nonsense attitude towards their work. Right now, it’s not clear when (or if) she was a nun. One thing is for sure about Harriet: she’s not a fan of Jonah. 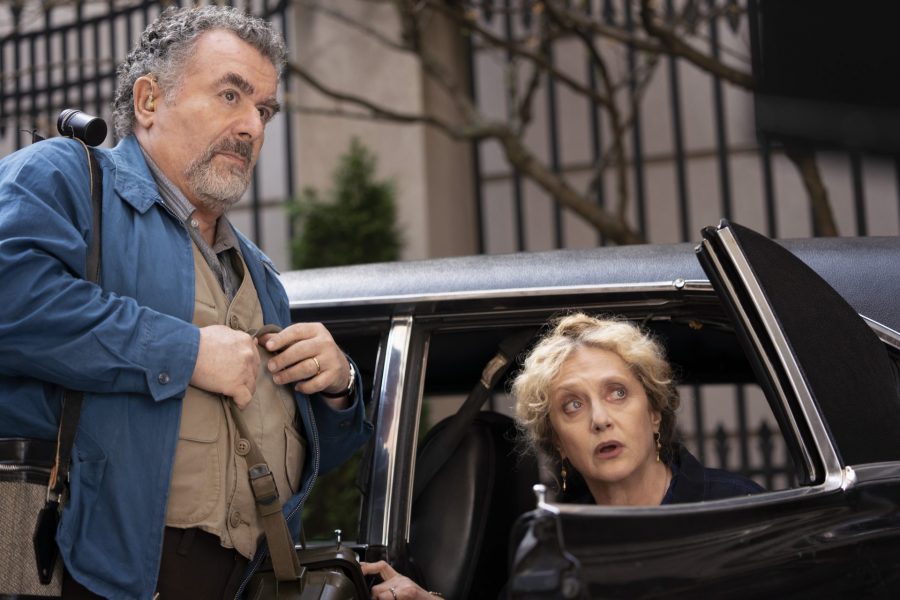 This couple (small screen legends Carol Kane and Saul Rubinek) has survived a great horror in life. The specifics of which aren’t clear at this moment, but they are both Jewish and of an age where they could have endured incarceration in concentration camps as well.

Mindy and Murray are handy with weapons and able to build, create, and detonate just about anything. They remember meeting Jonah during a lunch with Ruth when he was around five years old. It’s implied that they knew one (or both) of Jonah’s parents. 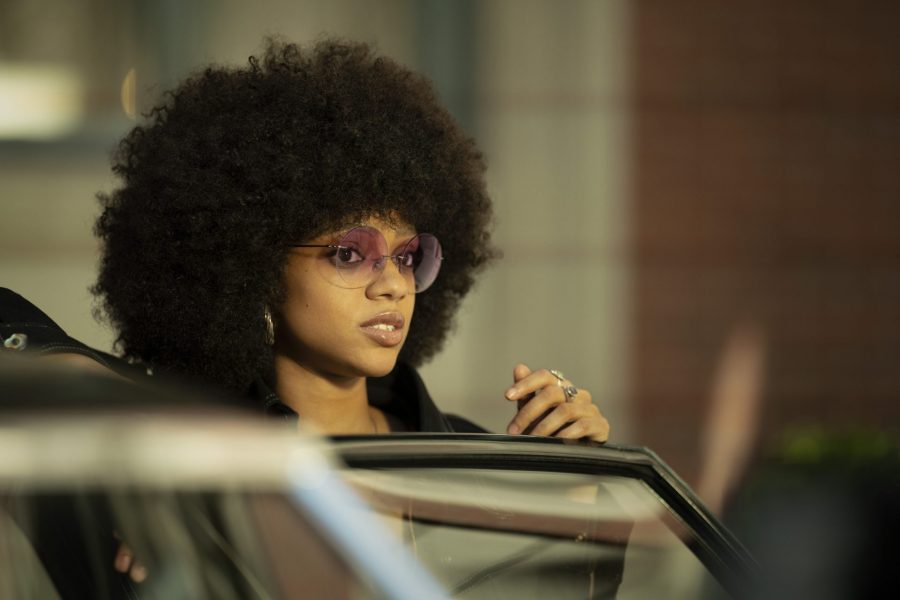 Roxy (Tiffany Boone) is a part of the Black Power movement, which was beginning to dissipate by the late ‘70s. Roxy “The Fixer” Jones rocks an awesome Afro and is skilled at hand-to-hand combat. But her specialty in The Hunters is her aptitude for counterfeiting, forging, locksmithing, and cleaning up a crime scene. Roxy appears to be a bit younger and more chill than the rest of the crew, so it will be interesting to see how her story unfolds. 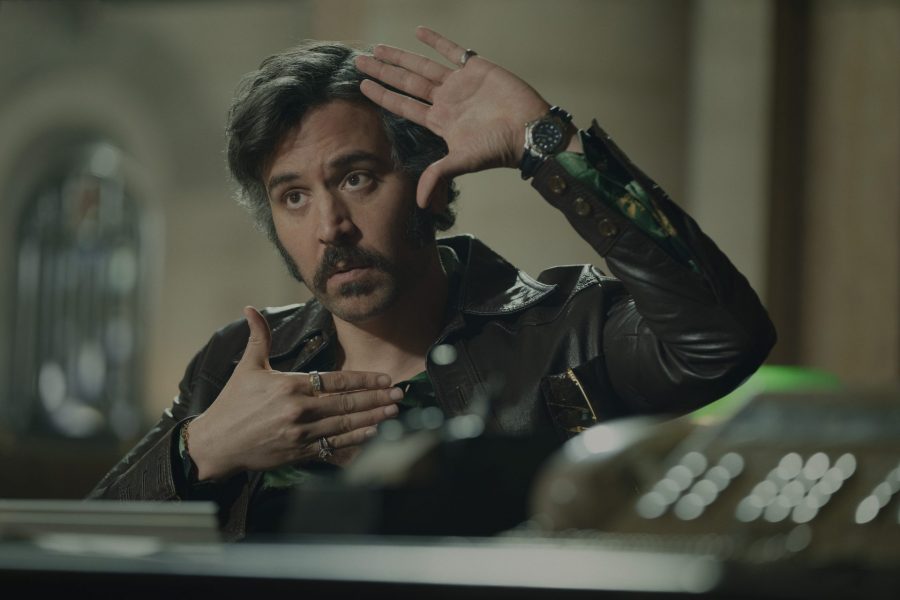 Lonny Flash (Josh Radnor of How I Met Your Mother) is The Hunters’ resident master of disguise; the former actor serves as the comic relief of the group with a childish and rude sense of humor, but is motivated by his attachment to his Jewish roots to join up with the mission. Additionally, Lonny says Ruth saved him from rock bottom, so he’s kind to Jonah. 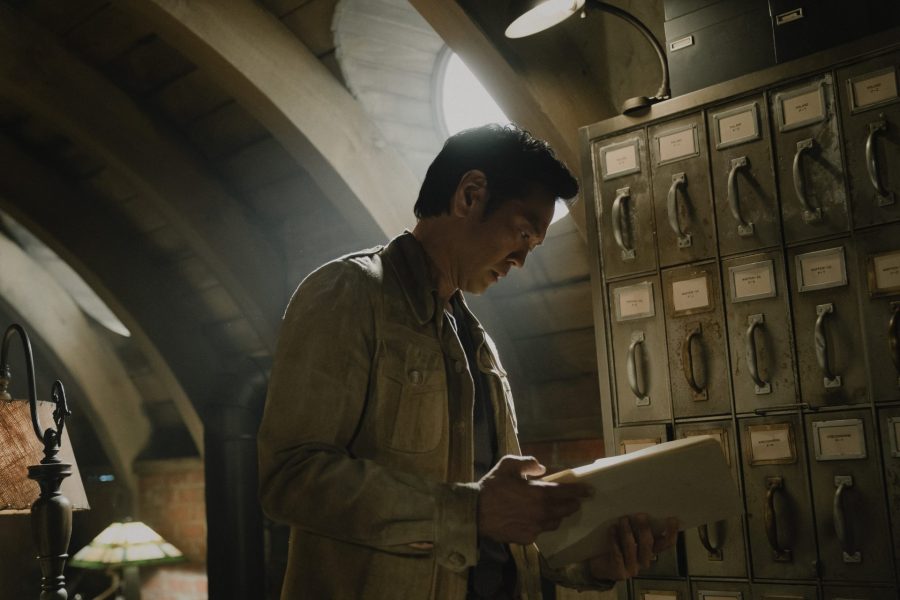 Weapons-expert Joe (Louis Ozawa) did three Vietnam tours, and thusly is all about the action. Outside of Roxy, he’s the only other person of color in The Hunters, but the threat of a genocidal force in America is enough to make him unite with the group. Joe and Lonny have a lot of playful banter between them, with Joe mostly telling Lonny to stop being reckless or annoying. 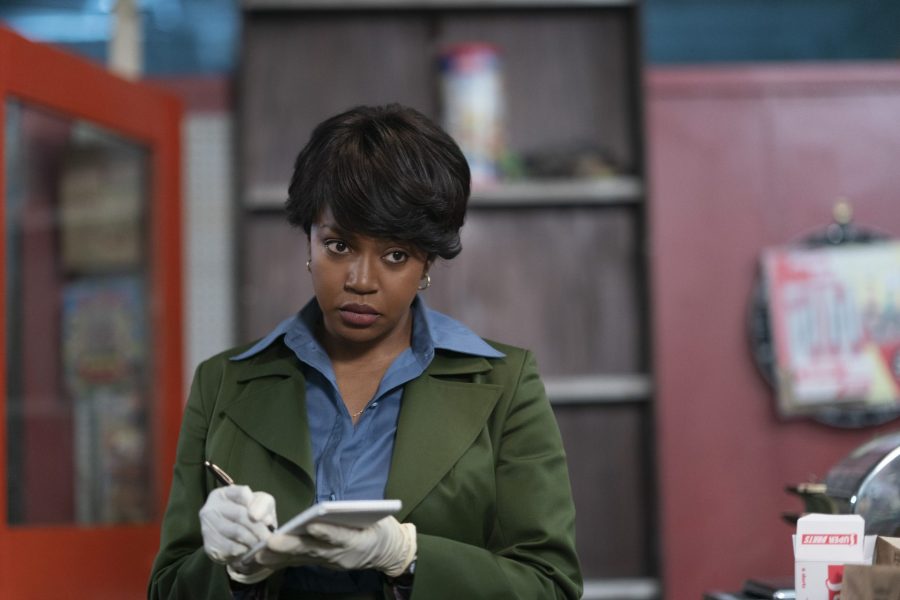 Millie (Jerrika Hinton) is in a tough professional spot as a Black FBI agent surrounded by White men. She’s sent away to Cape Canaveral, Florida, to investigate former NASA scientist Gretel Fischer’s murder; this leads to a deeper discovery about what’s really going down in America. It’s there that she meets Detective Sommers (Tramell Tillman), a local investigator who wants to help her out.

Millie is who viewers will expect her to be: tough, smart, and dealing with internal turmoil as she faces the realities of her job, her place in society, and her faith. She connects the dots pretty quickly and wants to take down this burgeoning system with good old fashioned justice, which will certainly put her at odds with The Hunters’ “zero-mercy” philosophy. Outside of work, Millie lives with her girlfriend Maria (Julissa Bermudez). 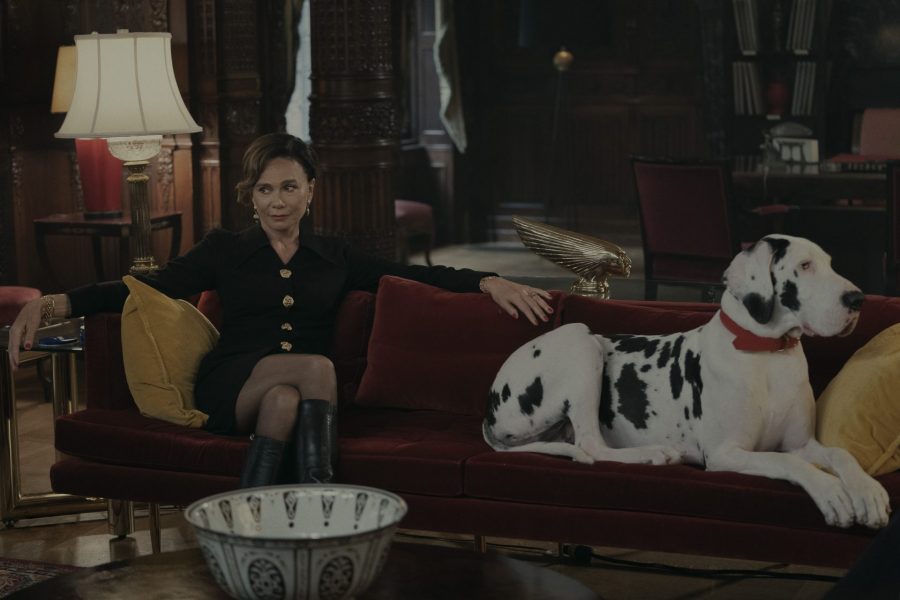 The Colonel (Lena Olin) refers to herself and her comrades as “the good guys trying to save the world,” but she’s at the top of the Nazi chain in America. She has her eyes and ears on everything, and is aware that someone is taking down Nazis, which angers her on the eve of what she refers to as a Final War. 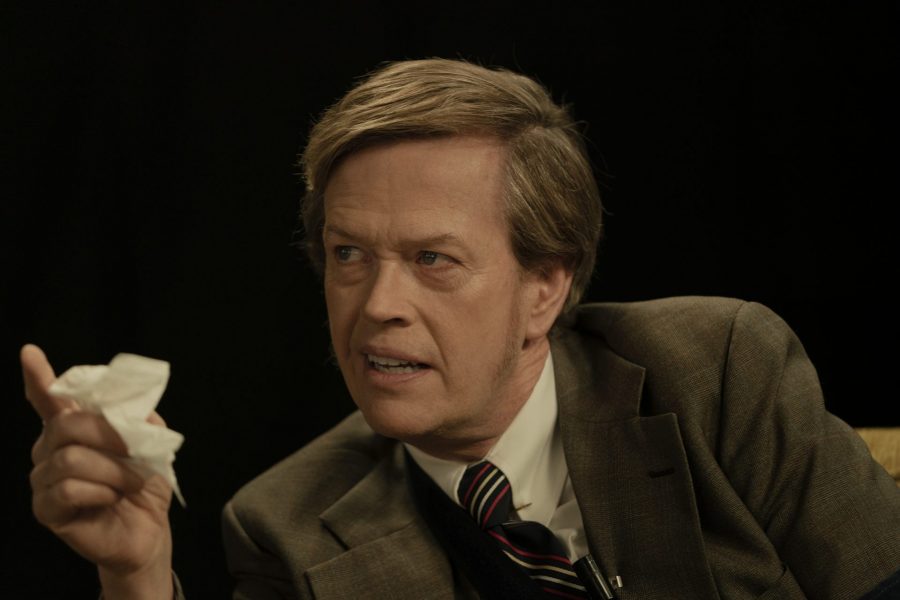 Biff (Dylan Baker) is the Under Secretary of State living a lavish life in Maryland… and also a high-ranking Nazi official who has been in America for 30 years. “The Butcher of Arlev” is immediately established as cruel and horrific very early in the season. What’s his skill? Manipulation and assimilation to American society.

He sends Travis Leich to do his mission work and clean up any messes that he makes to ensure The Colonel is happy. He may (or may not) be flying under the radar now, but it’s going to take a lot of legwork to take this terrible boss down. 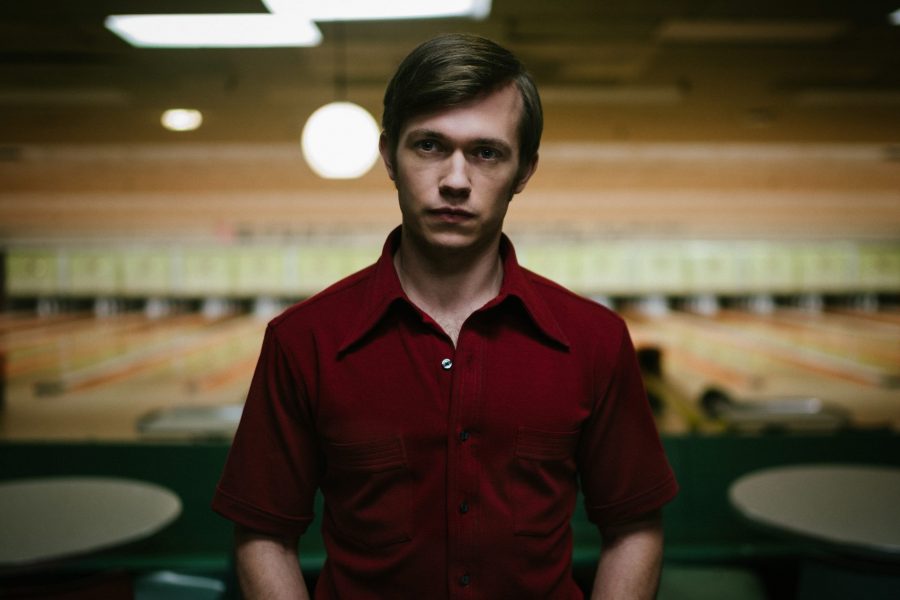 Travis (Greg Austin) is basically a Nazi foot solider who cleans crime scenes, viciously murderers people, and violently blackmails officials into doing whatever he wants them to do. He doesn’t seem to have any emotional compass nor true loyalty to anyone and is moving up the ranks fairly quickly.

This Nazi soldier (John Hans Tester) tortured Jewish people by making them sing in a deadly competition. Now, he’s built a life in America as an award-winning producer and musician who is privy to some important information about the burgeoning formation of the Fourth Reich.

Meyer says this Nazi doctor still haunts him to this day. The Wolf is obviously near the top of The Hunters kill list, but it’s going to take a while to hunt this mystery man down.

Of course, everyone’s motivations and full backstories will become more evident throughout season one. How, exactly, were The Hunters convinced to join this collective? How will they find The Wolf? There’s a lot to answer in this twisted story and a guide to keep it all straight is a total necessity as the hunt continues.