HUNGER GAMES Prequel Novel Gets a Title and Cover - Nerdist

HUNGER GAMES Prequel Novel Gets a Title and Cover

“Panem today. Panem tomorrow. Panem forever.” Also “Panem before,” because as first announced over the summer, author Suzanne Collins is returning to the world of The Hunger Games with a prequel novel set during the 10th annual event, 64 years before Katniss Everdeen volunteered as tribute. And now the book has both an official title and a cover featuring the franchise’s iconic mockingjay.

Scholastic has announced (in news we first heard about at io9) the previously “Untitled Panem Novel” will be called The Ballad of Songbirds and Snakes and will be published next spring, on May 19, 2020. Scholastic clearly expects it to be a smash hit like its predecessors, as it has ordered a first printing of 2.5 million copies in English alone. (Though we expect many, many more to follow. There are over 100 million copies of the first three books.) It will be “published simultaneously in print, digital, and audio formats by Scholastic in the US, Canada, the UK and Ireland, Australia, and New Zealand,” and translation rights have already been sold to 28 different territories. 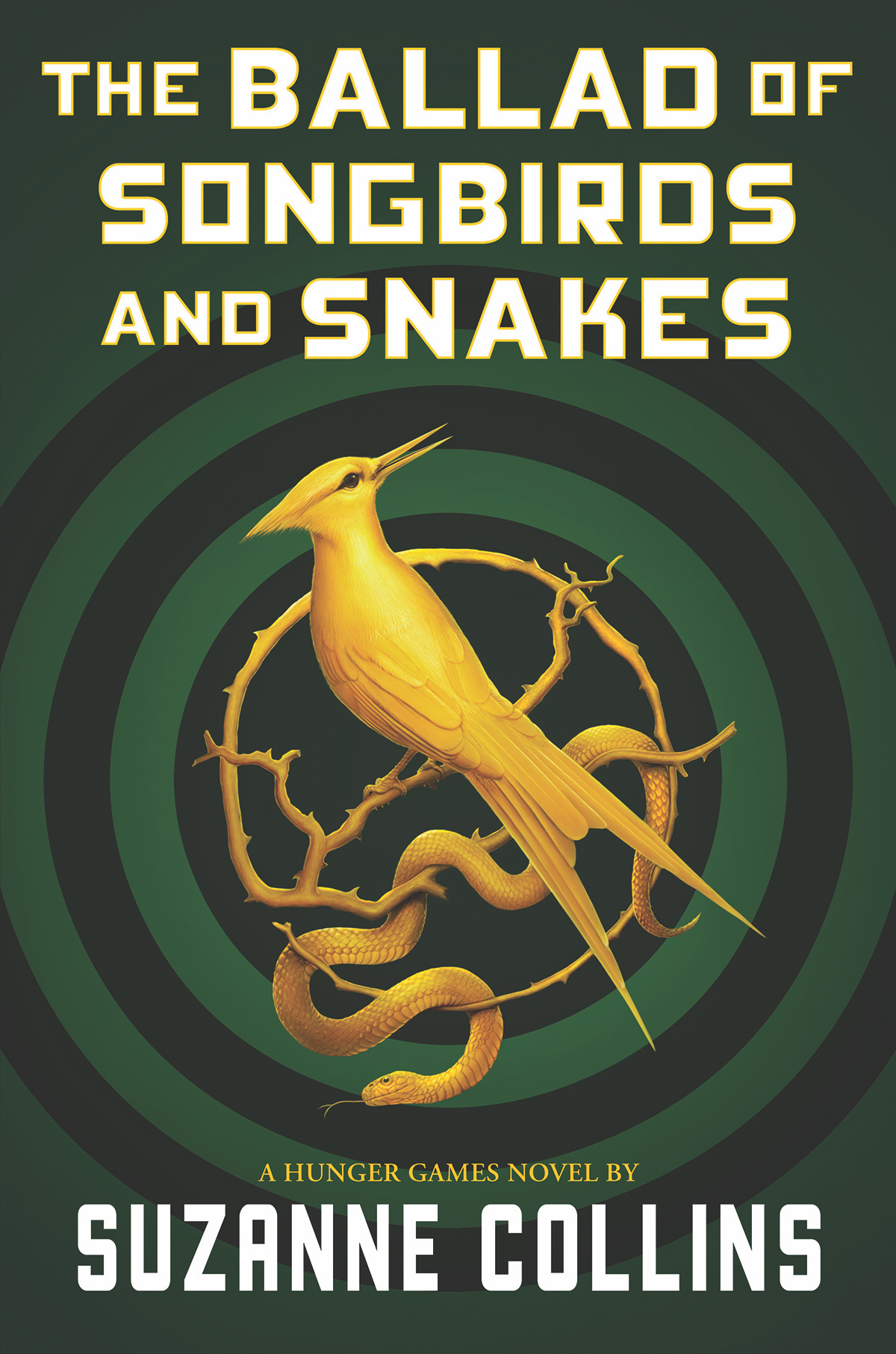 The story will begin on the morning of the reaping of the 10th Hunger Games, just like the first novel did with the 64th Games. As for what will make this prequel different from the original trilogy, here’s how Suzanne Collins has described it:

“With this book, I wanted to explore the state of nature, who we are, and what we perceive is required for our survival. The reconstruction period ten years after the war, commonly referred to as the Dark Days – as the country of Panem struggles back to its feet – provides fertile ground for characters to grapple with these questions and thereby define their views of humanity.”

As for the familiar-but-new version of the mockingjay that will adorn the book, Editorial Director for Scholastic David Levithan said in a press release, “This cover does an extraordinary job of capturing the conflict – both inner and outer – that lies at the heart of The Ballad of Songbirds and Snakes. The mockingjay has returned, but at a new angle…which is very much in line with the story that Suzanne Collins is telling.”

As for a potential movie, nothing has been formally announced. However, Lionsgate Motion Picture Group Chairman Joe Drake said previously he looks “forward to continuing to work closely with [Collins] on the movie.” Because when it comes to the success of The Hunger Games franchise on the bog screen, Box office sales today. Box office sales tomorrow. Box office sales forever.

Who Is Isildur’s Mother on THE RINGS OF POWER and Is She Calling To Him?

TAGGED: The Hunger Games, suzanne collins, THE BALLAD OF SONGBIRDS AND SNAKES