Hummingbird Glasses Turn Your Head Into a Feeder - Nerdist

Hummingbird Glasses Turn Your Head Into a Feeder

Laughing Squid picked up on the video of the hummingbird glasses, which features an unidentified man in Lyons, Colorado. Several outlets have referred to the man as the “hummingbird whisperer,” although it’s unclear if that’s actually this person’s nickname. (Incidentally, a search for the hummingbird whisperer turned up UCLA researcher Melanie Barboni, who has a colony that services over 200 of the little frantic flappers.) 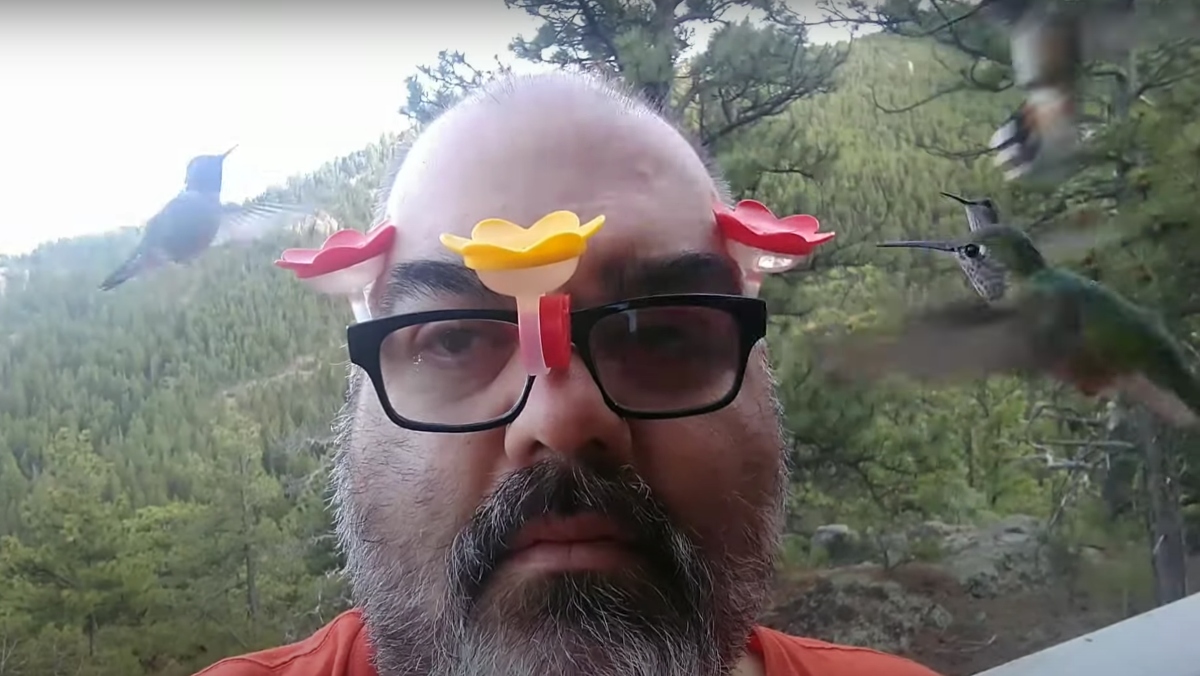 In the video, we watch as the Colorado man remains still as a statue—except for a slight smile that develops midway through the clip—as the hummingbirds feed near his face. It seems that there are about five or six hummingbirds at peak feed, and that they’re all consuming a sugary, watery substance. Perhaps something as cold and refreshing as an icy can of Stranger Things juice.

What is perhaps most intriguing about these hummingbird feeder glasses isn’t the fact that somebody decided to make them, but rather that there are a bunch of other DIY hummingbird feeder contraptions all over the internet. Like the one below, for example, which was created by Spencer Staley and comes via Bored Panda.

What do you think about these hummingbird feeder glasses? Would you wear a pair of these for a day so you could learn more about hummingbirds, or would you prefer to not wear a crown of constant ocular threats? Let us know your thoughts in the comments!