Hulking Out! The Different Tints of Rage - Nerdist

Hulking Out! The Different Tints of Rage

For the average movie fan, the Hulk is and always has been one color: green. But what they don’t know is that Hulks come in a whole host of different colors; each one representing different personalities and attributes. And when it comes down to the Hulk, color makes ALL the difference. Whether it’s Bruce Banner or someone else within the beast, the Hulk has seen many shifts in pigment throughout the years, and we’re here to tell you a little about each version! 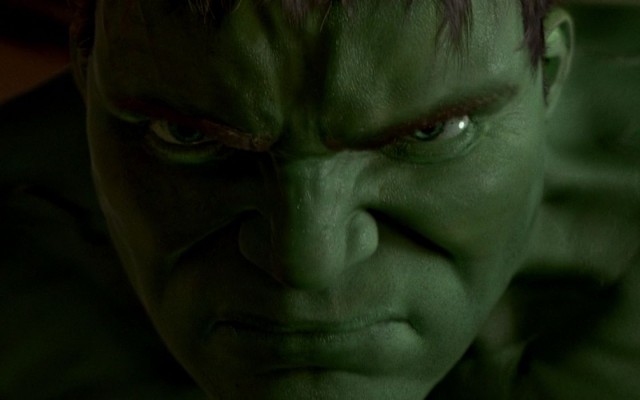 Starting simple and familiar, the most common and typical version of the Hulk is that recognizable jade green that everyone knows and loves. When the Hulk is green, watch out! Whether light or dark, the various incarnations of green Hulk all have one particular trait in common: they’re out of control. When Bruce Banner turns into green Hulk, he loses control of the monster, and the Hulk is a brand new, childish, and angry personality. Most of the time, green Hulk is like a big, dumb bull in a china shop. His aggression, lack of vocabulary, and simplicity of thought often make him easy to manipulate and even more easy to tick off! Other times, Bruce has been able to harness the Hulk’s personality and even been able to take control for a brief moment, but the green Hulk is an unstable force that cannot be contained. But wait…that’s not the only color Hulk. 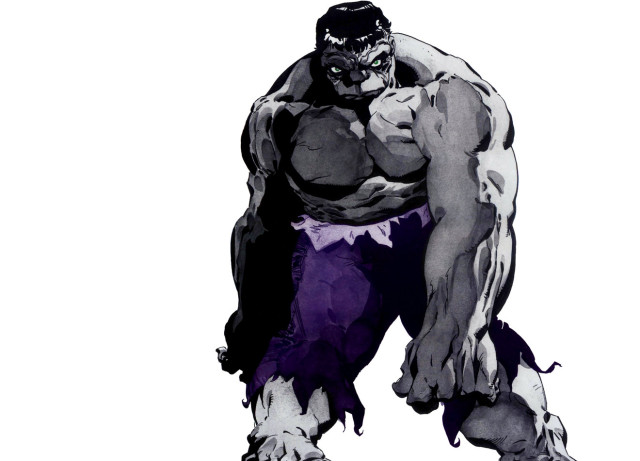 If you run into gray Hulk, you’re probably in the clear…that is unless you give him any reason to not like you. In fact, when Stan Lee and Jack Kirby first started writing The Hulk, he was originally gray, but the printers were having trouble getting the color right. This resulted in Hulk’s print iteration repeatedly coming out looking green. As a result, Marvel made Hulk that more recognizable shade of green to bypass the issue and make it work, Tim Gunn-style. As the years went by, Marvel reintroduced the Hulk as a newer, grayer version of his old self. This new gray Hulk was a gifted, intelligent being with the full awareness and persona of Bruce Banner still intact and behind the wheel, so to speak.

His ability to problem-solve, interact with other characters, and carry well-thought out conversations was much different than the usual green Hulk whom readers had grown accustomed to over the years. At one point, this new gray Hulk — with a sinister and cunning mind — even became a mob boss known as Mr. Fixit. In the end, seeing gray Hulk was often a relief for the other members of the Avengers, because they knew that Banner would at least be able to control his actions. But you never know just how much to trust a Hulk…no matter what color you’re dealing with. 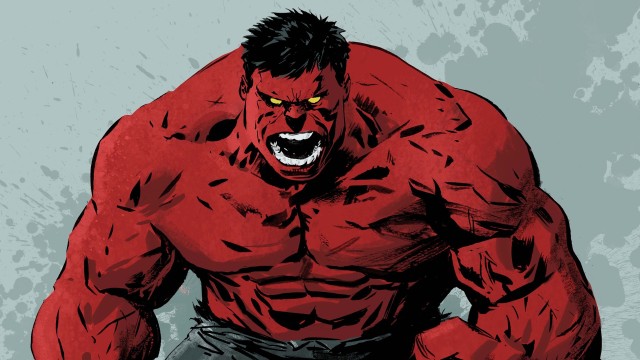 When green and gray aren’t in the picture, odds are, you’re dealing with Red Hulk. Only this time around, you aren’t dealing with Bruce Banner. You’re actually face to face with General Thaddeus “Thunderbolt” Ross, long time antagonist and Hulk-hater who had an unfortunate accident and now rampages as the “sometimes good, sometimes bad” Red Hulk. Ross’ turn as the Red Hulk is still in the fairly early stages at Marvel Comics, but his alter ego isn’t necessarily an evil personality, rather a confused one. Ross’s hatred for the Hulk drove him to become a thorn in Bruce Banner’s side for many, many years. However, as Thunderbolt Ross himself turned into his own type of beast, his relation with the original Green Hulk became quite complicated. Red Hulk is often looked at as an antihero. 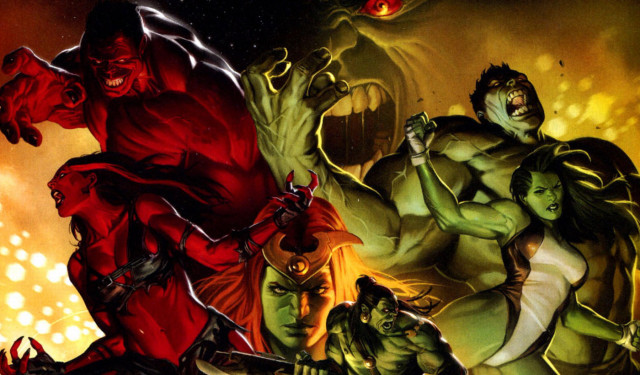 Over the years, the Hulk has gone through many renditions and re-imaginings. He’s been a crime boss, a war lord, a demon, and an alien…but nothing could ever stop us from loving this iconic Marvel hero. Sometimes you’ll even see some of the Hulk’s friends and enemies, like A-Bomb, Abomination, or She Hulk go through their own shifts in color.  No matter the color, Hulk is always a reckonable force.

Which Hulk is your favorite? Let’s dissect their merits in the comments.