NASA’s Hubble Space Telescope has beamed back to Earth new images of Jupiter and its iconic anticyclonic storm. The images, which Hubble took when the gas giant was 406 million miles from Earth, offer a “weather report” of the planet. And it looks like there’s a new storm traveling at 350 miles per hour that’s probably worth keeping an eye on. 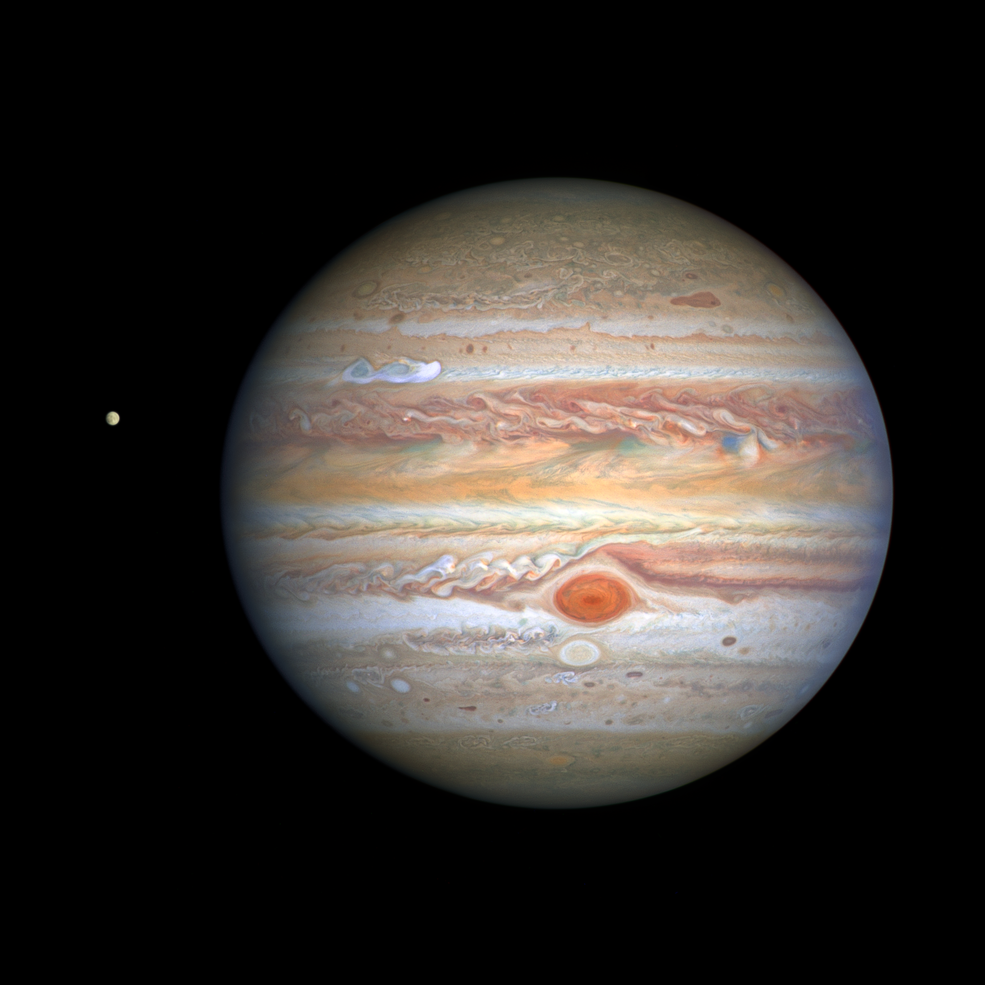 Hubble snapped the new images—above and immediately below—on August 25. The top image is true color, while the one below is based on ultraviolet, visible, and near-infrared light.

The 350-mile-per-hour storm, NASA said in a press release, is an exciting detail of the images. Hubble happened to be in the right place at the right time to capture the storm, which looks like a milky gray mustache in the upper left-hand quadrant of the planet. It looks elongated (and almost like an infinity loop?) thanks to the atmospheric disturbance in its wake. 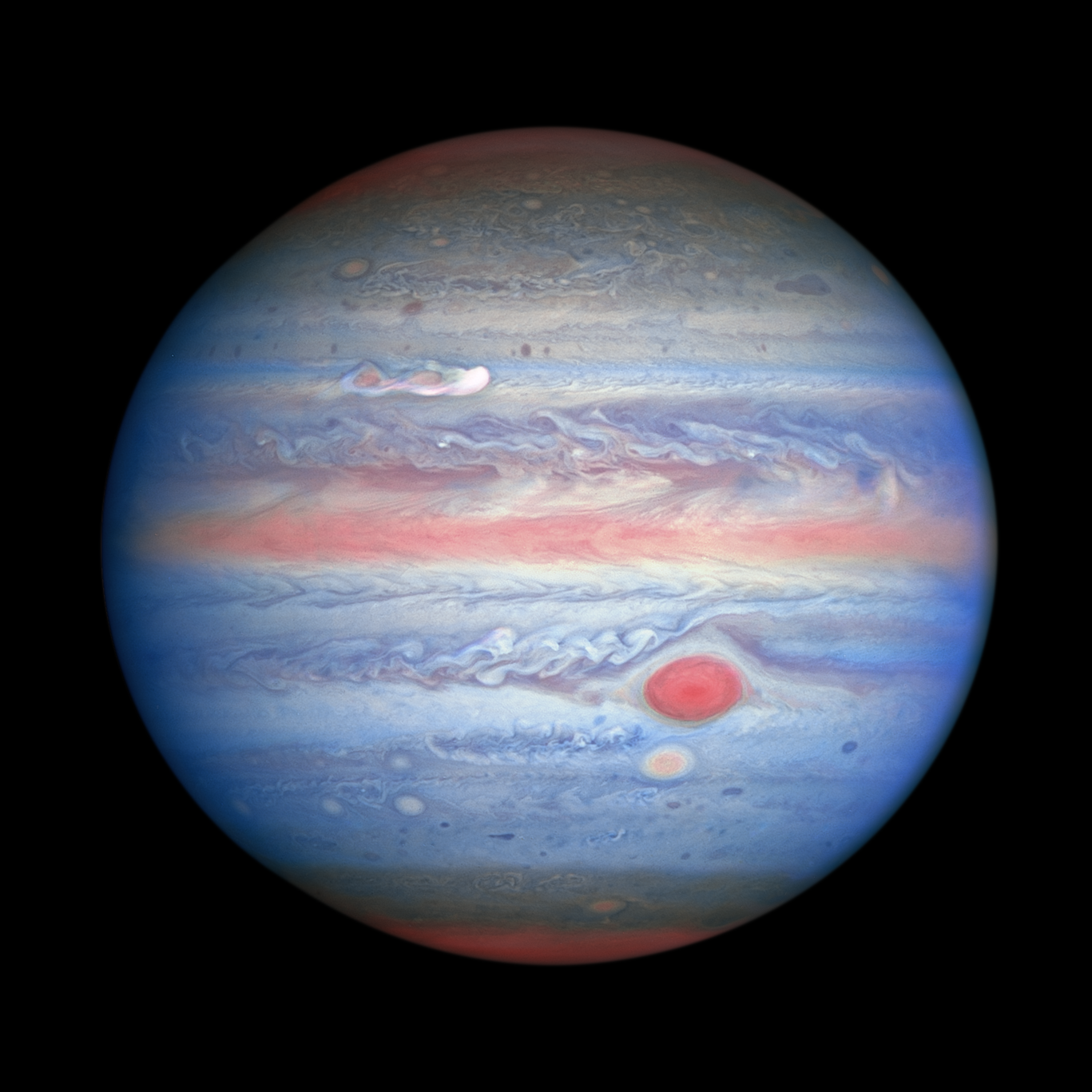 It isn’t exactly clear how large the “stretched-out” white storm is, but it’s certainly far larger than any storm we encounter on Earth. Jupiter’s Great Red Spot, for reference, is 9,800 miles across, making it wide enough to swallow our planet. (Earth’s diameter, for those now wondering, is roughly 8,000 miles long.)

Speaking of the giant anticyclonic storm—which rolls counterclockwise in the planet’s southern hemisphere—NASA says it is currently “an exceptionally rich red” color. The storm has also apparently been shrinking over time; a phenomenon astronomers have been observing since the ’30s.

The Great Red Spot, a storm big enough to swallow Earth, is still shrinking. Beneath it, “Red Spot Jr.” continues to rage and change color, while a new storm brews in the north: https://t.co/Zg6i8mv61S pic.twitter.com/ySyVuemtcb

Other features worth noting in the images are Oval BA, a smaller version of the Red Spot that astronomers have dubbed “Red Spot Jr.,” as well as Jupiter’s moon, Europa. Red Spot Jr. is located below its larger cousin, while Europa is on the left-hand side of the top image.

What do you think about these new, crisp pictures of Jupiter? And who else wants to see a visualization of Earth inside the Great Red Spot? Let’s get some thoughts swirling in the comments!