HOWLING VILLAGE Is a New Nightmare from Takashi Shimizu - Nerdist

HOWLING VILLAGE Is a New Nightmare from Takashi Shimizu

The boom of Japanese horror movies in the early 2000s was one of the most exciting international film movements we’d seen in quite a while. The energy, the striking visuals, and the get-under-your-skin dread has made so-called J-Horror a favorite of scare hounds for over 20 years now. One of the most important filmmakers of that cycle is Takashi Shimizu, the creator of the Ju-On series, also known by its English-language name The Grudge. Shimizu directed both the Japanese film and its first sequel, and the American remakes of same.

Shimizu’s latest horror film Howling Village is heading stateside, and we’re excited to share the exclusive trailer with you now.

If you’re familiar with Shimizu’s cinema, you’ll no doubt recognize some of the hallmarks. Ghosts with stick-straight hair and weird movements; creepy, crackly guttural noises; family histories coming back to haunt; and your usual nigh-apocalyptic supernatural events. Those with a predisposition for those kinds of scares really ought to brace themselves for Howling Village. 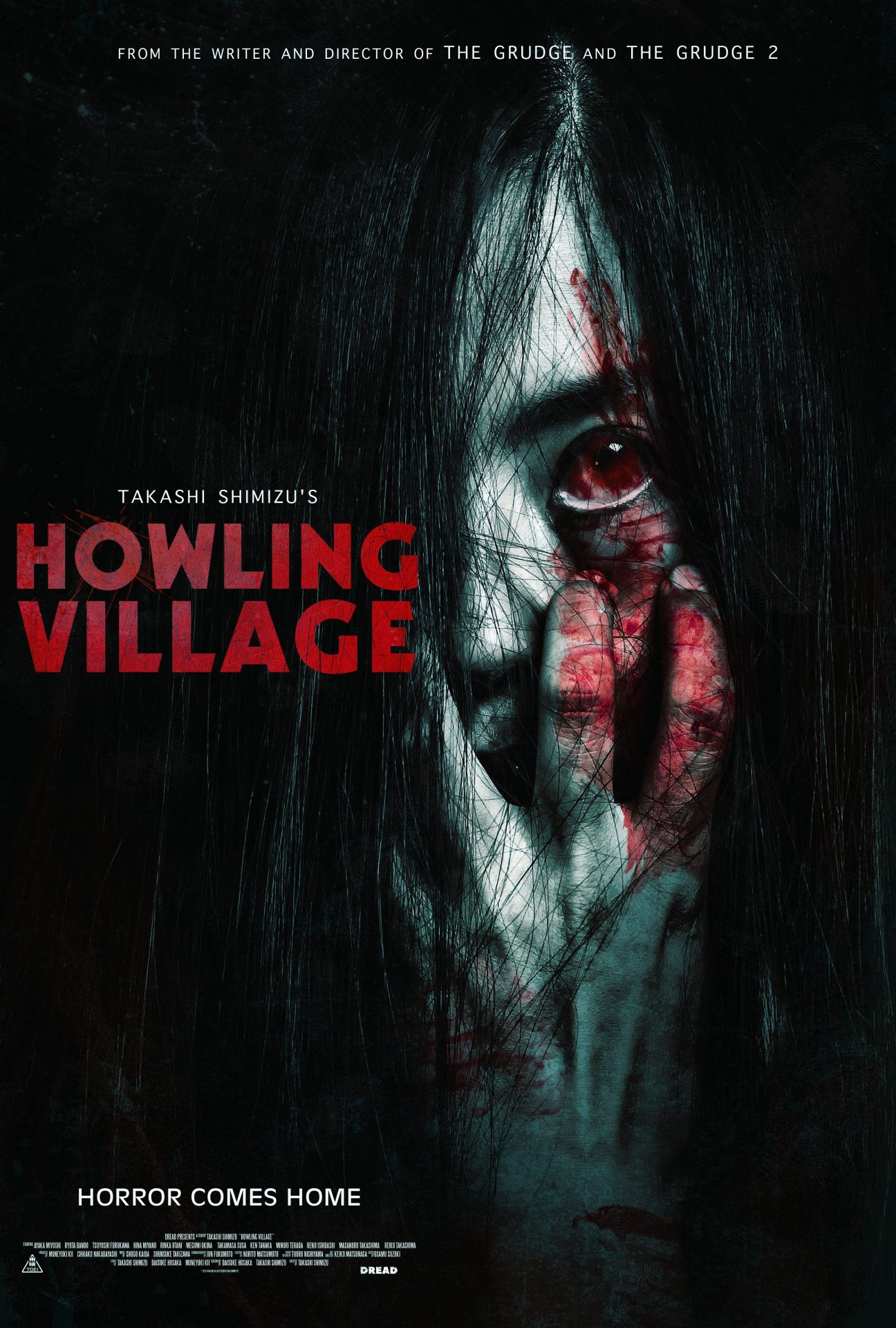 After her brother goes missing, Kanade, a young psychologist visits his last known location, an infamous haunted and cursed site known as ‘Howling Village’ to investigate his disappearance. Her investigation reveals that the village’s mysteries are connected to her family and works to uncover her family’s dark history.

Shimizu’s directing career began in the late ’90s before he unveiled his first V-Cinema (or Japanese direct-to-video, shot-on-video) feature, Ju-On: The Curse. The film first created the lore behind the now iconic horror villain Kayako, a ghost born of the hatred and anger left behind after she died. A second Curse film followed before Shimizu got to translate it to the big screen with his two Grudge films, followed by the two American versions.

Since then, he’s had a steady career mixing horror outings with other fare, such as fantasy and comedy. He even directed a live-action version of Kiki’s Delivery Service in 2014. We’re stoked to see more of this thoroughly interesting and influential director.