How To Roll A Dungeons & Dragons Spec Ops A-Team - Nerdist

How To Roll A Dungeons & Dragons Spec Ops A-Team

Dungeons & Dragons probably isn’t among the first things you think about in relation to the real world military, since it’s set squarely in the realm of swords and sorcery. But D&D is also a highly flexible system, where personal improvisation and adaptation are given equal weight alongside the core rules of the game. If you want to set your D&D campaign in a more militaristic world, you can absolutely do that. This article aims to show you one method how.

The U.S. Army Green Berets are one of the most widely known components of America’s military. Their mission objectives, organizational structure, and training help make them one of the most elite fighting forces in the world. These elements can also be brought to bear in your D&D games, by creating characters fashioned in the style of a Green Beret A-Team.

This article deals with a real world Green Beret A-Team here, not the popular 1980s TV series The A-Team. If you want to create an A-Team like that, go ahead, that would probably be fantastic! But this article will briefly cover how an actual Green Beret A-Team is organized and functions, and how that translates into D&D terms. 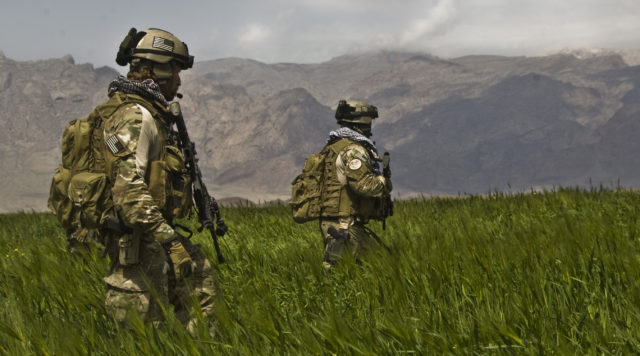 A typical A-Team consists of 12 Green Beret soldiers, each with a specific skill set to fill exact roles within the group. D&D parties generally aren’t that large, with most closer to about half that size. That works well here, since A-Teams have six set roles that render best in D&D terms. Those roles are Team Leader, Communications, Engineer, Intelligence, Medical, and Weapons.

A D&D Team Leader would be one or two levels higher than the rest of the party, portraying their greater experience. The D&D Team Leader should also be trained in a variety of skills, rather than focused on a set few. Some prime Feats include Inspiring Leader, Skilled, and Weapon Master.

The A-Team Communications soldier handles all aspects of communication for the team. They are the link for verbal, written, and coded communications between the group and everything else.

The A-Team Engineer is adept at the construction and destruction of buildings, bridges, and field fortifications, as well as demolitions and improvised munitions. The Engineer gets the team into places they need to be, denies enemy entrance into places they don’t need to be, and can set landmines and IEDs to make enemy wish they weren’t in those places at all.

A D&D Engineer is the master of crowd control during and outside of encounters. Area of effect spells that slow and restrain the enemy, being equipped with a hammer and spike to keep doors securely closed, and the ability to help the party overcome difficult terrain, and move silently and quickly, are examples of an Engineer’s necessary skills. Wanted Feats include Dungeon Delver and Sentinel. 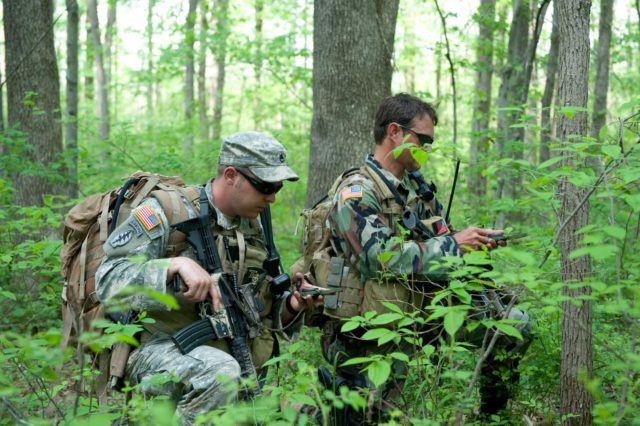 The A-Team Intelligence soldier prepares and advises the team on all aspects of a mission, such as tactical and technical guidance, and any and all information available and deemed necessary to accomplish a mission successfully.

In D&D, an Intelligence character would have that as their highest stat, preferably matched by their WIS score. Encounter skills such as creature identification, history, and investigation are firmly held by the Intelligence character. Supporting skills include spells such as Identify, and any of the Detect and Locate spells. Feats include Alert, Keen Mind, and Skilled.

The A-Team Medical soldier is the health and healing expert of the group. They provide common and emergency medical care for the team, including trauma, disease, and surgical procedures, and are also skilled in basic veterinary care.

A competent healer is a crucial member of any D&D party, and the primary Medical character should have the skills to be that, while also being highly combat-efficient. Current D&D healing is primarily done through divine and arcane means, but with some imaginative tinkering, you can have a healer who doesn’t rely on those. Look to the Medic Feat in Unearthed Arcana: Feats for Skills as an example to take inspiration from, along with the Healer and Mobile Feats.

The A-Team Weapons soldier is the one most skilled in the knowledge and use of weapons of any and all types. They also advise the team on enemy weapon types, and give tactical guidance on how to overcome them when encountered.

A D&D Weapons character will be trained and proficient in a variety of physical weapons, including improvised weapons and unarmed fighting. They will have above average knowledge of what weapons creatures use, from held weapons to natural weapons. They may even be adept at crafting weapons, stock and improvised. It would be good to also include knowledge and use of armor and shields in the Weapons character’s skillset, along with battle tactics. The majority of Feats are connected to weapons and fighting, so it depends a lot on selecting the ones you feel are best for your race, class, and personality.

There are copious other items that could be listed with each role, but this article is mainly just to alert you that such a group can be done. It’s up to you to decide if and how you want to do it your way. And I hope you do!

Do you play a strictly military-styled character in your D&D game? Tell us in the Comments!