Don't Be A Snob: 3 Easy Tips To Get Others Into Hobby Games - Nerdist

Don’t Be A Snob: 3 Easy Tips To Get Others Into Hobby Games

“Hey, we’re having a board game party. We’re thinking maybe Monopoly and Charades. You in?” When you find yourself invited to such a gathering, your first impulse might be to chastise them for choosing terrible mass market drek and instead suggest the clearly superior hobby games. But if you indulge that inclination, you’ll be a snob. And no one wants to game with a snob.

But that doesn’t mean you can’t evangelize for the hobby games that you know in your heart of hearts are clearly superior to the suggested titles. And you can do it without being arrogant or putting down people that are just looking to have a good time. Here are some tips on how to avoid being the board game snob.

Suggest New Games By Focusing on the Positive 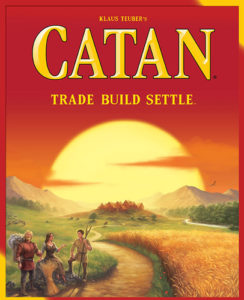 It’s easy to trash talk Monopoly. I mean, it’s not like it doesn’t give you a lot to work with. But when you talk about all the negatives of a game, it makes you the jerk. After all, these are folks who are trying to put a fun night together. And if you just trash their whole idea, then they’ll regret even inviting you.

But that doesn’t mean you can’t make suggestions. You just need to do so positively. Try to avoid saying, “Monopoly is garbage. I have better games at home.” Instead, maybe something like, “Have you guys played Catan? It has trading like Monopoly, but there’s no player elimination so no one has to be ‘out.’” Or even something like, “Cool! I’ll bring Ticket to Ride. You get to build train routes all over the U.S.!”

By focusing on the positives, it makes you seem enthusiastic for the whole game night concept (which you should be). Plus, it doesn’t put down their ideas. In fact, rather than tearing down what they’ve come up with, you’re building upon it. And that is much more welcoming and the other folks are much more likely to try out a good hobby game.

Suggest a Few Games – Not Your Whole Library 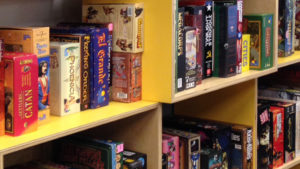 Hobby game enthusiasts tend to have a significant collection in their home. Any collection, really, will seem large and unwieldy to non-gamers. And when someone suggests a game night, it can be tempting to rattle off ten or fifteen titles – or even link them to your collection on BoardGameGeek. But that’s a surefire way to Snob Town.

If you bombard them with titles, rejection is an almost automatic response. Most people don’t like learning new rules. So if you suggest ten games, all of which they’d have to learn, it sounds like a lot of work. Work being the opposite of fun. It may seem to them best just to return to Monopoly so that they don’t have to be taught. It can also look like you’re showing off. “Look at how big of a gamer I am, puny mortals!”

Instead, keep suggestions to a minimum. Focus on maybe one or two titles. That way, it seems like you’re excited for game night and are bringing an extra option or two. You aren’t trying to dominate playtime with your games – you’re merely adding to what was already there. You’ll be surprised how receptive people will be to a single suggested game over a whole list of things they don’t know.

Focus on What They Want to Play 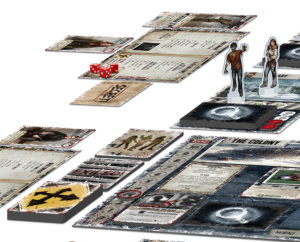 “Monopoly and Charades? Guys, you should be playing Dead of Winter or Blood Rage.” That right there may be the biggest snob thing you could do. Not only does that denigrate their fun, but it also puts your personal preferences above theirs.

By and large, gamers love to indulge in their hobby. But if the folks inviting you over want to play party games or other lighter fare, then bringing up relatively heavier strategy games is not the way to go. If they like charades a good alternative is not Power Grid. It’s perhaps Time’s Up. If they are thinking about Monopoly, then Mage Knight is not a good choice.

In other words, don’t tell them what you think they should be playing. Instead, focus on fun hobby games that fall into the niche they are looking for. Know your audience and give them what they want. If you do, you’ll be surprised how willing people are to try new things.

Any other tips to avoid board game snobbery? Tell us in the comments.