Licensed games are an excellent way to get friends hooked on tabletop games. The best licensed games help players feel like they are part of the media they love. The Battlestar Galactica board game, for example, makes everyone at the table paranoid about Cylons, while The X-Wing Miniatures Game feels like a tightly wound dogfight where just a millimeter of difference in positioning can mean the difference between coming home the winner or coming home at all. Many modern RPGs do their best to get the fictional feel of their games to seem like the shows they are allowing players to experience. One licensed RPG, all the way back in 1986, broke a lot of ground in the area of being “fiction first” and influenced modern game design in profound ways.

When the Ghostbusters RPG was released in 1986, tabletop RPGs were only recently starting to break out of the class and level systems laid out by  Dungeons & Dragons. The rules for the game took their cues from the film and were just as irreverent as the main characters. The main quartet of Ghostbusters from the film even show up throughout the original rulebook to pepper readers with a running Mystery Science Theater 3000 style commentary throughout the rulebook. The other game materials also offered a fun spin on a campaign concept. Inspired by the line about Venkman’s line referring to franchise rights, campaigns were encouraged to be able other Ghostbusters franchises outside of New York City and included documents to hand out to players like certifications for a more authentic feel. 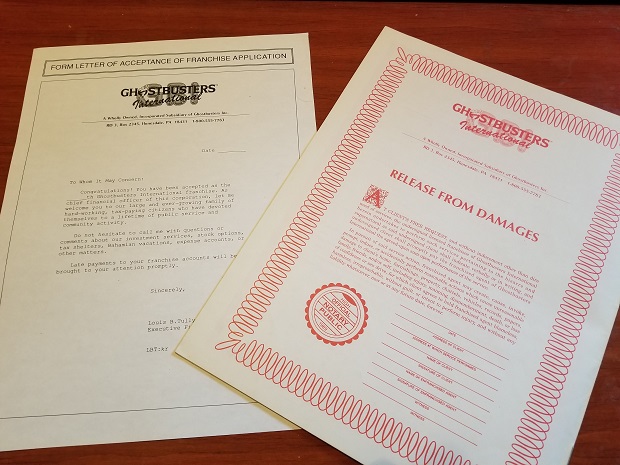 The light tone of the rulebook also helped to mask a revolutionary idea; not following the rules of an RPG was okay if everybody was having fun anyway. The Ghostbusters we know and love broke the rules all the time. If we’re aiming for something that feels like the movie, shouldn’t the game be the same way?

The Ghostbusters RPG was the first game to use dice pool mechanics where several dice were added together to defeat a target number. By using six-sided dice it also allowed non-gamers easier access to the rules. Each character was made up of four attributes and each attribute was bolstered by a single specialty skill. If your character had a Moves of two, that was average, but if their skill was Bustin’ Ghosts, they added three dice for a total of five, which could allow them to pull off some tricky shots.

Equipment and encumbrance was handled by how much a character could hold in one hand or two. Gone were lengthy character creation processes and tricky math about how many feet of rope someone could conceivably carry. Ghostbusters RPG wanted players to get down and bust ghosts within a half hour of sitting down to play. 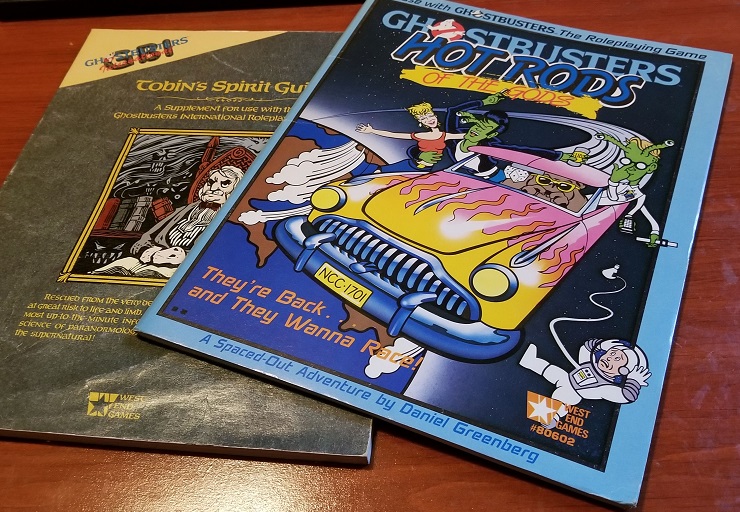 This RPG played fast and loose with its rules, but it also introduced some very interesting ones. The game had Brownie Points as an in-game currency to spend that allowed players to add dice to any roll to help it succeed. These points also doubled as XP, but the assumption in the game was that they were very rarely spent for that purpose. Characters remained fairly static, which felt right given the nature of most media. The points were also given out not by how many bad guys were slain but by how well the players emulated the genre. Ghost Masters were encouraged to hand out points for witty quips, clever solutions and imagining weird science gizmos instead. 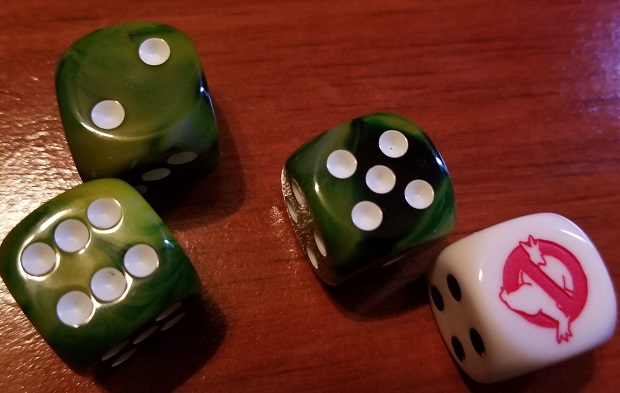 The biggest change at the time was the Ghost Die. One of the dice that came with the game was branded with the famous logo from the film. Everyone who rolled put that dice in their pool and when it came up, it introduced a complication to the character’s action. If the character succeeded with a Ghost Die, perhaps there was a cost to the success or it had some unintended consequence not expected by the players. If the die came up in a failure, the failure was encouraged to be worse than the player feared or shown the problem was bigger than everyone thought. Ghostbusters played these ideas for laughs, but the additional narrative weight of the Ghost Die can be seen in games today like the hard/soft moves of Powered by the Apocalypse or the threat and advantage mechanics of Fantasy Flight Games’ Star Wars RPGs.

Speaking of Star Wars RPGs, longtime fans of the original game are probably going through a little bit of deja vu if they haven’t played Ghostbusters before. A lot of the concepts made it into the West End Games version  Star Wars Roleplaying Game like the simple dice pool mechanic and the desire to get up and running as quickly as possible. The Ghost Die influenced the Wild Die of later editions, which became an example of one of the first exploding die mechanics in RPGs. Characters also could eventually spend Character Points for extra dice like they could Brownie Points.

The game didn’t have as much of a direct influence on the IP as the  Star Wars RPG did, but it expanded the supernatural creatures beyond ghosts (much like the cartoon) and was a clear inspiration for this video that played before the old Universal Studios attraction.

The Ghostbusters RPG got a second edition in 1989 as a tie-in to the release of the second film (my copy of this boxed is the one used throughout the article) . Since then, the game has been sadly out of print and can only be found at second-hand stores and online used bookstores. A few fan groups have kept the game alive with sets of components and even a retroclone release of the same concept. Fans of the film and early game design should definitely check it out, but I would love to see an anniversary edition like its younger sibling rise up soon to allow a new generation to discover how busting makes them feel good.

What is your favorite licensed RPG, and why? Let us know in the comments!