How THE BAD BATCH Offers Hope For the Galaxy - Nerdist

How THE BAD BATCH Offers Hope For the Galaxy

Sure, Star Wars is about intergalactic dogfights, defeating space fascists, and good triumphing over evil. But at its heart, it’s always been about one thing: hope. The new animated series The Bad Batch continues that legacy. Set directly after Order 66 we join the titular clones as they deal with the fallout. That devastating Jedi genocide hardly seems like a hopeful setting. However, when we chatted to producer and head writer Jennifer Corbett and her fellow producer Brad Rau, the pair were eager to share how the new addition to the Star Wars canon builds on the classic themes of hope and standing up for what’s right.

In case you’re not already a fan of the titular ragtag group of clone troopers here’s what you need to know. They were first introduced in The Clone Wars. Each clone has a genetic deficiency which gives them a special skill. But most importantly in the context of this series that also allows them to think for themselves. For producer Brad Rau, their outsider status is key to their popularity. “That speaks to all of us. It’s really awesome to have this misfit group of people that don’t really fit in anywhere. I identify with that tremendously.”

It’s not just that misfit mentality, though. The real power of the Bad Batch comes from their roles as the underdogs in a greater David and Goliath battle with the Empire. “How anybody can make a difference is a big deal! What that difference means is not always blowing up the Deathstar,” Rau explained. “Sometimes it’s something smaller.” 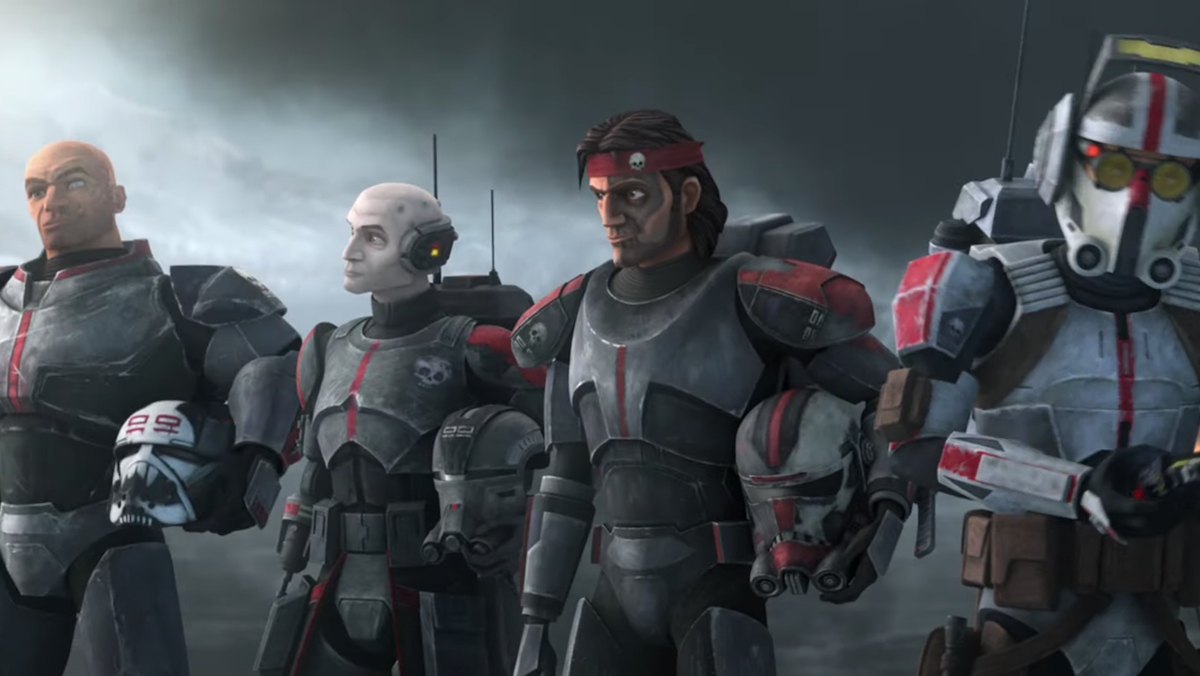 That aspect of adapting to change and trying to find small ways to do good was something Rau was really excited for viewers to see. “I think some of those stories where our characters have to survive in this changing galaxy and realize that they have to resupply but they can’t just go down the hall to get the new equipment, like how does that work? Those are the things that we deal with. And I think seeing these soldiers that are so good at being soldiers have to not be soldiers, and how they interact with young Omega, is when it gets really good.”

The Bad Batch are also unconventional action heroes. The people in charge all perceive them as “defective;” an interesting analog for disability in the galaxy and how society treats those it deems different. “I love that part about them,” Corbett told Nerdist. “That’s why I responded to their arc in The Clone Wars so strongly. Even though according to the canon they’re considered defective, they are still highly skilled. They don’t apologize for being different, they embrace it because it’s just who they are. They’re still very capable, and I think that’s just an important thing for us because you don’t always have to fit in with the mass society in order to have this existence. Watching them make decisions and come to different realizations as they’re charting their own course and figuring out really who they are as individuals is really exciting.”

The first episode of The Bad Batch hits Disney+ on May 4.