Played over 12 chapters, The Assembly lets you take turns playing as Cal Pearson, a veteran scientist who is investigating a secret project at the titular company, looking for details about research that may be going too far, and as Madeleine Stowe, a scientist who has been invited to join the organization. When you play as Stowe, the tests the Assembly put you through include everything from box puzzles you would expect in a mobile game, to a murder mystery and other psychological exams. From these tests, players begin to get an idea about what values the organization has.

“The Assembly’s goal is to fund and research science without being strained by ethics and laws. It’s a chance to explore the morals and the ethics that exist in an area like this, when you have people working without the usual constraints. At the same time, we’re not trying to tell the player what’s good or bad. We are trying to show them two different perspectives and let them come to their own conclusions,” says Jamie Whitworth, The Assembly‘s Game Director.

Like many PC games, The Assembly is played in first-person. But besides running on typical computer monitors, it also supports virtual reality–both the Oculus Rift and the HTC Vive headsets. VR helps immerse you in the labs and testing facilities of this questionable organization.

“We wanted to create a title which we see as the perfect introduction to VR. There are a lot of great VR titles out that are fast, intense experiences, but very short-lived. Players want to sit down and enjoy a much more fully formed game,” said Whitworth. “We’ve built the pacing and the controls around the player just being able to explore and enjoy at your pace.”

The main mode of movement is a teleporting mechanic that others have used, such as in Cloudhead’s game The Gallery. You hold a controller’s shoulder button, you look where you want to go, a ghost of you stands at the destinations you consider. You let go of the button and you’re there. This alleviates the discomfort from walking via analog stick.

The Assembly refines the teleport mechanic. When you see the ghost of where you will go, it sticks at hot spots, such as where to operate a computer or open a door. This gives you confidence that you’ll be in the right place, thus exploring a room is less frustrating.

With movement done via teleport, the left-analog stick is used for fine tuning. It works like a typical FPS, but in tiny steps to adjust where you stand, so you can reach over to the other side of a desk, for instance. These small steps don’t trigger any discomfort. And since you’re playing in VR, you can also lean your body or take half-steps with your feet.

Since you look around with actual head movement, the right analog stick is freed up for instant turns. I want to turn 90 degrees, but don’t want to physically turn my body? I just push to the side on the right analog. And I tap down to instantly turn backwards. This speeds up movement, lessening the frustration felt in a slow game. And since it is sudden, without the camera rotating, you don’t get nauseous. 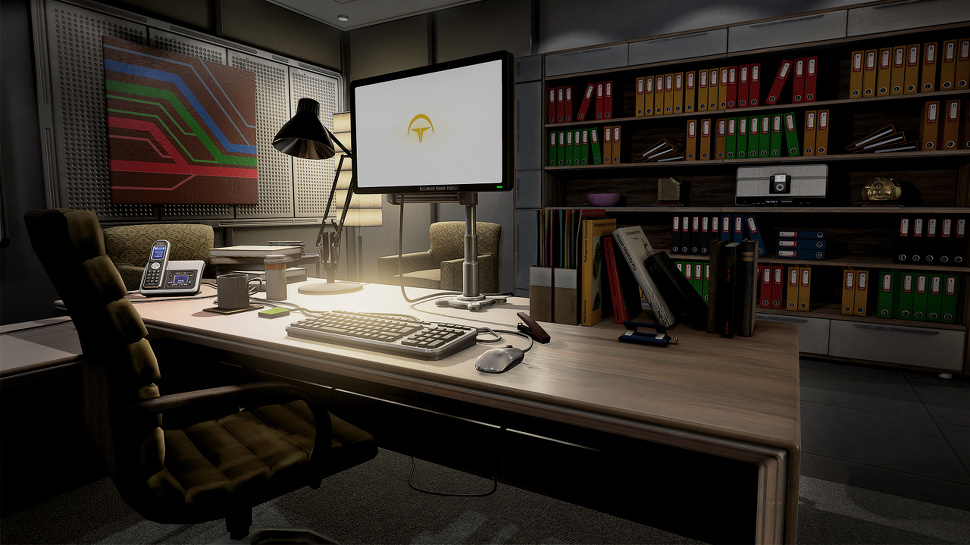 The launch of The Assembly also has a hybrid approach. It’s being released for PC on July 19 for $20. The VR version, being released for the Vive and Rift, will be $30. And the standard version can be upgraded to VR for $10. A PlayStation VR version will come after that headset launches in October. From consoles to PCs, from VR to flatscreen, players of all types can soon investigate this tale of mad science.

What VR control schemes worked for you in VR? Tell us in the comments below.

How Microsoft Is Making A Modern RTS With Halo Wars 2

INSIDE: The Most Beautiful and Horrific Journey You Need To ...

Legend of Zelda Is Now A Tale of Survival