How A Magic: The Gathering Player's Passion Built An Awesome Game Store - Nerdist

How A Magic: The Gathering Player’s Passion Built An Awesome Game Store

Nick Coss, owner of Top Deck Games in Westmont NJ, has a long history with Magic: The Gathering. “I have played Magic for over 20 years, since being introduced to it over lunch in fifth grade. It was certainly my gateway drug. I played more and more, and eventually was hired to work at a game store, where I worked there for several years selling their Magic Singles in store and online. While working at that store, I began fending for myself at larger regional events and began building my own event/convention/online based business. In 2010, I decided to open a brick and mortar location and take my business to the next level.” 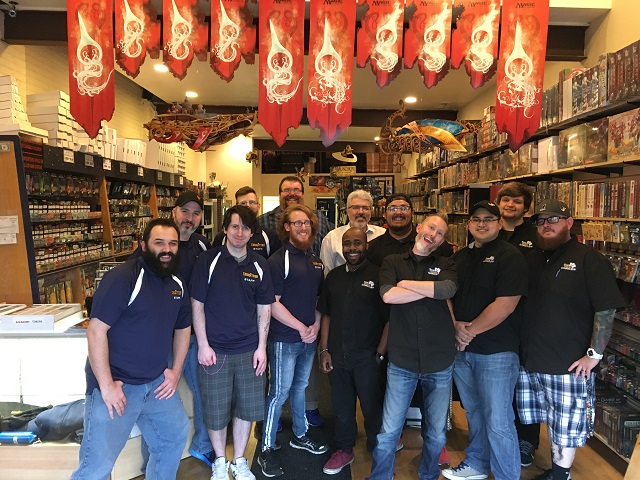 Since then, Top Deck Games has become a pillar of the Magic community. The store itself is 3500 square feet and divided into 3 sections; the main retail space, and two smaller gaming rooms that can each accommodate 50 – 60 people. They continue to sell Magic cards both online and in store, but most impressively is their dedication to the Magic community, “Magic: the Gathering is our main specialty, so much so that we are the exclusive hosts of the Magic Vintage and Legacy North American Championships each year (known as the Eternal Weekend), though we use our Card Titan branding for that event.” That was Julian Palermo, a member of the Top Deck Games team from day 1, and the person responsible for running the online side of the business, which is known as Card Titan.

This dedication is impressive, but don’t think that Top Deck Games isn’t there for all of your game store needs. According to Julian, “We do spread our focus to many other games. We hold weekly events in YuGiOh, Pokemon, Warhammer 40K and Age of Sigmar, Warmachine/Hordes, Star Wars X-Wing, Dungeons and Dragons, and tons of board games. We also have larger events on the weekends, mostly for Magic, but the occasional Star Wars or Warhammer event isn’t uncommon.”

Nick credits the success of Top Deck & Card Titan to the incredible staff he has, “I believe very strongly in customer service and it’s ability to create a positive experience for customers. I believe that a game store is there to create and share entertainment, happiness, and other positive feelings. My store succeeds because we focus on our customers and their needs, and prioritize their happiness whenever possible.” 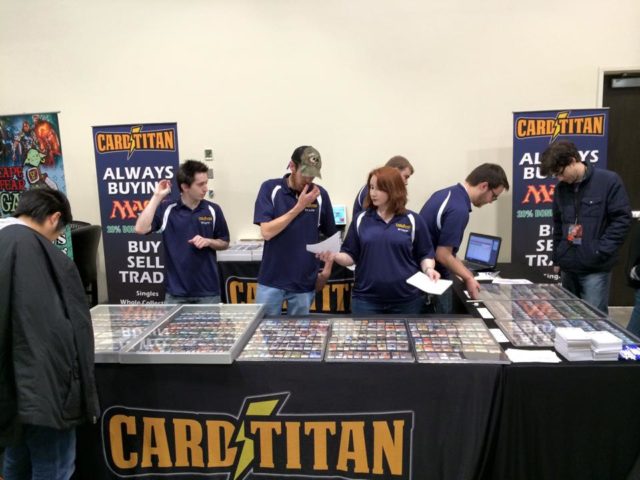 This approach is incredible when you remember that a game store is still a business, with all of the problems that other businesses have, “Running any business, even a game store, is immensely complex, and involves much much more than just games. Behind the scenes you have to be on top of budgeting, accounting, insurance, taxes, ordering correctly, managing employees, advertising, and doing everything you can to ensure your business succeeds. Remember, with any decent sized game store, there are now many people working for you that depend on your stores continued success.” The thoughtfulness of realizing that their amazing staff depends on the store’s success for their own liveliness makes Nick and Top Deck Games stand out.

They also support community programs. “Just recently, we donated thousands of Magic cards to a teacher for an after school program.” We’ve talked about how tabletop gaming helps the community, and obviously, after-school programs do a lot of social good. Top Deck Games is clearly doing a lot within their local community to help create the next generation of gamers. As someone who recently started playing Magic with my kid (playing in a couple Amonkhet pre-release events), I think that the students participating in that after school program are in for an amazing treat.

Top Deck Games is located at 55 Haddon Ave, Westmont, NJ 08108. You can visit their website and find them on Facebook.

What was the first game you played that opened your eyes to this incredible community? Let us know in the comments!