HOUSE OF THE DRAGON's First Footage Is Officially Here - Nerdist

HOUSE OF THE DRAGON’s First Footage Is Officially Here

The haunting score, the schemes, the hint of wars to come, we’re officially back on Westeros, baby. It’s been quite the ride since HBO revealed plans for a Game of Thrones spinoff. First there was the five pitches floating around, then the canceled pilot. Things were a bit fraught in Thrones spinoff territory. But, from the ashes The House of the Dragon rose, and now we have our very first look at the upcoming TV series. And, we have to say, it has us pretty intrigued.

The upcoming series, based on George R.R. Martin’s Fire & Blood, is a deep dive into the Targaryen family. According to HBO, the series takes place 200 years before the events in Game of Thrones—meaning we’re steamrolling towards a Targaryen civil war. Which, of course, is known as “The Dance of the Dragons,” and is the deadly war that brought dragons to extinction… well, until Daenerys shows up more than 100 years later.

The trailer also gives us a glimpse of just a few of our major players. There’s Paddy Considine on as King Viserys I; Olivia Cooke as Alicent Hightower; Rhys Ifans as Hand of the King Otto Hightower; Steve Toussaint as Lord Corlys Velaryon; Fabien Frankel will play Ser Criston Cole of Dorn; Sonoya Mizuno as Mysaria; Emma D’Arcy as Princess Rhaenyra Targaryen.

And, of course, Matt Smith as Daemon Targaryen, who, in the chilling voiceover, says, “Gods, kings, fire, and blood. Dreams didn’t make us kings, dragons did.” 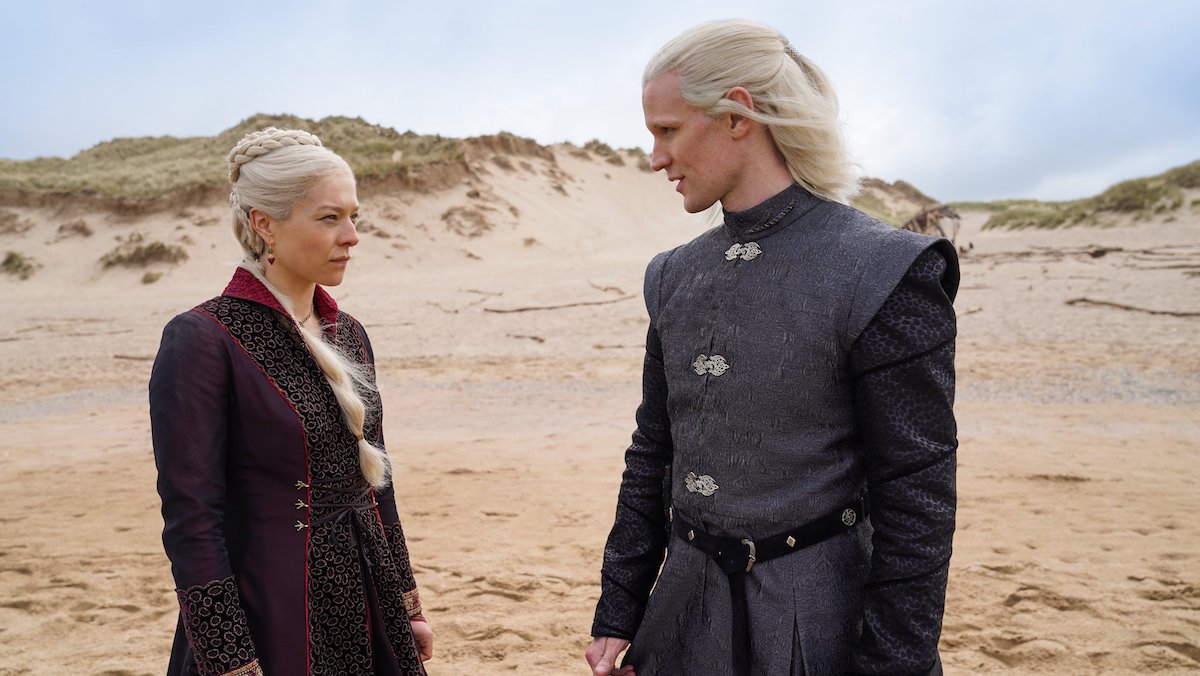 In addition to this exciting first glimpse of the series, HBO also revealed a slew of new casting additions, all related to Toussaint and Best’s characters—so extended members of the Targaryen clan. They are Wil Johnson as Coryls Velaryon’s younger brother, Ser Vaemond Velaryon; and John Macmillan, Savannah Steyn, and Theo Nate as Coryls and Rhaenys’ children.

We’re incredibly curious about what to expect from the new series. And luckily it’s not too far off. House of the Dragon debuts in 2022.