Over the past few days, the behind the scenes world of the hit fantasy series Game of Thrones has become almost as chaotic as Westeros itself. Earlier this week, it was revealed that HBO had pulled the plug on the in-development “Age of Heroes” prequel starring Naomi Watts; a few days later in an HBO Max announcement, it was confirmed that another Game of Thrones prequel series House of the Dragon—a straight to order ten-episode series centered on the rise of the Targaryans—would premiere on the new streaming channel.

Now, author George R.R. Martin has weighed in with his thoughts on all the recent news with a new update on his “Not A Blog,” revealing that the House of the Dragon series has actually been in development for years. Martin writes, “It was actually the first concept I pitched to HBO when we started talking about a successor show, way back in the summer of 2016. If you’d like to know a bit more of what the show will be about… well, I can’t actually spill those beans, but you might want to pick up a copy of two anthologies I did with Gardner Dozois, DANGEROUS WOMEN and ROGUES, and then move on to Archmaester Gyldayn’s history, FIRE & BLOOD.”

Martin also notes that for this particular series, there will be a writer’s room assembled, and that while there’s still considerable prep work to be done, things are already well underway in terms of scripts and location planning. Rest assured, however, that even though Martin has expressed interest in writing some of those scripts himself, he’s vowing that his commitment to Winds of Winter, the long gestating next installment of Game of Thrones, will take priority:

But… let me make this perfectly clear… I am not taking on any scripts until I have finished and delivered WINDS OF WINTER.  Winter is still coming, and WINDS remains my priority, as much as I’d love to write an episodes of HOUSE.

As for the “Age of Heroes” prequel that’s no longer happening? Well, Martin has some thoughts on that as well. “It goes without saying that I was saddened to hear the show would not be going to series,” he writes. “Jane Goldman is a terrific screenwriter, and I enjoyed brainstorming with her.” While he doesn’t know why HBO decided to not move forward with the series, he notes that he doesn’t believe its demise had anything to do with The House of the Dragon.

If television has room enough for multiple CSIs and CHICAGO shows… well, Westeros and Essos are a lot bigger, with thousands of years of history and enough tales and legends and characters  for a dozen shows.   Heartbreaking as it is to work for years on a pilot, to pour your blood and sweat and tears into it, and  have it come to nought, it’s not at all uncommon.   I’ve been there myself, more than once.   I know Jane and her team are feeling the disappointment just now, and they have all my sympathy… with my thanks for all their hard work, and my good wishes for whatever they do next. 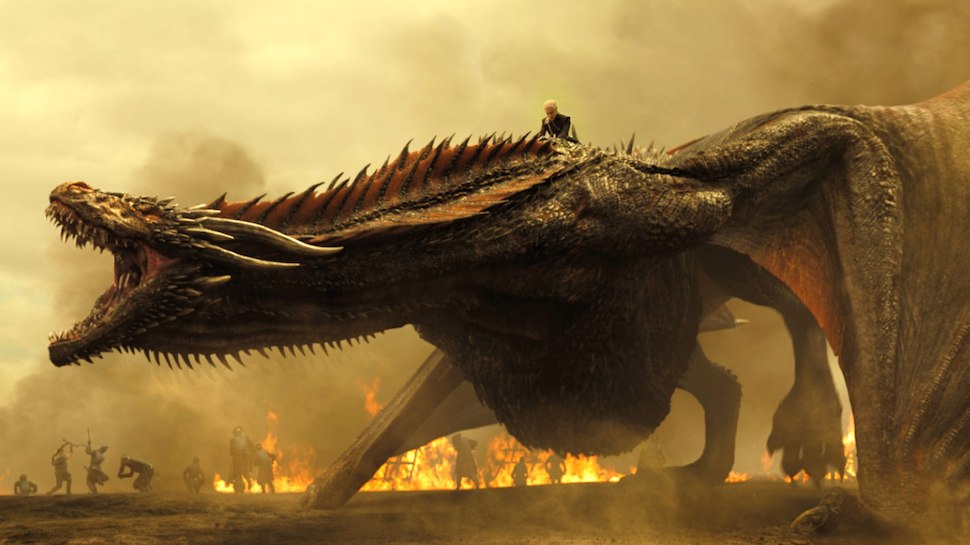 The good news out of all this is that we definitely get to look forward to more dragons…and maybe the possibility of more stories in the expansive Game of Thrones universe? It’s Westeros—anything is possible.