It’s been one or two or 11 years since we bade farewell to Westeros by way of the Game of Thrones finale. And frankly, we needed the break. Not that we didn’t have to bear the occasional lengthy hiatus during the series’ run; but time away from Game of Thrones is perhaps what we needed to get us excited for another trek back through the Seven Kingdoms. Thus, we look upon the first new images from House of the Dragon, the first Thrones spin-off series, with curiosity. Granted, there’s not a lot of trekking going on here.

In this first batch of photos from House of the Dragon, things actually seem pretty serene. Akin to an everyday Insta of your friends hanging beachside. And frankly, if your friends sport hairdos this impressive, I don’t blame you for lurking on their feeds all day. 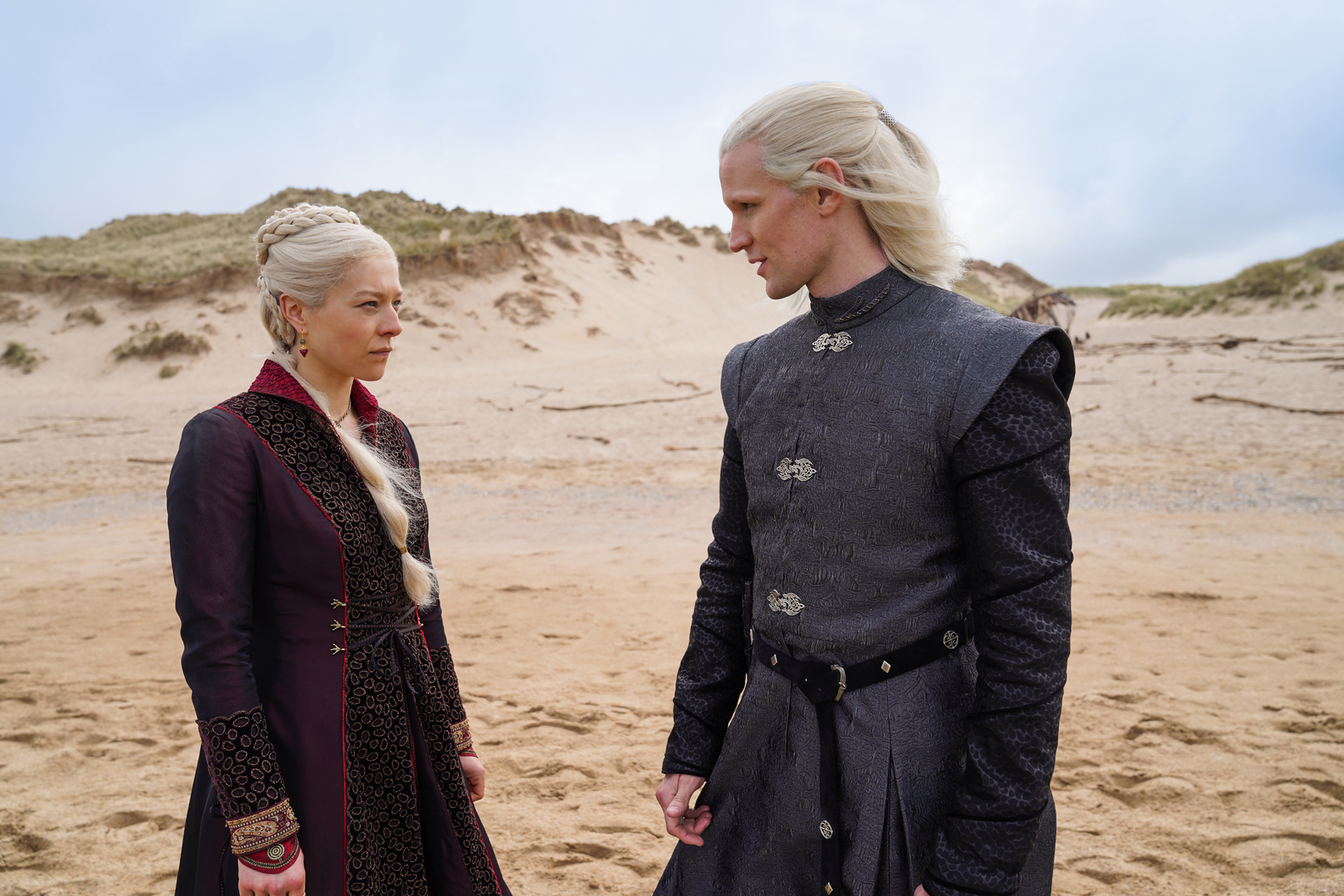 This first shot from House of the Dragon, above, features Emma D’Arcy and Matt Smith as Targaryens Rhaenyra and Daemon. Perhaps the married pair is enjoying the bounties of matrimony by way of a nice stroll through the morning dunes. As far as romantic partners in the Game of Thrones world go, Daemon was known to be a pretty supportive right-hand to Rhaenyra. We also know that Daemon was a stellar warrior, and Rhaenyra a gifted dragonrider. 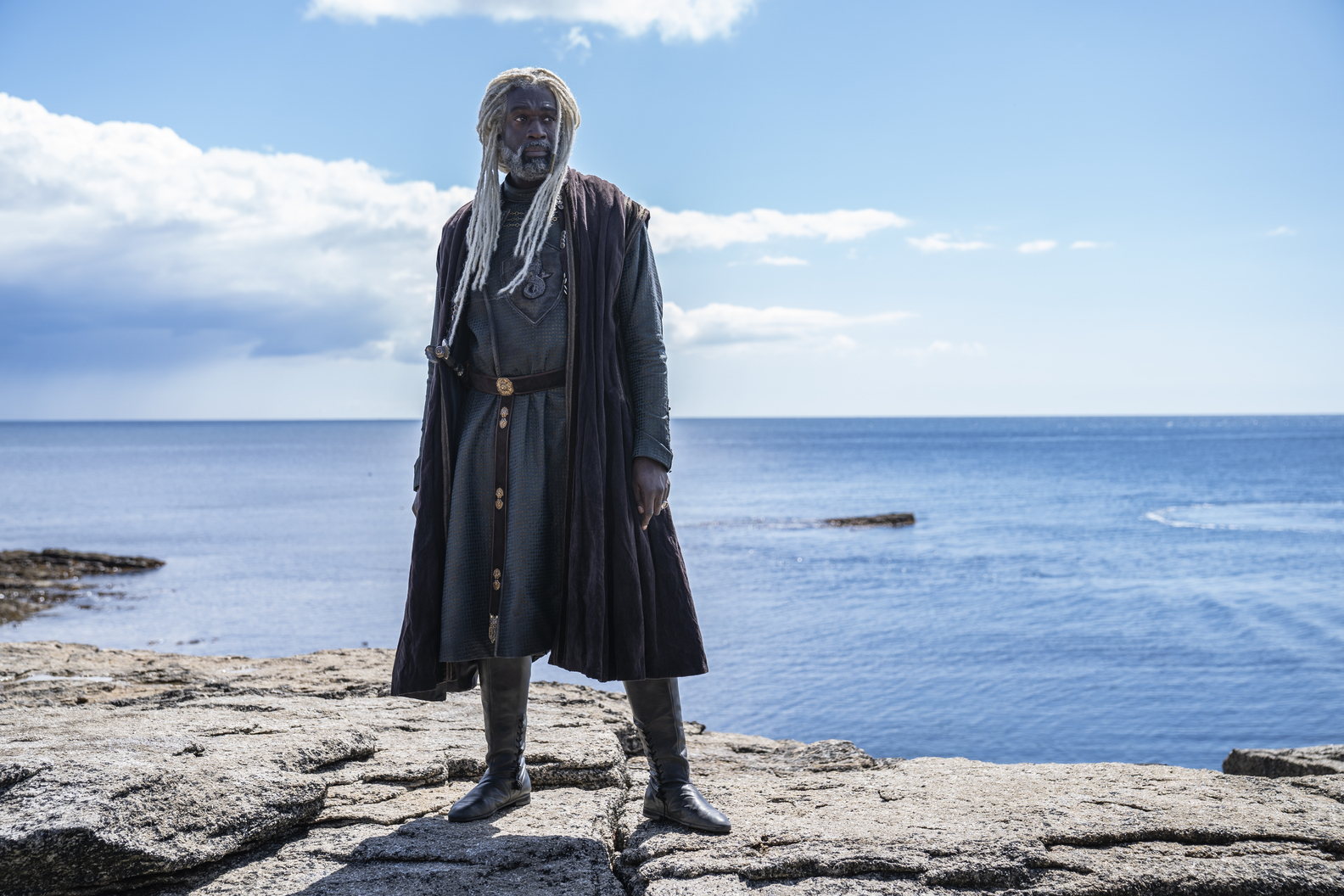 Next, we have Steve Toussaint as Lord Corlys Velaryon, a.k.a. the Sea Snake… which doesn’t sound like too flattering a moniker. But again, hair to marvel at. And oh, that backdrop! Did the Velaryon’s pioneer the art of photography in the Seven Kingdoms?

Corlys, the Lord of House Velaryon, is known around his parts as a celebrated nautical adventurer. (This despite the kind of unflattering nickname, I suppose.) Given his association with the sea, he’s got quite a navy at his disposal. 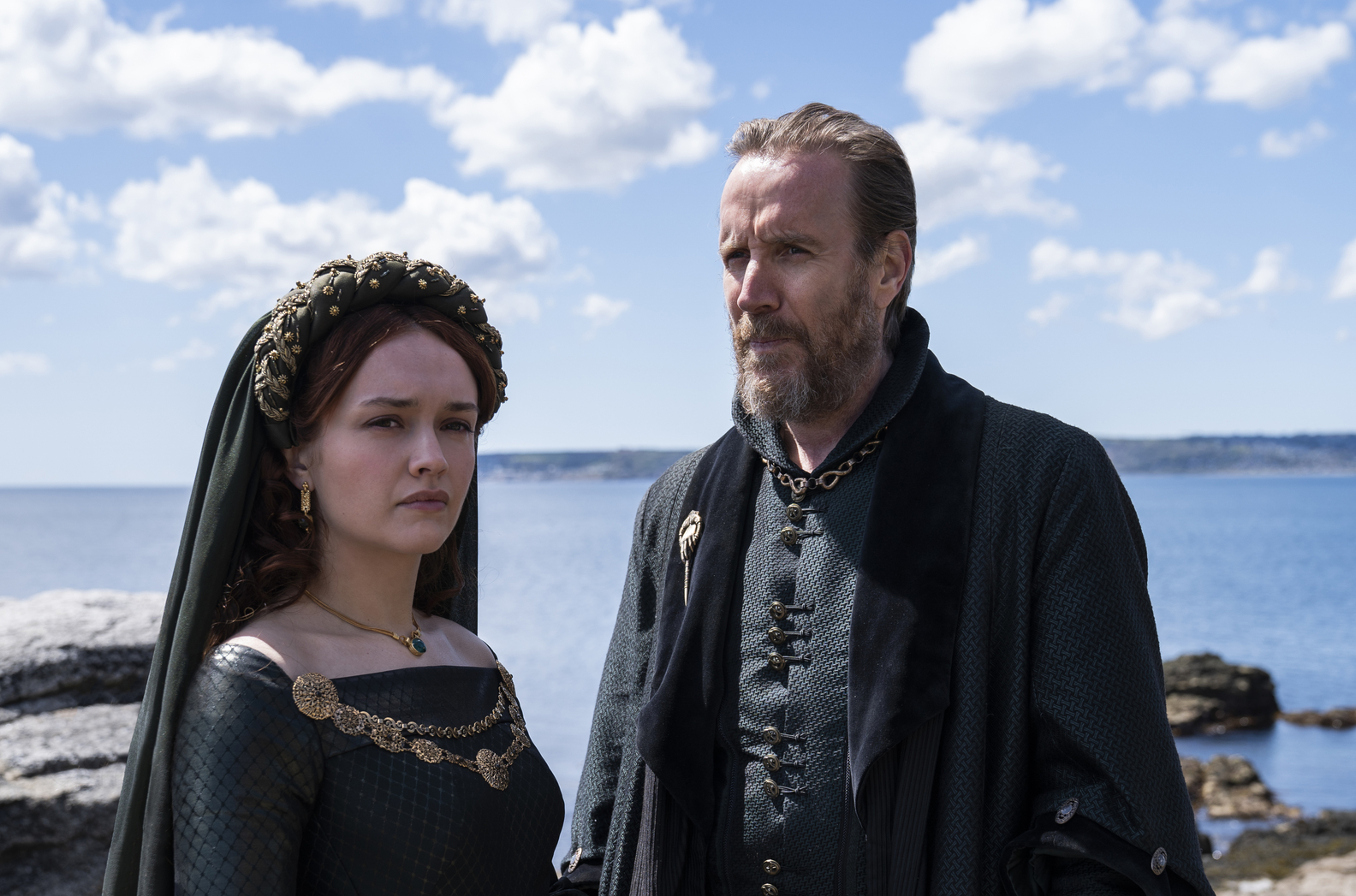 Finally, these House of the Dragon photos wrap up with Olivia Cooke (hair covered, as such TBD on quality) and Rhys Ifans (no shame in a short cut) as Alicent Hightower and her dad Otto. Otto is the hand of the Targaryen King and is deeply suspicious of Daemon. As for the high-status and clever Alicent, we may see her drumming up the usual Thrones-ian political intrigue.

Again, once she and her pops are done posing before picturesque settings. Priorities!