There could be 100 people in a room but only one person plotting to murder Maurizio Gucci. And that person, in House of Gucci, is Lady Gaga’s Patrizia Reggiani. After months of seeing stunning set images floating around the internet—not to mention these sublime character posters—we finally have our first glimpse at Ridley Scott’s next venture. And Ms. Stefani Joanne Angelina Germanotta, proud Italian-American, did not come to play. Take a look at the trailer below:

Luckily we don’t have to wait too long to see the film, which debuts later in fall 2021. The highly-anticipated follows the shocking murder of Maurizio Gucci, grandson of Gucci founder Guccio Gucci and former head of the Gucci fashion house. Maurizio Gucci was murdered in 1995. His ex-wife Reggiani was convicted for the murder. Adam Driver plays Maurizio, while Lady Gaga is Reggiani.

Here’s the full synopsis from MGM:

House of Gucci is inspired by the shocking true story of the family empire behind the Italian fashion house of Gucci. Spanning three decades of love, betrayal, decadence, revenge, and ultimately murder, we see what a name means, what it’s worth, and how far a family will go for control.

The accents! The gorgeous wardrobe! The intrigue! To borrow phrasing from Sir Michael Caine, it certainly appears Ridley Scott has done it again. Jared Leto, Jeremy Irons, Jack Huston, Salma Hayek and Al Pacino join Lady Gaga and Driver in the film. Yep, that was a nearly unrecognizable Leto uttering the word “firecracker.” 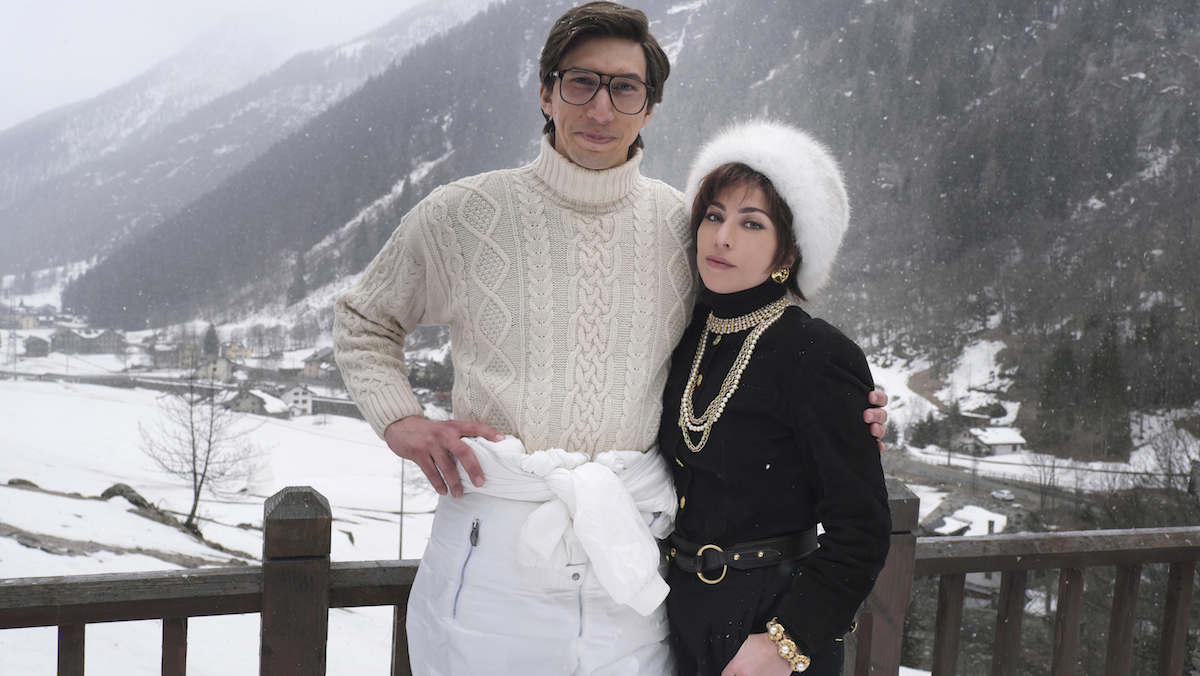 Ridley Scott directed House of Gucci, with a script from Becky Johnston and Roberto Bentivegna. The film is based on the book The House of Gucci: A Sensational Story of Murder, Madness, Glamour, and Greed, by Sara Gay Forden.

Mark your calendars now because House of Gucci debuts in theaters on November 24.