On  The Good Place, when Chidi learned there was an afterlife but that there was no way for him to avoid eternal damnation, he had the mother of all existential breakdowns. His despair led him to making chili with marshmallow Peeps and M&Ms. Which I then personally tried myself. It remains the single worst food I’ve ever eaten/gagged up, and after that horrible night, I swore I would never again try something so obviously vile.

But that was before 2020 became a worldwide existential crisis. Now I think I understand where Chidi was coming from. So when it comes to this chef’s new Frankenstein concoction of Hot Dog Rice Krispies Treats, I say, “Sure, why not?”

It’s the Vulgar Chef‘s latest hybrid monstrosity (which we first came across at Boing Boing, though we won’t hold that against them). It really is….something. This item combines the classic recipe for Rice Krispies Treats with cut up pieces of hot dog. You can cook it like normal Rice Krispies Treats, just with the addition of leftover processed “pork” mixed in. As if that unholy marriage isn’t bizarre enough, it’s then smeared with relish, mustard, and ketchup.

If that sounds absolutely disgusting to you, then congratulations. You’re still emotionally alive and your fight-or-flight response is still active. As for me? I’ll eat one of these nightmares if someone gives me one. Heck, compared to that Peeps and M&Ms chili, this seems downright delectable.

What the hell have you unleashed upon the world? pic.twitter.com/5JkUX5q87R

It’s interesting that both dishes call for copious amounts of marshmallow. Maybe it’s the food’s familiar, comforting taste and soft consistency that makes it perfect for people in crisis. 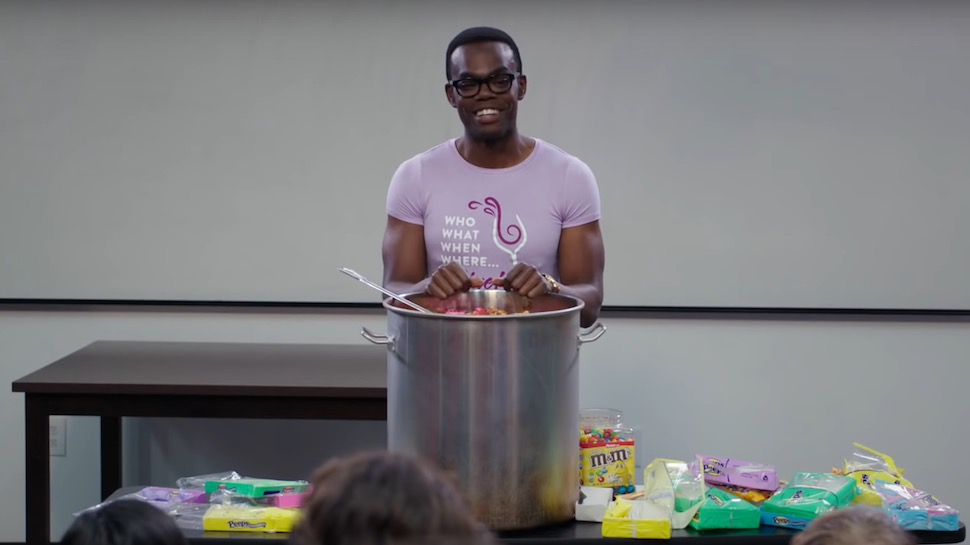