HONEYDEW Is a Bizarre Examination of a Road Trip Gone Wrong

There’s a lot to love about Honeydew. No, not the bland-as-water fruit, but the new horror film from director Devereux Milburn. It’s is one of those bizarre, experimental first go-arounds with a lot of pizazz that never quite lives up to its stylish promise. But it’s hard to be mad at the effort, so singular and impressionable it is. This is one hallucinogenic nightmare of a movie, and offers a fresh take on a stale horror trope—even if it never quite surpasses the films it emulates.

Honeydew follows Sam (Sawyer Spielberg) and Riley (Malin Barr), a young couple on a road trip through the New England backwoods. Straight away, you get the sense that something is wrong between these two. He’s an aspiring actor who tries to memorize lines in the most annoying way possible, and she’s a vegan getting her doctorates in botany. But they don’t seem all that interested in one another. They bicker, their sex life is stale, and it’s hard to see what ever made them compatible to begin with. From the get-go, you aren’t exactly rooting for them, which would be a problem in a film less idiosyncratic than Honeydew. Here, it’s absolutely intentional, and adds to the overall “off” mood. 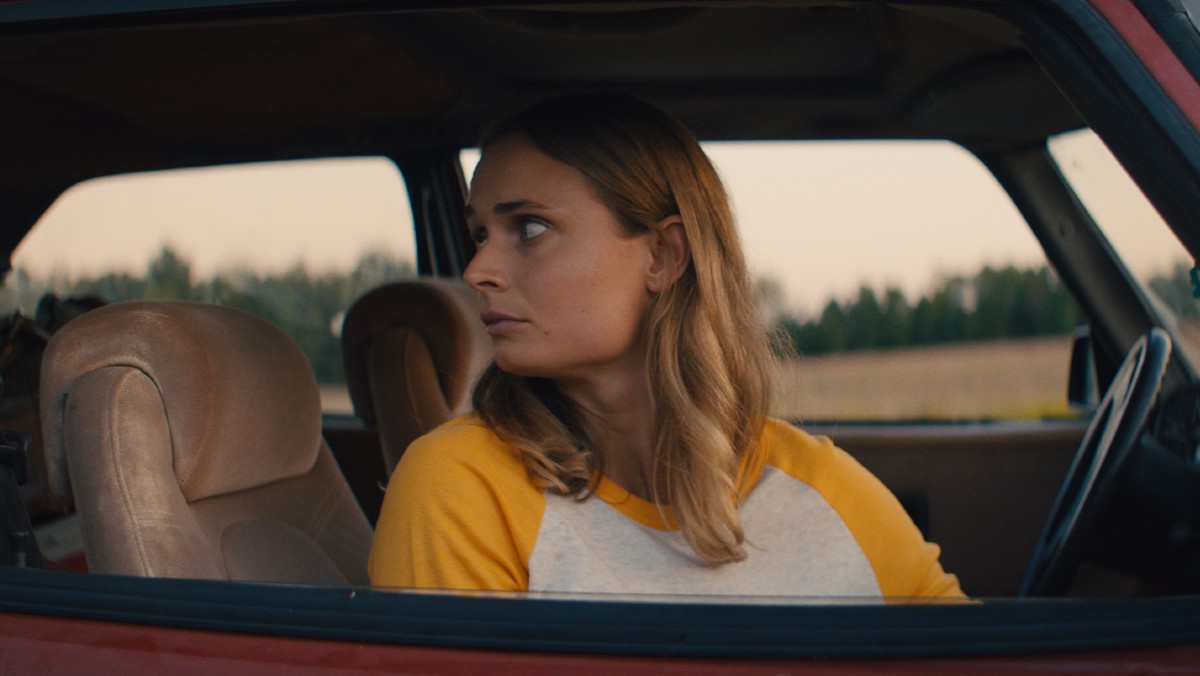 The trip goes awry almost immediately. The two think they’ve pitched their tent on a campsite, but they quickly find out they’re on private property. They’re without service and in the middle of the nowhere, so they go looking for a house where they can use a phone. Anyone acquainted with the horror genre knows this set up, and knows it never ends well. Honeydew isn’t here to break the formula, but it is here to subvert your expectations.

Sam and Riley eventually stumble on a farmhouse where a woman name Karen (Barbara Kingsley) lives. She invites them in and calls a neighbor to come help them out, telling them it’ll take about 30 to 45 minutes for him to show up. Already, the sense of dread is creeping, especially because Karen’s behavior is a little abnormal. She spaces out when Riley questions her about a recent ergot outbreak that decimated New England farms. She introduces them to her odd son Gunni (Jamie Bradley), who’s wrapped in bandages and watches cartoons all day. Nothing in this house seems right, and yet it’s hard to put a finger on the root cause of the abnormalities. Is it Karen herself, or the plates of food she serves her guests, which may or may not contain their own dangerous secret? 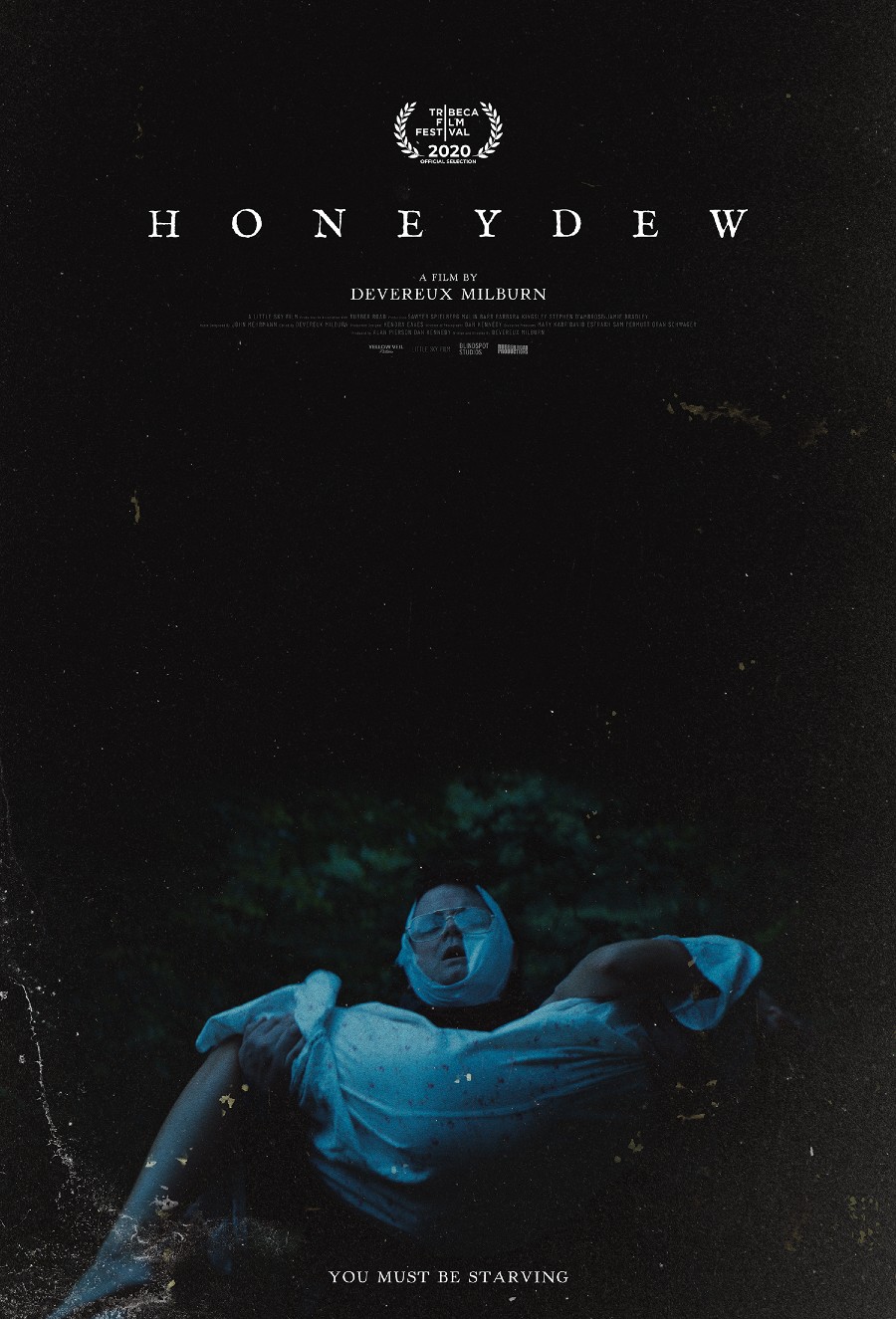 If you’re thinking this sounds like The Texas Chainsaw Massacre, you’re not wrong. Honeydew contains a number of similarities to that slasher flick, from young people trapped in a strange farmhouse to its bizarre and deranged sense of humor. There’s a lot of shared DNA, but Honeydew strikes out on its own path. It’s laced with clever sound design that adds a quirky, disorienting vibe to the story. And the camerawork is appropriately off-putting, with excellently deployed split-screens and other clever tricks to keep you on your toes.

That said, Honeydew is a highly watchable, refreshing spin on the horror genre and leaves you yearning for more from Devereux Milburn. It’s clear he has a sharp, peculiar eye, and I can’t wait to see what he does next. If Honeydew is just him revving up, then we’re in for some future treats.