Enormous as it’s become, the Fast and Furious franchise was far from a home run when it started almost 20 years ago. A Point Break knockoff filtered loosely through the details of a true-crime story about illegal street racing, the original film inspired one theatrical sequel and another that was initially meant to go straight to video… at least until screenwriter Chris Morgan turned Tokyo Drift into a launchpad for the multicultural flavor, international intrigue, and delightfully soapy action that became synonymous with subsequent installments. And after eight films, Morgan launched a spinoff, Hobbs & Shaw, which became one of the series’ most successful entries with more than $758 million in worldwide box office receipts.

Though it’s already available on digital HD, Hobbs & Shaw arrives on Blu-ray and 4K Ultra HD on November 5. To commemorate that release, Nerdist spoke with Morgan about his role in shaping the franchise, from his first steps with director Justin Lin on Tokyo Drift to the latest chapter in this ever-expanding saga. In addition to discussing the challenges and opportunities presented in exploring the characters played by Dwayne Johnson and Jason Statham, Morgan revealed some of the guiding principles of telling stories within this cinematic universe, and reflected on the cornerstones of the franchise that each film must have in order to push its overarching narrative forward while satisfying fans who have followed since the beginning.

Justin Lin was such a strong anchor for this series, really propelling it to greater and greater heights. What tailoring did you find yourself doing for each filmmaker after him, leading up to David Leitch’s priorities when you created this spin off from the main continuity of the franchise?

Justin’s an incredible director and I started my journey on Fast with him and we did several of the movies together and really built out the universe in a way that people know it today. I really got used to his style and rhythm and flow. My job as writer and producer is to provide a great story that lets the characters go through a new gauntlet, and lets us as an audience member learn something new and care about them along the way. Once that’s done, it really is a matter of being able to get the director’s perspective, and to be able to help them in any way that I can. And each director is a little bit different.

Speaking specifically about David Leitch, because we were doing the first spin off of the Fast and Furious franchise and kicking open the door on the first expansion of the universe, he wanted to make sure that it had a Fast tone and feel, but also its own feel. And he loves comedy, so he wanted to make sure that the banter between the guys felt fresh and fun and always kind of joyous. And the thing that he’s known for around the world is action. A lot of close-quarters fighting in original ways to bring a specific tone and look and lighting to it. So the Fast flavor is the foundation of it, but there’s something a little bit new here too. High-stakes action, humor is super important, and the overall David Leitch vibe. 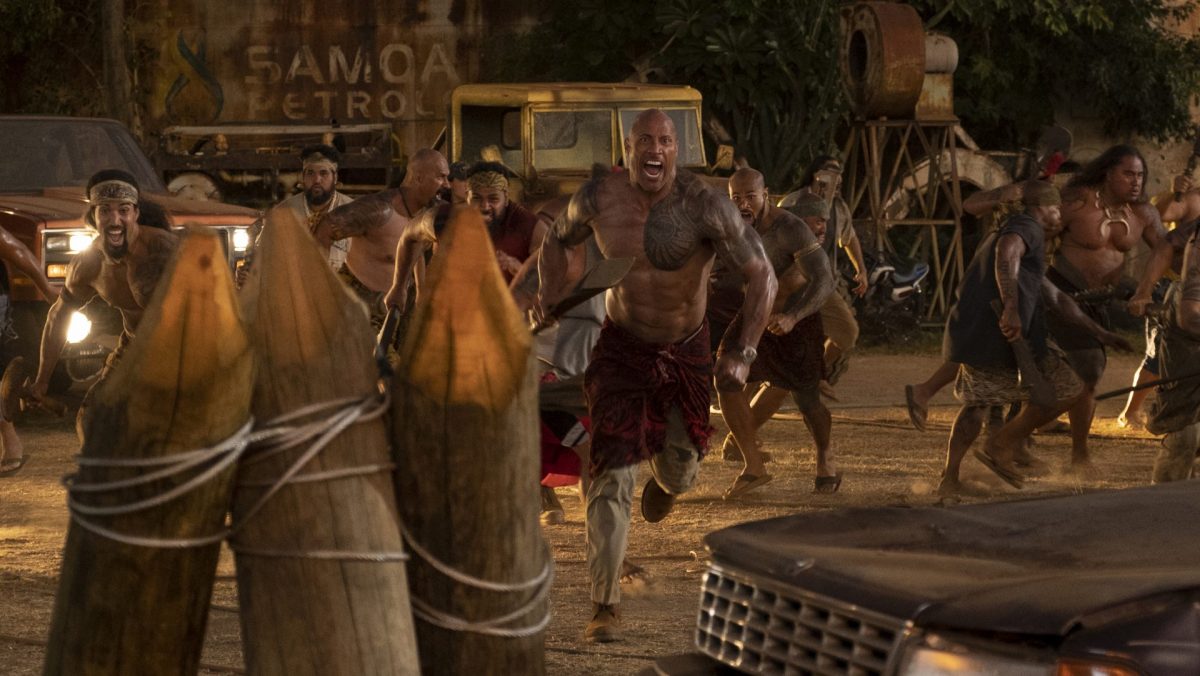 The Fast and Furious franchise has always been strongly multicultural, but Hobbs & Shaw feels like it’s even more strongly foregrounded than in some of the earlier films. How much was that driven by Dwayne Johnson, and how much has that been an active priority as the franchise has evolved?

That’s always been a high priority, frankly for all of us, and it’s what the Fast world started as. And as the movies have gotten bigger, they’ve gotten increasingly global to be more reflective of the world. But when originally we were talking about doing this film, something that we really wanted to lean into was Hobbs’ backstory. He’s the toughest lawman in the world, but where did he get it from? Where does he come from?

And with Dwayne, we sat together, and one of the things that was very important was answering that question. Let’s show where Hobbs came from. And especially with Dwayne, whose heritage is half Samoan, to be able to lean into that part of his culture in a very truthful way was really important to him, and really meaningful to him.

So we did our third act, which is our Samoan action sequence where you get to meet his brothers and his mother and his family, and learn a little more their of dynamics and their culture and their history. That was something that, from the beginning, was a real draw and drive for Dwayne, for us and for the studio and something we’re really proud of.

The rule of the Fast and Furious franchise seems to be either die a villain or live long enough to see yourself become the hero. What challenges has that presented when it came to humanizing or redeeming Shaw, even before Hobbs & Shaw?

Well, I think that’s one of the things that’s interesting about all the characters in the Fast universe, and frankly it’s one of the things that I found most appealing about the original film. Brian, Paul Walker, gets sent undercover to bust these people that he suspects are doing these highway robberies. You meet the crew, and they are charismatic, they care about each other, they have this code, and it turns out they’re also the bad guys! They’re doing the robberies. But the point of the movie, and it’s really one of the core things about the Fast franchise, is that it’s being able to see the code in someone else whether you are on the right or the wrong side of the law, as long as you have this love of family, this core sense of honor inside you, that really is what the films are about.

It’s this team that’s pulled together by Dom, with this kind of gravity around him, and now it’s extending out into our franchise and into our extended universe with the Fast franchise and all the characters. People who inhabit this world and deal with our crew tend to be these people who you want to recognize a little bit of themselves within each other and recognize this code. And maybe in the case of someone who’s lost their way or we can’t quite see that code in them, Dom and Hobbs can maybe reawaken that. And that’s the journey for someone like Shaw or several other characters over the course of the Fast franchise. But whenever you’re adding new puzzle pieces, you want to make sure that they fit into that tapestry of code and family that exists in the universe.

That said, we are effectively introduced to him in Furious Seven where he’s basically killing an entire hospital ward. When you create a scenario like that, are you thinking eight moves down the line about how you’re going to rationalize this later on, or do you draw a distinction between logical and emotional sense?

As a writer, you definitely need to think about where that endgame is at the beginning, and what the purpose of it is. What is the arc you’re trying to describe by starting in a dark place? Those are all discussions that that you have early on and you make sure everybody’s on board and in the loop for that kind of exciting journey. And then you just kind of peel back the layers and reveal it bit by bit until you can let the audience see what the full, true story is. 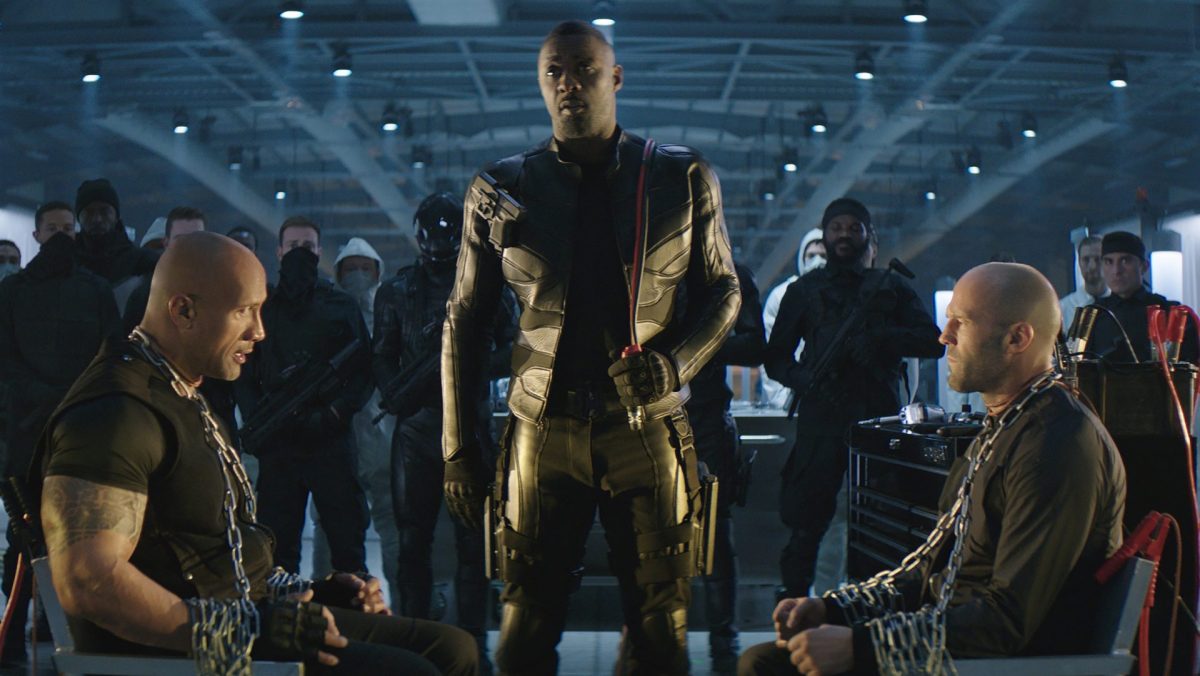 Hobbs’ arrival in the franchise not only helped expand the world, but sort of level it up in a way that that the repercussions or the scope is still being sort of expanded upon. But how much of that international intrigue had you planned or anticipated before then, given the narrower focus of the earlier films?

That was definitely the plan. On Tokyo Drift, the idea was to do a smaller film, even though we go to Japan and we’re dealing with multiple cultures in that film. And then the studio gave us a shot to bring back Dom and Brian, Letty and Mia and all those characters, and we made it a little bit bigger of an action movie, and the audience responded well to it and the studio was really happy.

And that allowed us to do Fast Five, where we sat down and specifically said we’re going to do a big heist movie where you use cars in lateral thinking sorts of ways, and we’re going to bring together this dream team from all the movies and just do a really big, fun film. And that got great critical and audience response. And from there, the studio basically said: Go ahead, guys. Do bigger action, bigger things. And you have seen the result of that, and it’s been wonderful.

The soap opera aspect of the story makes the franchise fun for fans to watch. What’s the guiding principle that makes it possible to bring characters back from the dead or give them amnesia or whatever you come up with?

As a fan of the franchise from before I was involved, I always put myself in the position of what would I want to see? I love these characters. I love that we’re able to do something that most films can’t, which is we kind of get to play our movies as a limited-series TV show. We have these multiple episodes that allow us to learn more about the characters, put them through trials that are specific for them and watch them grow, and either fall and rise or defeat the challenge with flair and fun.

So it always comes down to would I be surprised at that moment? Am I aching for that to happen? I use that as a guide. And our cast and crew all get together and talk about stuff, and the best idea always wins. And everyone’s fighting for the audience, so there’s a real concerted effort that I have not seen in pretty much any other thing that I’ve worked on, which is people really truly fighting to give the best experience to the fans. We love them. They support us, and we always want to make sure we’re giving them our best.

Cars have always been the cornerstone of this franchise, but obviously international intrigue and action has sort of taken over as a driving force of this series. How tough has it been to make sure that that element stays a part of the series?

That’s my favorite thing, honestly. I love lateral-thinking car action. I get so excited about being able to do an action scene in a way that you haven’t seen before, and then using cars as the answer to get it done. Not just going fast, not just racing, but using them in a really odd sort of way. And each of the cars for me represents each character’s soul, like a cowboy and his horse or a samurai and his sword.

There’s a reason why Dom drives a muscle car and the Brian drives the import and Hobbs drives the biggest military vehicle we can find to smash through everything. I like being able to use those cars as their avatars and then do things that the audience has never seen before. So cars are the lifeblood of the Fast and Furious franchise. Those will never fade from the films or the spinoffs or anything. They’re what the universe is built upon.