The Different Clans and Institutions of HIS DARK MATERIALS - Nerdist

The Different Clans and Institutions of HIS DARK MATERIALS

It’s not just daemons that make the world of His Dark Materials unlike our own. It has its own unique communities, groups, and organizations. Some resemble ones we know, while others are made up of real witches and talking bears. To help you keep track of them all, here are the different people, clans, species, and institutions introduced or mentioned in the show’s premiere. 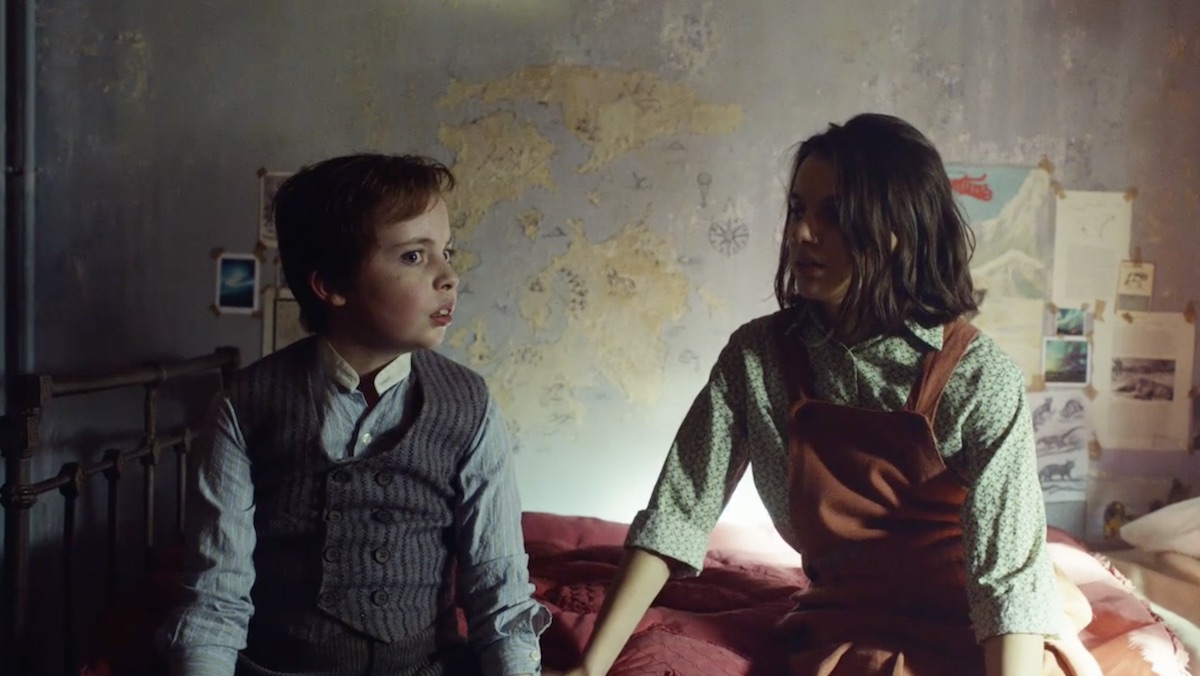 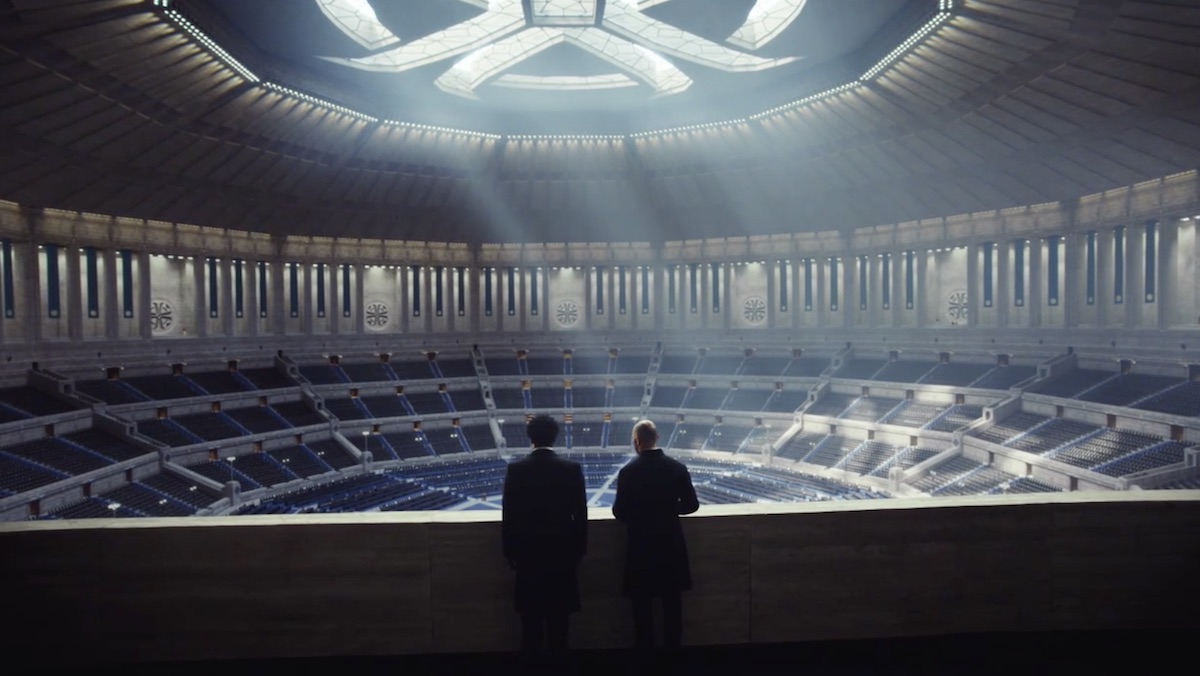 The “all-powerful” ruling group of Lyra’s world is the religious body called the Magisterium. Its hard-line focus on making adherents follow strict articles of faith includes controlling the flow of information. It might grant learning institutions Scholastic Sanctuary to explore scientific discoveries, but the Magisterium has spies everywhere to ensure “heresy” does not spread. Scholastic Sanctuary only serves as impunity when the Magisterium lets it. Those who run afoul of the church’s teachings risk strict rebuke. 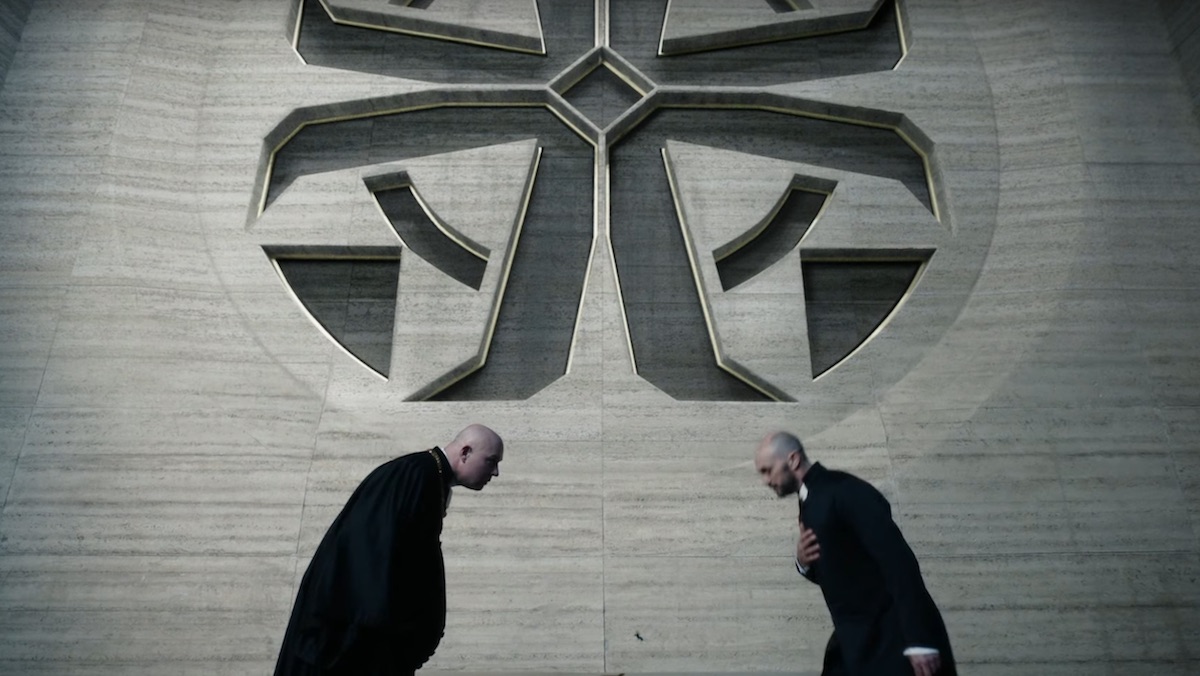 It most resembles the Catholic Church of our world during the height of its power, and you can read more about the connections between the two here. 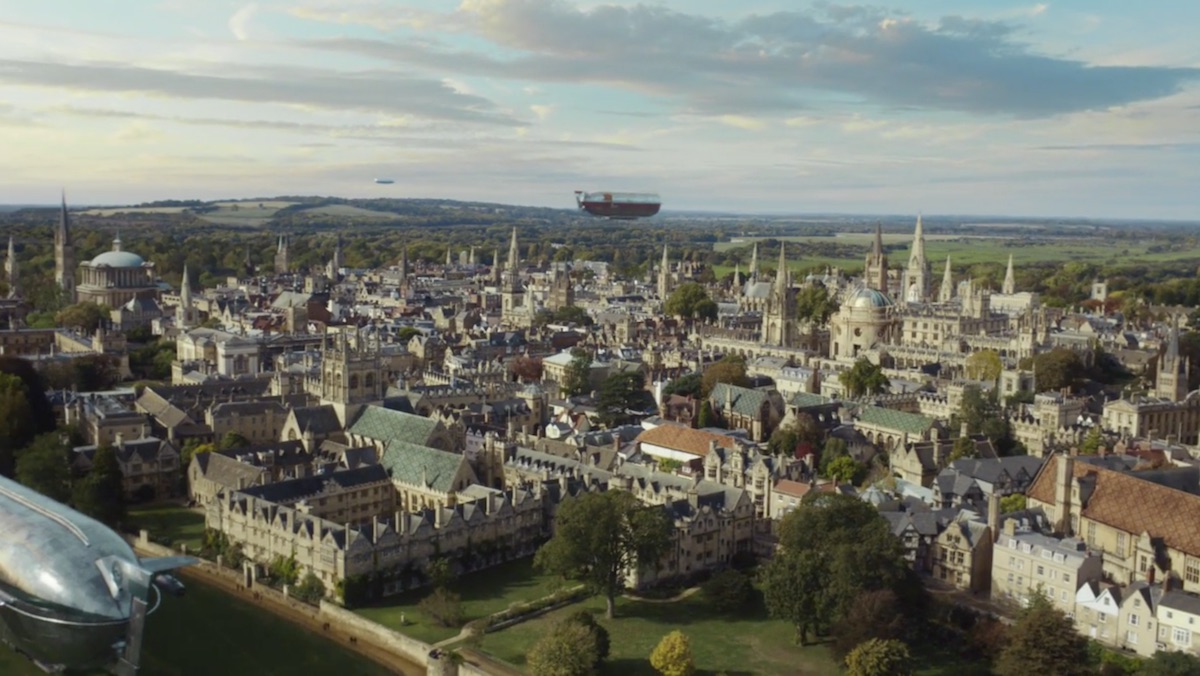 Just like in our own, the University of Oxford in Lyra’s world contains many constituent colleges. Her home, the enormous Jordan College, is one of 23 members. Made up entirely of male educators and administrators, it is also the richest and most prestigious, with some of the most revered scholars and academics calling it home. Led by Clarke Peters’ Master Carne, it is granted Scholastic Sanctuary by the Magisterium so it can pursue “knowledge and academic freedom.” It’s a privilege that must be guarded against the most controversial heretical ideas, like Lord Asriel’s claims other worlds exist.

Mrs. Coulter is a “scholar” at the women’s college St. Sophia’s, though she also has an independent connection with the Magisterium that involves working at the Arctic Institute. However, despite her work for the church it did not want her to know about their concern over Lord Asriel’s work.

Jordan College is roughly located where Exeter College can be found in ours. The two do share some traits, but Jordan is far larger. 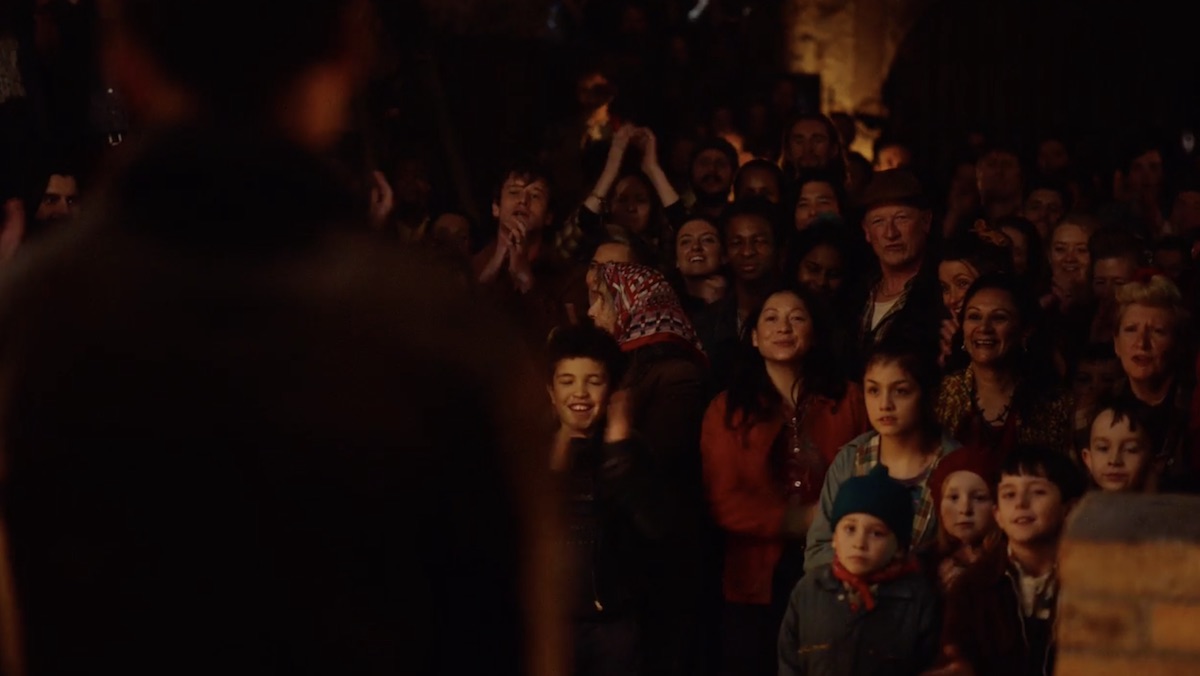 “Others may see us as outcasts, but we are one unified family.” The nomadic group known as the Gyptians consists of all ages and races. They are fiercely loyal and protective, viewing each other not as neighbors but as family. They live on boats and move their neighborhoods frequently, and are also split up into six different communities. Each has their own leaders who sit on a ruling council, though ultimately the Western King John Faa stands as the Gyptian leader. Since they are not treated as equals by society – as evidenced by the police taking no interest in the missing Billy Costa – they must take matters into their own hands, something they are more than willing to do.

Their name and many of their values and traditions resemble that of Gypsies. 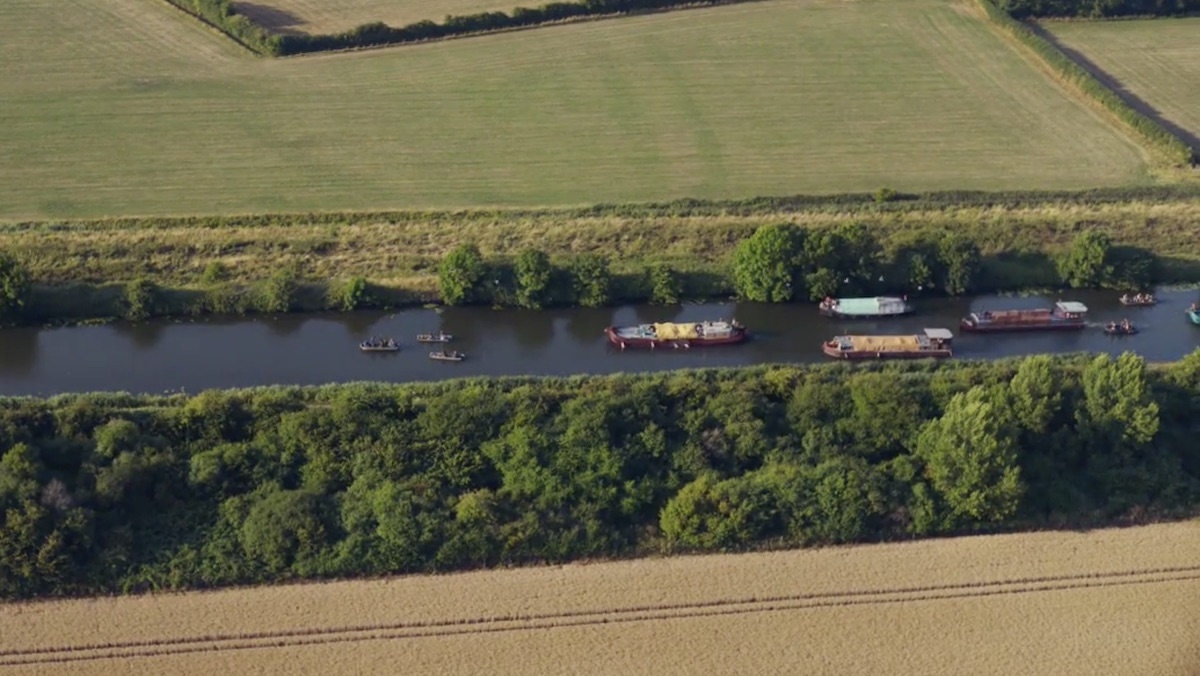 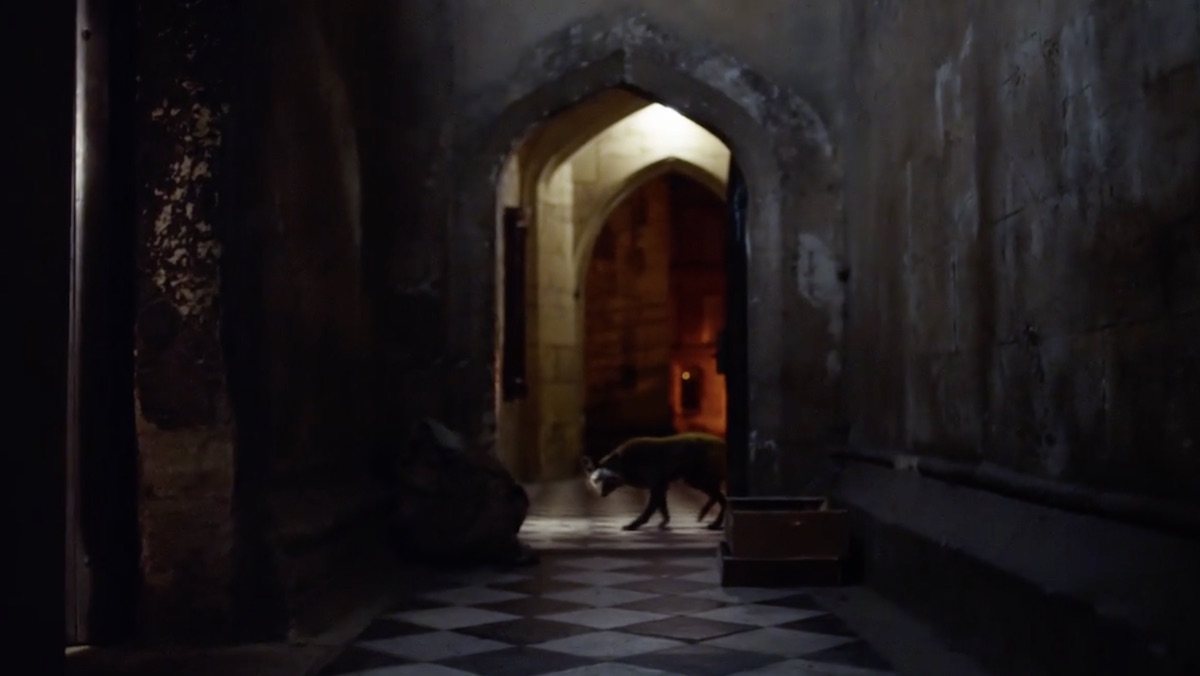 The shadowy man/group who kidnapped Billy Costa and Roger in His Dark Material‘s premiere are no fairy tale nightmare. They have been stealing children across the country, including 16 young Gyptians. Little is known about them, but both John Faa and Mrs. Coulter believe they take the “children to London” because “it’s the best place to hide them.”

The Northern clan only briefly mentioned by Lyra and Mrs. Coulter, who said they are fun to fight, are also found in our world. Tartars include “ any member of several Turkic-speaking peoples that collectively numbered more than 5 million in the late 20th century and lived mainly in west-central Russia.” The Tartars of His Dark Materials are great warriors, making them fearsome foes most people would not enjoy fighting.

Another group in the North are the Armored Bears, a proud warrior clan of enormous talking bears who do not have daemons themselves. Also known as the panserbjørn, armored bears have opposable thumbs, allowing them to be master craftsmen. They make their own armor which is nearly impenetrable. They are also nearly impossible to deceive. While they are mostly solitary figures who live by an older, less structured way of life, they do have maintain a society ruled over by a king.

Only mentioned in the show’s opening scroll, the human-like Witches of the North are magical creatures who live long lives, up to 1,000 years. They also have daemons, but theirs’ are not bound to stay as close to them as humans. Witches also have many other powers that keep them safe, but it’s their belief in an important prophecy about Lyra that could bring them all into harm’s way.

Got it? Good, because that was only the first episode, and there are many more groups and institutions to come – in many worlds.