Hey, You Got Game Night in My Book Club - Nerdist

Hey, You Got Game Night in My Book Club

Is your book club getting a bit boring? If it’s your turn to pick the book for this month, spice it up by suggesting a board game to go along with it. You’ll sound smart with your amazing book commentary and then wow your friends with your game skills when you mix your new favorite books with your beloved board games.

Even better, if you’ve been thinking of starting your own book club, kick off a book-and-board-games club for a fun mash-up to encourage your friends to read and play with you.

Here are four suggestions for games to play with your book club buds, along with some ideas for books along the same theme to accompany them.

Bring Your Own Book 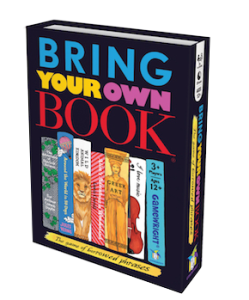 This game is so quick and easy to learn that you can bring it to just about any book club meeting. Like Apples to Apples and other games with players taking turns as a judge, the goal is to find the phrase or sentence matching the category on the card that will win the judge’s favor. But instead of using other cards for the phrase, you’ll be searching through the book to find them. You’ll search for phrases to fit categories like “a one-liner from an action movie” or “name for a candy bar.”

Play this game before you get to the book discussion and you’ll even have a minute to sneak in some last minute skimming if you didn’t get a chance to finish the book. Bonus!

Play Me: Alice in Wonderdice 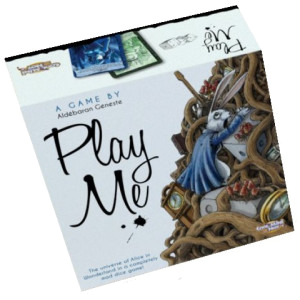 Catch the white rabbit in this dice game inspired by Lewis Carroll’s classic. To catch him, roll your dice and play them on a character card to get six numbers in a row. You’ll be rolling quickly to place your dice on the cards in increasing order (i.e. a straight) as fast as you can. Your character card has a bonus on one side and a disadvantage on the other, and you must roll the dice to get a straight on both sides before you win the game. Throw in the ability to block your opponents and a special Jabberwocky game mode, and you’ve got a game that goes beyond simple dice rolling.

Play Me is a game that starts with a simple concept and adds strategy that isn’t hard for casual gamers to grasp, making it a great pick for a book club group. 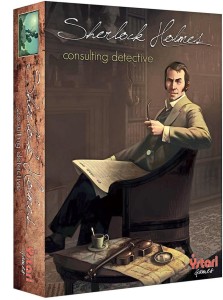 Enter the London of Holmes and Watson with this cooperative whodunit that’s closer to a role-playing experience than a board game. The game comes with ten adventures with mysteries for you and your book club members to unravel, not as Holmes himself, but as the Baker Street Irregulars. You’ll search through newspapers, maps, and clues to suss out the culprit. Can you beat Holmes’ score? Well, probably not, but it will be fun to try.

This is a game that can be played with up to 8 players but is time-intensive, likely spending hours per case, so plan your meeting(s) accordingly. 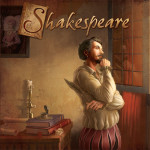 The play’s the thing in this game from Ystari/Asmodee. You and the other players are tasked with putting on a play so good that it will rival one of the Bard’s–from setting the stage to creating the costumes and more–all to impress the Queen. Players have six rounds to get ready for the performance. On each turn, you’ll decide whose help to enlist by choosing a card to add to your troupe, and then where to best spend their efforts. Get all three acts of the play in the best shape you can to win the game.

This is a game best suited for 2-4 players and can take an hour or more to play, so make sure you’ve gotten all the discussion about your monthly book out of the way before tackling Shakespeare. And with some complicated rules and set-up, choose this one with a group of established gamers, or be prepared to explain the rules.

Do you have a favorite literary themed game and a good book to go with it? Let us know!