It’s hard to call anyone a nerd when you write for a website called Nerdist. It’s also hard to call anyone a nerd when you write 2,400 word explainers on the fictional history and timeline of a fantasy television show. (Which you should totally check out because it’s awesome.) And it’s definitely hard to call someone a nerd when they are a super famous actor who is also rich and handsome. Yet, despite all of that, I am still comfortable calling Henry Cavill a huge freaking nerd. At least he is when it comes to The Witcher. I loved the first season as much as any viewer. But no one loves the show as much as its star.

After previously breaking down the Battle of Blaviken shot-by-shot, he has made yet another video about the show. This time he went full geek explaining Geralt’s swords and what makes them special.

As the kids might say, “Get yourself someone who talks about you the way Henry Cavill talks about Geralt’s swords.” But if you can’t, at least you have this fantastic video of him talking about them in ways that only make us appreciate the show more.

The first is Geralt’s primary steel sword, the one he carries on his back and uses most of the time. It’s made from a meteorite, like the sword Dawn wielded by Ser Arthur Dayne in A Song of Ice and Fire. It’s stronger and more durable than normal swords. Geralt uses his to kill “both men and monsters” alike.

But this sword also tells the story of where Geralt has come from and how he views the world. The witcher adorned it with Renfri’s broach after she forced him to kill her. Cavill says Geralt put it there to remind himself not to get involved in the affairs of men. It also highlights just how human this “mutant” really is. 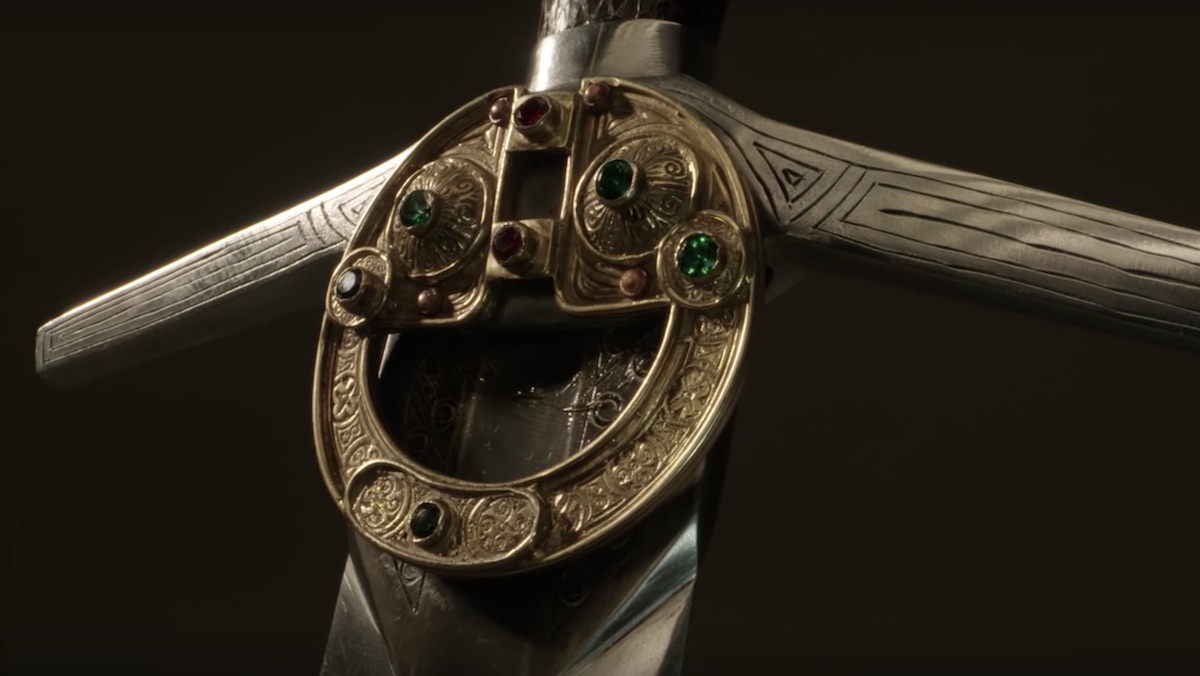 Geralt’s second sword, the one he keeps on his horse Roach, is made of silver. It’s a malleable metal that is typically “useless” as a weapon. However, he uses it to defeat monsters of a magical nature. When Geralt goes on a monster hunt knows he will need it, so he will have it in hand.

Neither sword though has any special or magical properties of their own. They get their power from the witcher who uses them.

But what truly makes Cavill our kind of nerd is that he asked for a redesign of the swords’ hilts after filming a couple of episodes. He found that Geralt’s fighting style required the ability to easily pass his swords over his wrist while twirling them. The new models have angled hilts that face down towards the end of the blade. You can see the original design in this shot from his fight at Blaviken. The hilt is flat across. 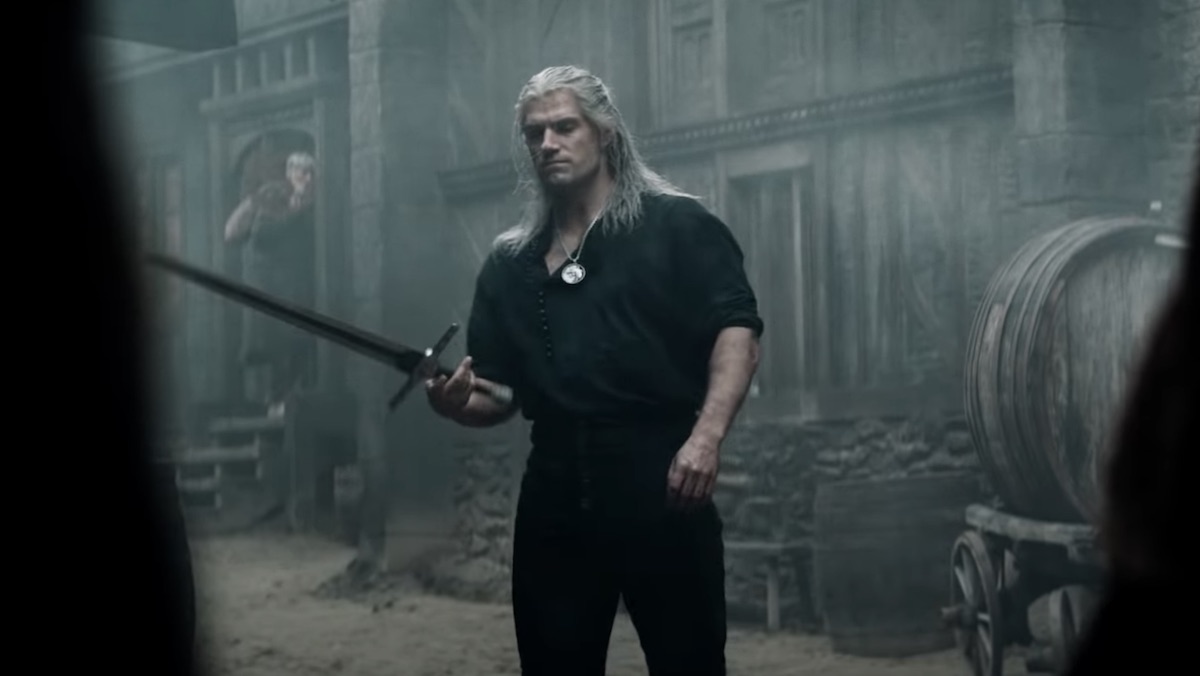 That’s an amazing detail I’m not sure I ever would have noticed on my own. Good thing Henry Cavill really is a huge nerd. And believe me, we know our own kind.