Our Exclusive Reveal of HELLBOY & THE B.P.R.D.: THE RETURN OF EFFIE KOLB

Mike Mignola has been crafting the gothic world of Hellboy for over a quarter of a century. Today we’re excited to reveal that he’s returning to one of his most beloved stories with Hellboy & The B.P.R.D.: The Return Of Effie Kolb, which acts as a sequel to his cult Hellboy story The Crooked Man. We’ve got all the info you need alongside two exclusive covers and quotes from Mignola and his collaborator, artist Zach Howard. 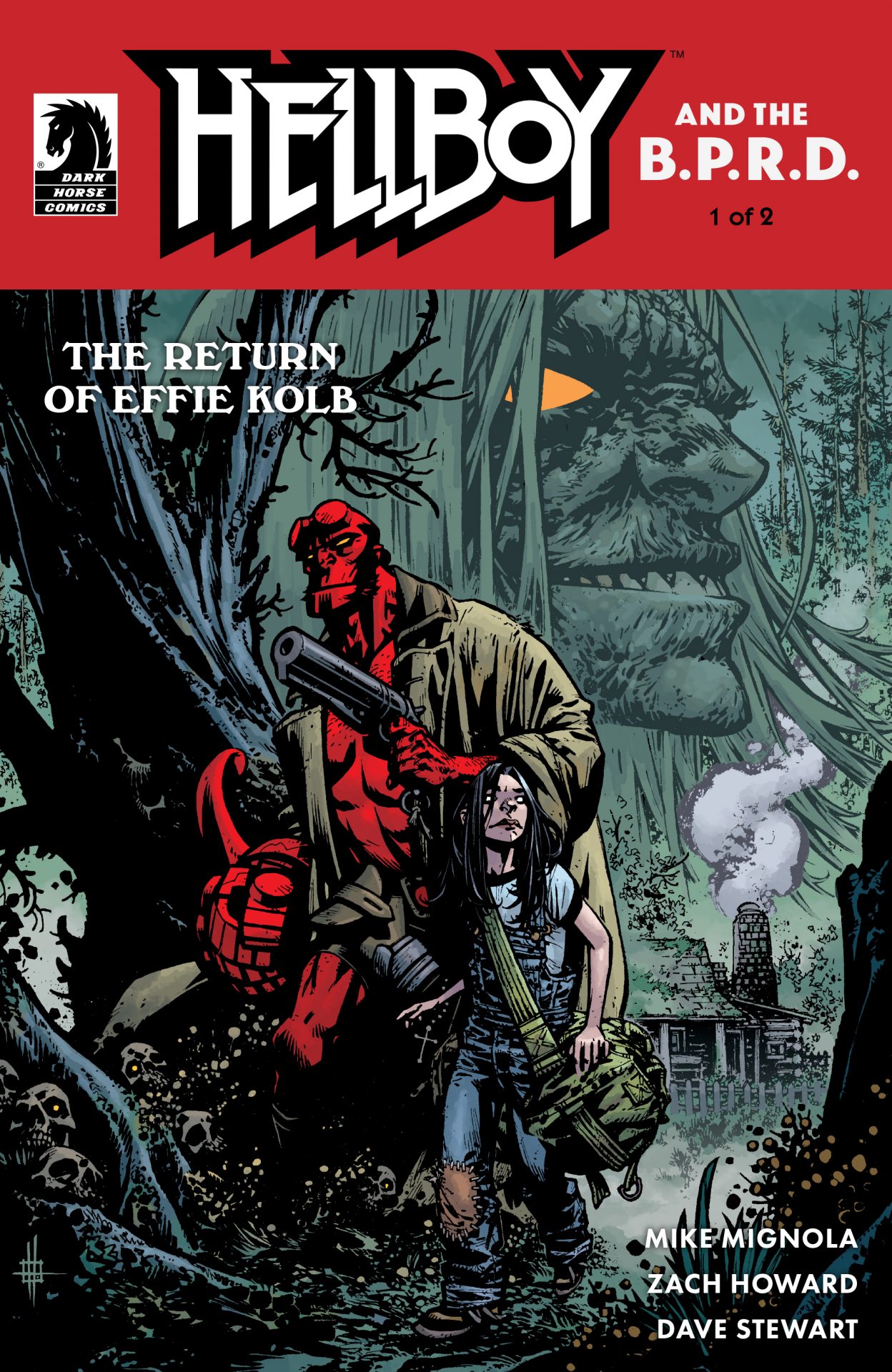 Mignola shared his love of the story with us. “I don’t know if The Crooked Man is the best thing I’ve written. I think it might be. It’s certainly one of my favorites. Richard Corben did such a brilliant job drawing that story, I never gave any serious thought to doing a sequel to it—But then one day I was looking at Zach Howard’s work, at the way he drew trees, and suddenly I was right back there in that world, those spooky woods and that crumbling old house. Sometimes it happens like that. I didn’t plan to go there, but I’m very glad I did.”

His enthusiasm is shared by his collaborator Howard, who told us of his personal connection to Hellboy, “Seventeen years ago I was hired for my very first paid comic book gig: The Hellboy Resource Manual by Steve Jackson Games. It was a little five-pager and launched my career as a professional. I couldn’t be more pleased to get one more crack at Mignola’s brilliant character before I hang up the cleats.”

You can learn more about the Return of Effie Kolb in the official press release from publisher Dark Horse:

“Legendary Hellboy creator Mike Mignola, acclaimed artist Zach Howard, award-winning colorist Dave Stewart, and letterer Clem Robbins are collaborating on a sequel to the iconic Hellboy story The Crooked Man. In Hellboy & The B.P.R.D.: The Return Of Effie Kolb, years after he banished the infamous backwoods demon known as the Crooked Man, Hellboy returns to Appalachia when a young psychic warns Tom Ferrell of looming danger. But the Crooked Man’s house is no longer empty and threats both new and old simmer in the Virginia woods.” 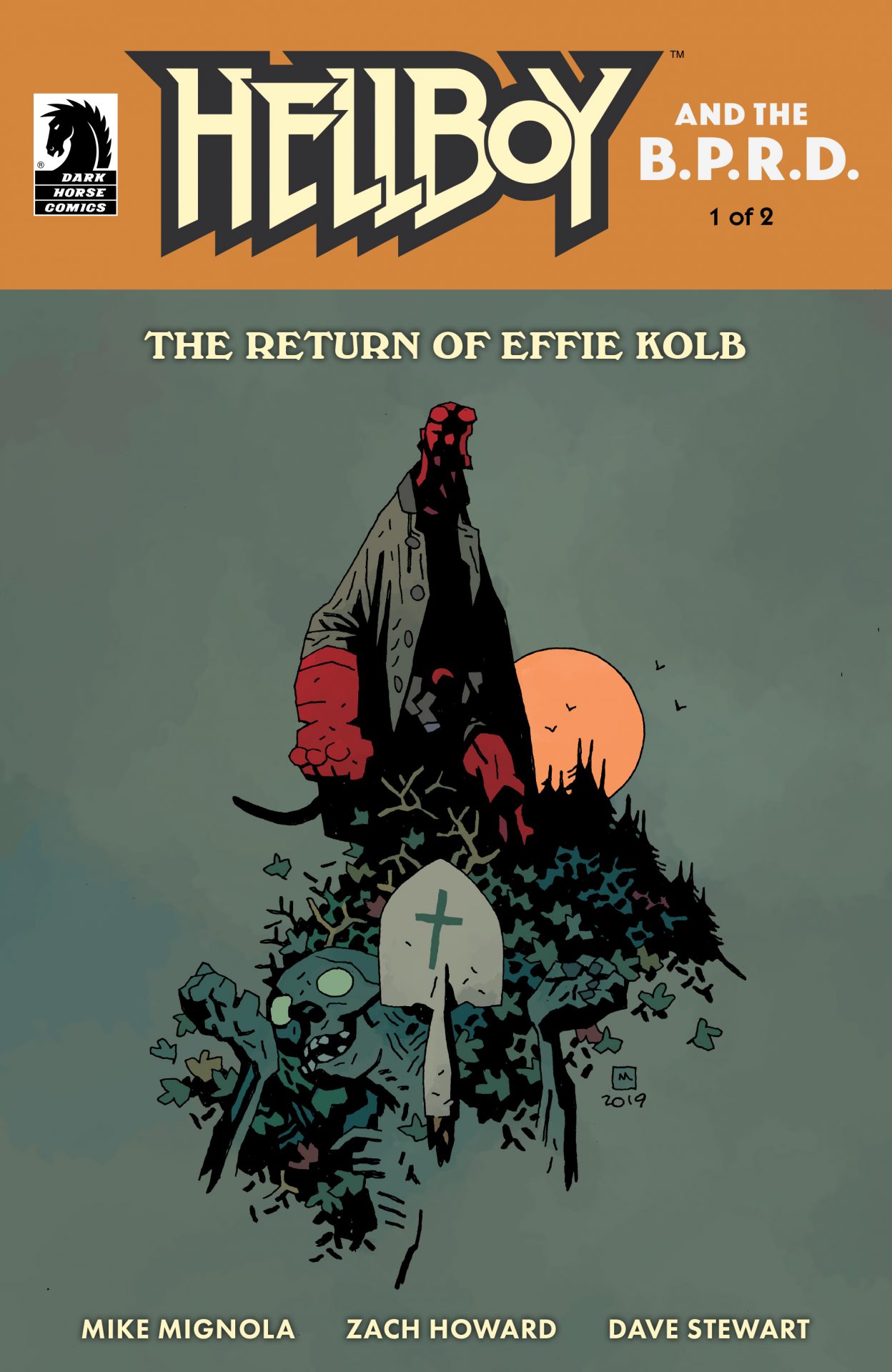 “Sometimes you create a character, they perform their function, and that’s it,” said Mignola. “Other times you finish with them and they just refuse to get back in their box. Tom Ferrell is one of those characters. Even as I was writing The Crooked Man I knew there was a whole lot more to that guy. And Effie Kolb… It turns out there are worse things you can do to a character than turn them into a horse.”

“Getting to stand in the shadows of the two legends that made The Crooked Man is an honor,” said Zach Howard. “Mignola asking me to draw the sequel is an opportunity I have not taken likely, and I’ve given my absolute best to live up to his wonderful creation. This will be my final sequential art as a freelance comic book artist, and I couldn’t ask for a better end to this chapter of my career.”

Hellboy and the Crooked Man by Mignola and celebrated illustrator Richard Corben was originally published by Dark Horse Comics as a 3-issue mini-series in 2008 and is included in Hellboy: The Complete Short Stories Volume 1.

Dark Horse Comics will publish the debut issue of the thrilling, two-part The Crooked Man. In Hellboy & The B.P.R.D.: The Return Of Effie Kolb series on February 19, 2020.”