I was introduced to Mike Mignola’s Hellboy through the first Guillermo del Toro film in 2004. Perhaps many of you were too. The comic book series from Dark Horse began in 1993 and spawned an entire universe of supernatural and occult goodness. But anyone who’s read the books knows the del Toro movies, especially the second one, aren’t really Mignola’s version of the character. Hence, the reboot. Director Neil Marshall’s long-awaited new take on Hellboy is here and it’s got everything that makes the Mignola books great, but lacks the spark that made del Toro’s films interesting.

Mignola’s universe is a dark one. His Hellboy and B.P.R.D. books feature a lot of death and violence, and some terrifying folkloric monsters. The first del Toro movie decently adapted the first comic book arc, “Seeds of Destruction.” It made Big Red an angsty teen with girl problems, but it kept most of the story. Hellboy II: The Golden Army bears del Toro’s signature fantasy creatures, but trades in darkness for whimsy. As great as both movies are, it wasn’t a true illustration of the comics universe. They’re a bit like Tim Burton’s two Batman movies. They say much more about the filmmaker’s sensibilities than the source material’s.

This new movie is a refresh, diving into one of Hellboy’s best comics arcs without retreading much established ground. Paranormal agent Hellboy (David Harbour), a literal hellspawn, feels lost in the world and resents his adoptive father, Professor Broom (Ian McShane) for making him fight all the time. But fight he must, and Hellboy heads to England to take part in “The Wild Hunt,” an ancient giant-hunting ritual. It’s all a bit of a ruse, though, and the real dilemma comes with the proposed reawakening of Nimue (Milla Jovovich). Nimue is a sorceress, the Queen of Blood, and it took King Arthur himself to put her down before. 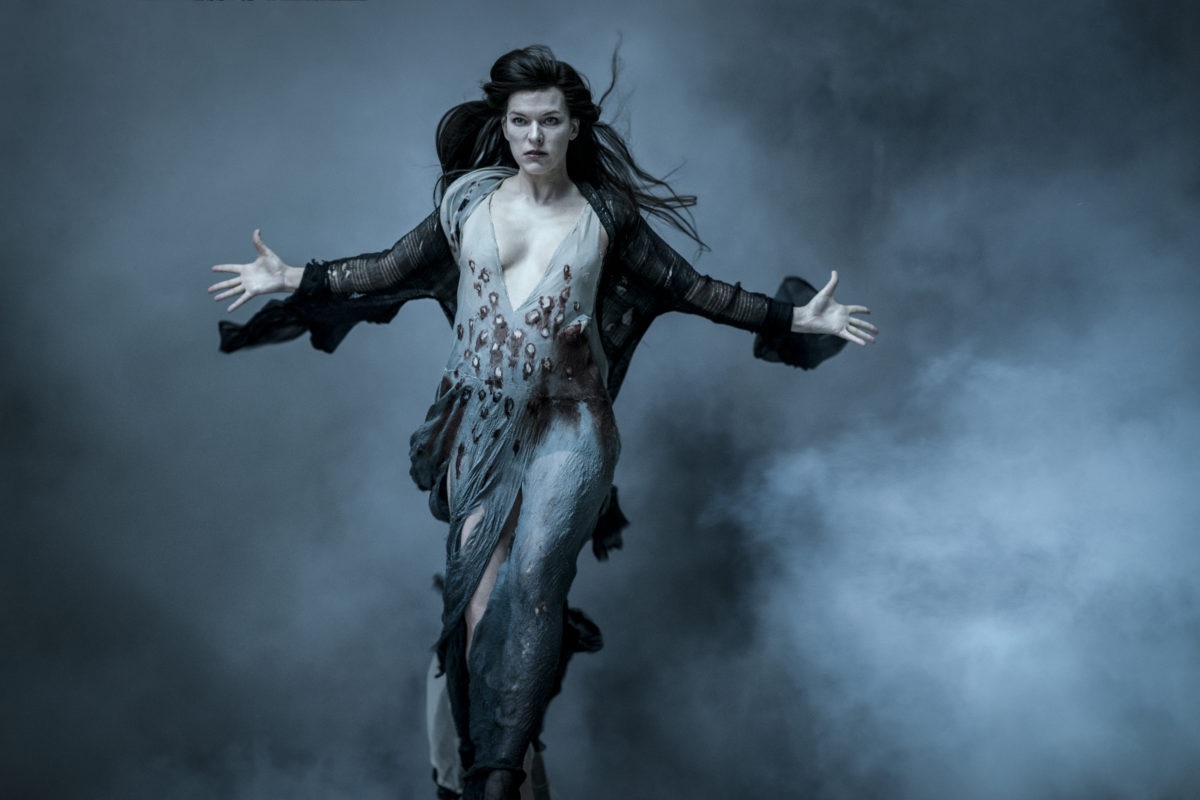 Hellboy teams up with the mysterious Major Ben Daimio (Daniel Dae Kim) and Alice (Sasha Lane), a girl from his past to take down evil. But the real real dilemma is whether or not Hellboy’s origins will lead to him saving Earth or utterly destroying it. Heavy is the head that wears the horns-and-fire-crown.

Hellboy 2019 feels insanely episodic, and for good reason. It’s a direct, nearly beat-for-beat adaptation of some of Mignola and artist Duncan Fegredo’s finest stories, delving into some of the mythology’s most fantastical corners. In a comic, if the reader needs a reminder, there’s a footnote saying “see issue X.” In the movie, there are flashbacks. Each one of these feels like a digression, but they make the story of Hellboy feel lived-in and fuller.

Even with the flashbacks, Hellboy 2019 has a leg up on del Toro’s movies in one specific department. Those movies felt the need to name and explain every single thing in a wholly forced way. This movie trusts the audience to accept and understand things through context. Important aspects are explained as needed, but not every single thing. As the characters learn things, so do we. There’s almost no “as you know,” lines for our benefit only.

The creature design is also right out of the comics. Gruagach, the giant pig beast, is exactly as he looks in the books. Everything from a vampire bat creature to a brief shot of Nazi occultist Von Krupt are comic designs brought to screen. In that vein, this is a hard-R movie, and it’s mostly for blood. Yes, there’s a fair amount of swearing that feels added on for comedy, but it’s the delightfully gruesome violence that makes this version stand out most.

Neil Marshall directed some of the finest, most battle-centric episodes of Game of Thrones and I wish I could say that translated to Hellboy. Perhaps as a function of the budget, some of the CGI looks very cartoonish. As a result the action sequences lack weight and impact. A scene in which Hellboy battles giants is particularly egregious and confusing. On the other hand, a fight in the middle of the film–between Hellboy and Baba Yaga, a hideous witch–is one of the film’s better scenes. The difference is one fight contained tons of green screen and the other didn’t. 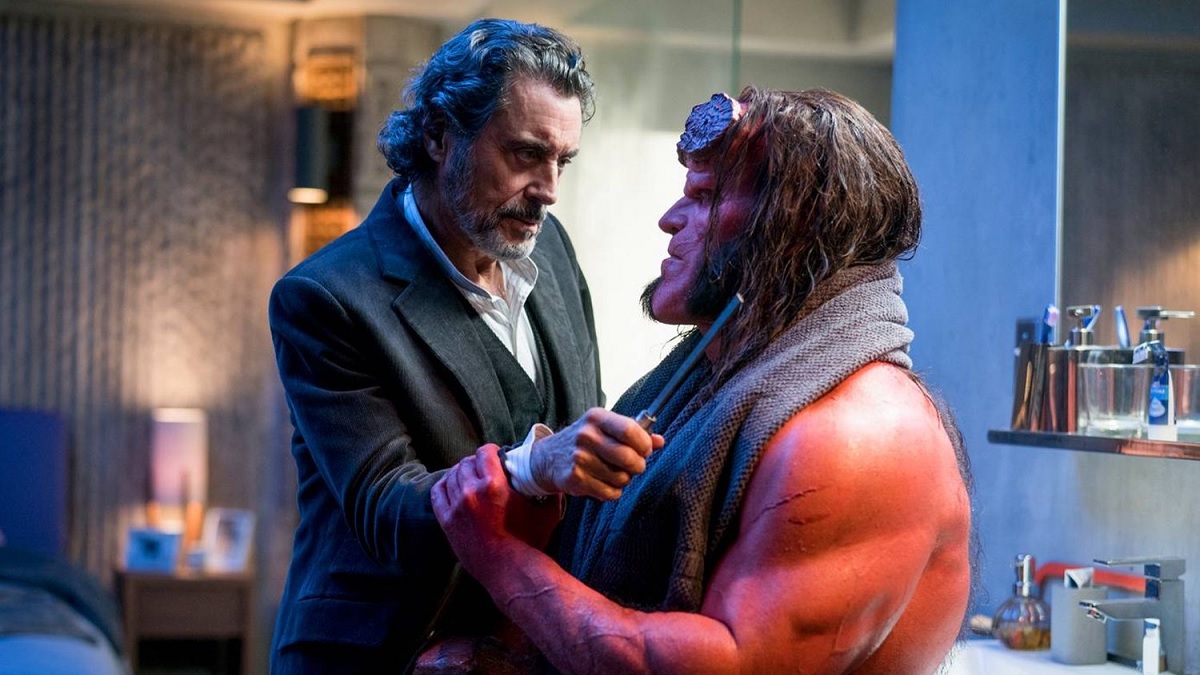 It also needs to be said that Harbour does a fine job, but this Hellboy is a cipher. I never get a sense of who his version of the character is, nor what he wants. Little moments of him equating himself with the monsters he fights are few and far between. He’s whiny one minute, gruff and surly another, and weirdly comedic the next. There are a couple of standout scenes–a flashback involving a fairy changling is one–but otherwise he’s just a gnarly face and giant arm. It makes me wish Ron Perlman’s Hellboy–with that movie’s makeup–could be planted in this new movie. It would be all the better for it.

I don’t mean to rag on Harbour; he does a fine job with what he’s given. All of the actors do, really. This really speaks to the heart of what’s so baffling about 2019 Hellboy. On the one hand, fans of the comics couldn’t ask for a more faithful, loving, and thematically resonant screen adaptation. This is Mike Mignola’s universe writ large. On the other hand, the slavish devotion to those books kept Marshall’s flair from coming to the forefront. He doesn’t have the same distinctive fingerprint as del Toro in any movie, but here he’s barely recognizable. It’s a workmanlike attempt to distill a lengthy graphic novel down to two hours. 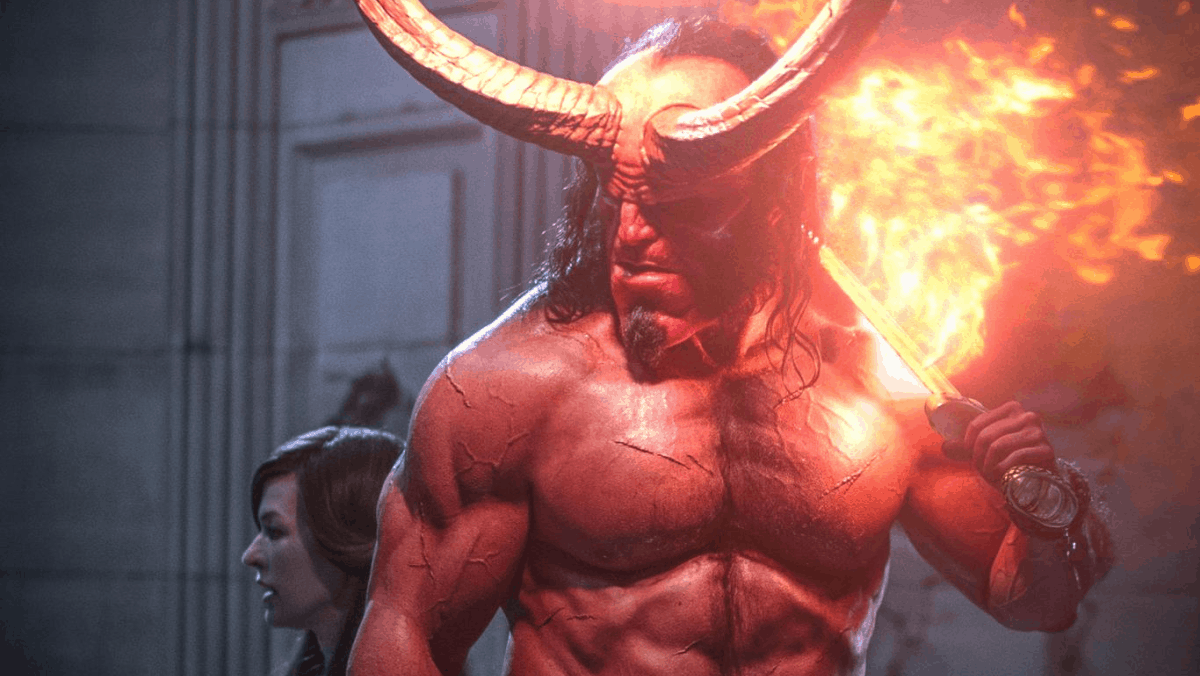 It ultimately boils down to how much you care about what you’re looking at. I’ve spent years reading Hellboy universe books. I know who Lobster Johnson is. I was prepared for all the King Arthur stuff. So I enjoyed it for the most part as a result. Would people who only know the del Toro movies, or maybe didn’t see those movies, feel the same? I’m not sure.

If you have longed for the Hellboy of the page to hit the screen, this movie will scratch some itches. You want a fun, bloody monster movie? You’ll probably have a decent time. If you’re expecting a big superhero blockbuster that hits every Joseph Campbell beat, this might not be the devil you need.