Over a quarter century ago, comic book creator Mike Mignola unleashed a very new and different hero into the world of comics, with the introduction of the demonic Hellboy in the pages of Dark Horse Comics. Since then, the wielder of the so-called “Right Hand of Doom” has become one of the comic medium’s biggest success stories. And one of the few non Marvel/DC heroes to find big screen success.

As a way of commemorating the 25th anniversary of the publication of one of the character’s earliest and most important stories, Hellboy: Seed of Destruction  Oregon’s Gigantic Brewing and Dark Horse Comics are teaming up to create 666 cases of Hellboy beer. Each beer is based on award-winning cartoonist Mike Mignola’s legendary family of characters, who have since gone on to star in three feature films. In fact, Seed of Destruction was the basis for Guillermo del Toro’s celebrated original Hellboy adaptation from 2004.

All told, Gigantic Brewing will release six different Hellboy themed beers, all with flavors inspired by fan-favorite characters from the long running Hellboy comic book series. Each new beer will be a limited edition run of (appropriately) 666 cases and will be released approximately every seven weeks. The next release–the Abe Sapien beer–will be available beginning on July 20. Each of these beers are the perfect way to celebrate one of the very first adventures of the B.P.R.D.’s best agents.

The limited edition beers will be released in the following order and feature different flavor profiles: 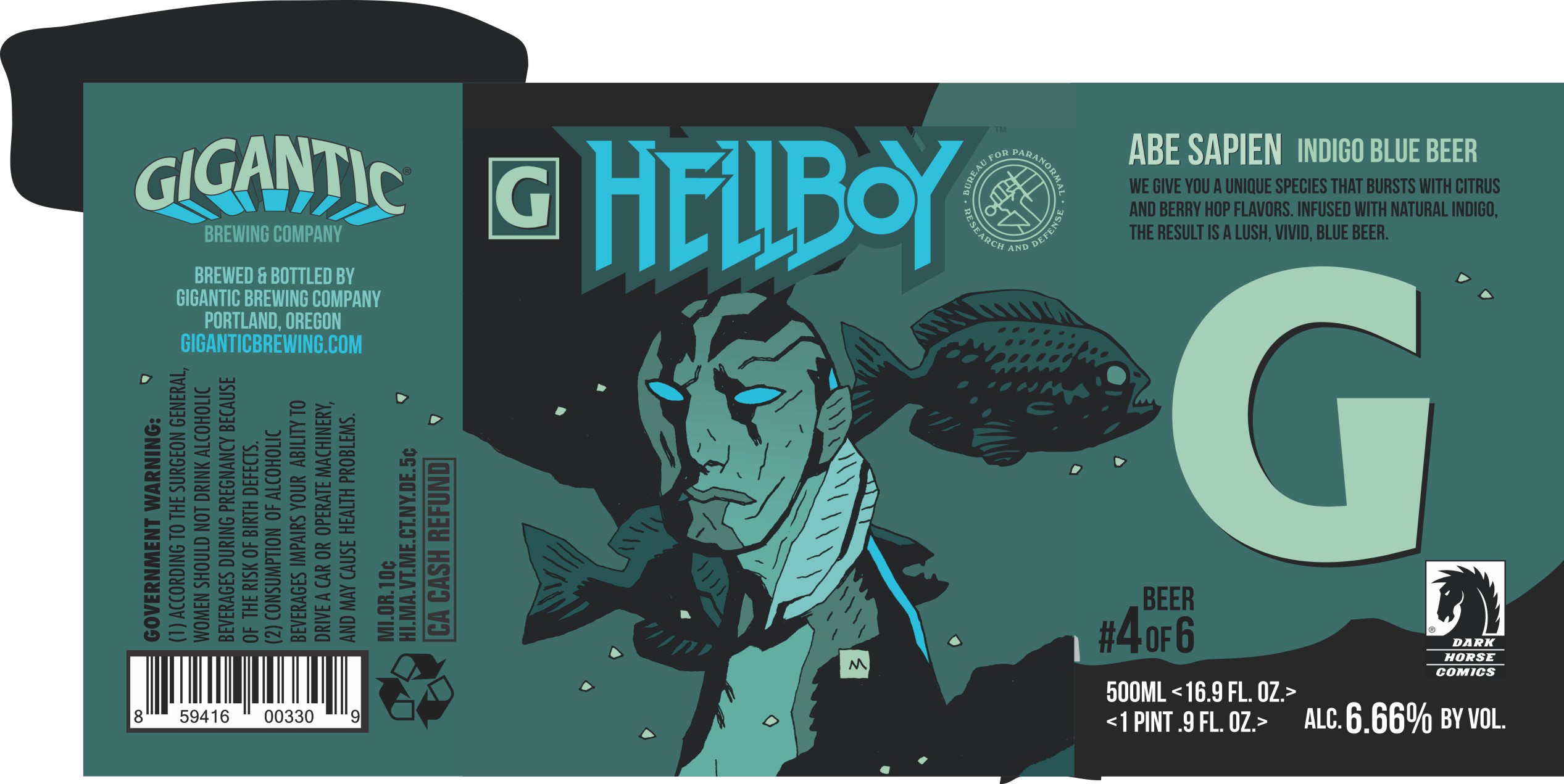 So kick back with one of these beverages this summer, and read (or re-read) some classic stories from one of the comic medium’s coolest heroes ever.