“There have always been Black curators and Black artists. They just, perhaps, have not been part of the mainstream.” The late David Driskell presents this fact to us at the beginning of HBO’s new documentary, Black Art: In the Absence of Light. Upon hearing his words, I took a mental trip back to my years spent in K-12. Each time the topic of historic artists came up, the same big four were deemed most iconic or most important. Leonardo da Vinci, Salvador Dalí, Vincent van Gogh, and Pablo Picasso. Their work has certainly been influential. But to treat them as the only artists worth teaching is fallacious, and rooted in white supremacy within the arts.

Thankfully, Black Art focuses on a lot of names that, while highly influential, may be new to you. Names like Driskell, Faith Ringgold, Kerry James Marshall, and more Black artists who might’ve been completely absent from your schoolbooks. (These names were never mentioned in the multiple schools I attended across two different states.) Given how they’ve contributed so much to both the arts and American history, you’d think they’d be household names. But still, to this day, Black artists struggle to see their work recognized. 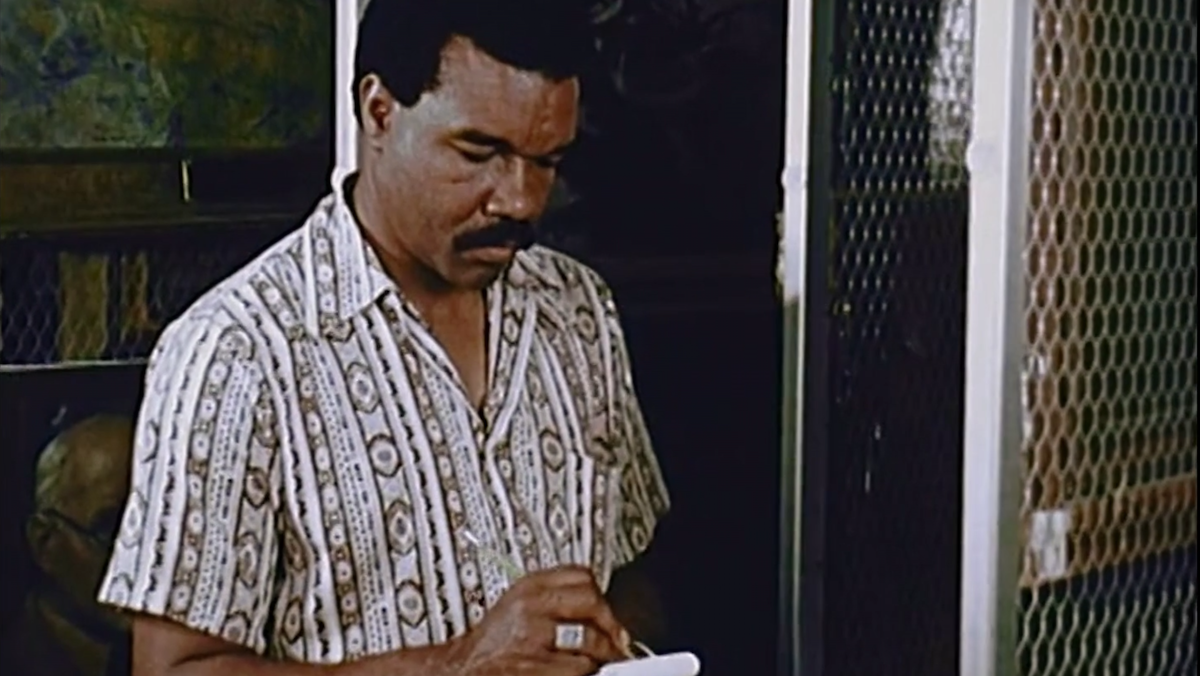 The documentary shows Driskell striving to change this by helping to curate “Two Centuries of Black American Art” in Los Angeles in 1976. This exhibition showcased a collection of artwork by Black artists living in America during the prior 200 years. The endeavor faced resistance and negative feedback from White critics who couldn’t correctly interpret Black art, or who believed it had no place in museums. To this, David said, “[The exhibition] ought to be done because the American canon is not complete without it.”

Despite the efforts against it, “Two Centuries of Black American Art” was a big success in Los Angeles. It became the biggest exhibition ever when it opened in Atlanta a year later. If not for this exhibition, we never would’ve heard about many of the artists who were part of it. Nor heard the stories their artwork told, since Black history in America was—and still is—erased or misconstrued by those who get to decide what goes into the history books.

Eight years earlier in Harlem, “Harlem on My Mind” became the first major exhibition meant to give representation to African Americans. Sadly, the faces behind the exhibition didn’t match who it was trying to represent. On top of that, it featured no art created by Black people. So what exactly was this exhibition’s purpose? Gatekeepers across different industries would still rather capitalize off inauthentic versions of Black art and stories than work with us or support the spaces and platforms we’ve created for ourselves. 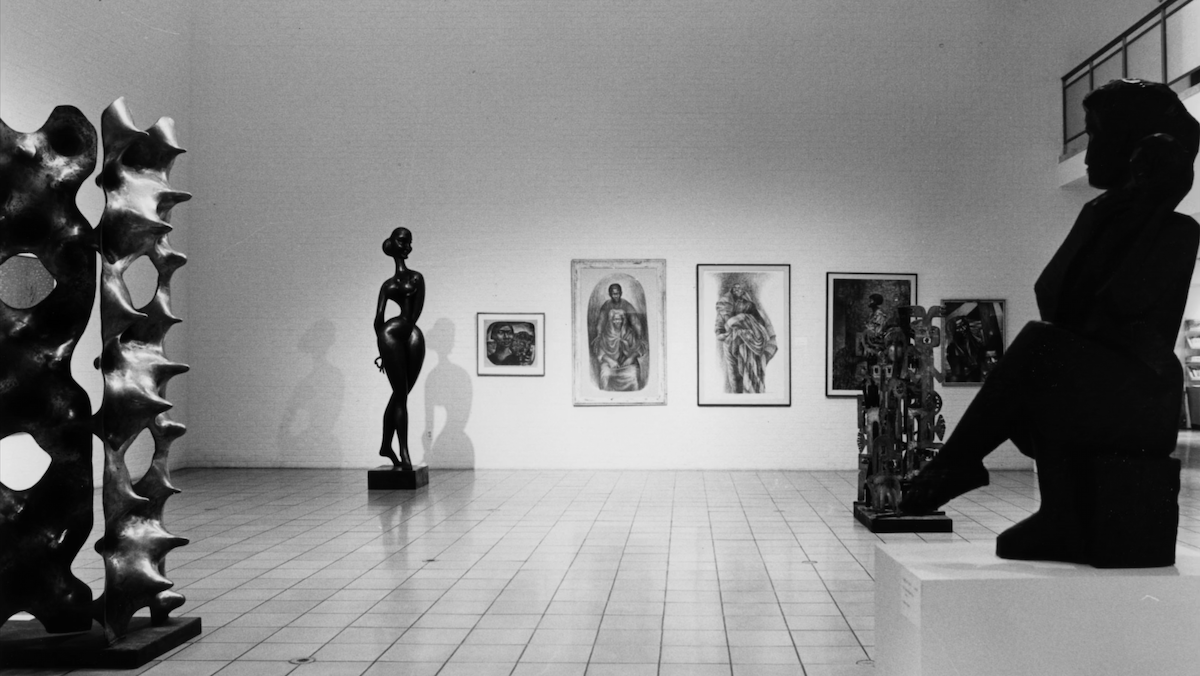 One of those spaces is The Studio Museum. Established in 1968 and still active today, the iconic museum continues to showcase African American art. One piece you can find on display: “Echoes of Harlem,” a narrative quilt Ringgold made with her mother. The quilt consists of 30 faces, each of which represents a life story in Harlem. Since the 1950s, Faith has created political and feminist paintings, sculptures, and performance art. Her work held a mirror up to white America; it visualized how daunting it was for a Black woman to live in such a violently racist and misogynistic country during the Civil Rights era.

Black artists also use their art to simply express being human. After moving away from abstract art, Kerry James Marshall got innovative with the color black; he used up to nine different shades of it as skin tones for the characters in his later works. Though all the colors he used came from black, his palette was “just as broad, ranged, and complexed as any other color on the spectrum.” This was his way of showing that Black people are just as layered and complex in our behaviors, thinking, creativity, and ways of life, as anyone else. 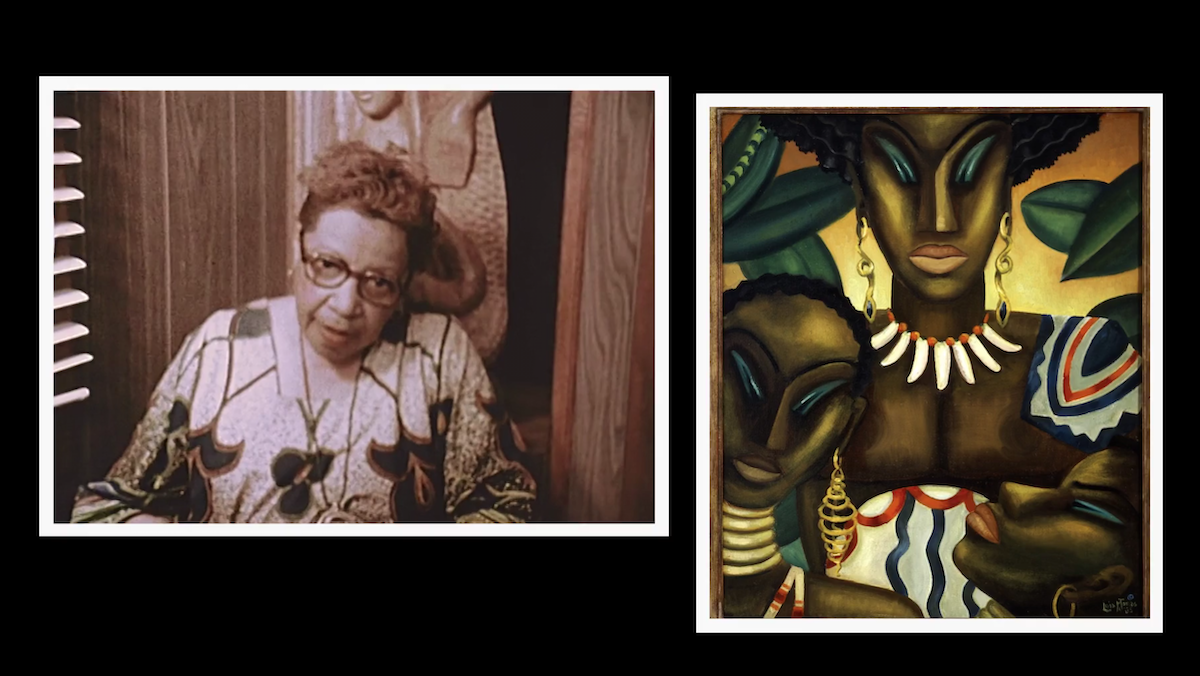 The documentary reveals that only 15 percent of artists included in a major art collection are POC. Of that 15 percent, only 1.2 percent are Black. This is an unfortunate result of what happens when the faces of the museum’s selectors don’t reflect the diversity of America. Way too many pieces of amazing artwork are overlooked because these selectors can’t—or refuse to—comprehend their messages or stories.

If Black Art teaches us anything more about the artists it introduces, it’s that their works paint a picture of a large piece of America’s history that hasn’t been seen by very many people. It may seem like we’ve come a long way since they wouldn’t display any Black art in any of the major museums. But we still have a long way to go. Everything here merely scratches the surface of all the information many more Black artists, scholars, and curators share in Black Art: In the Absence of Light. We encourage you to check it out on HBO Max if you can.

Rethinking the Visual Effects Category Ahead of the 2021 Osc...

How ETERNALS Could Bring Mutants into the MCU