Have Players That Read Every Campaign Book? These GM Tips Are For You - Nerdist

Have Players That Read Every Campaign Book? These GM Tips Are For You

GM Tips is our series to help Storytellers and Game Masters improve their craft and create memorable roleplaying experiences. Last week we talked about rewriting basic encounters to be more exciting and this week we laugh at the thought players could get spoilers ahead of time!

Most GM’s have encountered the scenario where at least one player has read every book from the game system. Often, it’s born out of love for that particular setting, or even because they themselves are a storyteller. Even when I thought I was being cheeky, by trying some older game system or something from left field—I’ve discovered that I still had one blasted holdout that knew the end game. The easy answer is to home-brew and run a spoil-free campaign, but not everyone has the time for that and in some games, the setting itself is intrinsic to the plot.

Legend of The Five Rings has the notorious Clan Wars where the Scorpion Clan tries to take the throne, classic White Wolf had the Giovanni Chronicles, and even Faerun comes with its own history. When a player knows the history of Thay in-an-out it can be difficult to home-brew a campaign inside that nation without angering them. So how do you take pre-written campaign modules or twist the setting while still preserving the nostalgia? I’ve heard from some GM’s that to alter a pre-written campaign module is to go against the writers intent, and I have to strongly disagree with that stance. Once you own the module—you are free to tinker, rip, shred, alter, and play with that sandbox however you wish. Even more so when your players have read it before…

Make The Players The Villains

A favorite twist of mine for any dedicated campaign module is to rewrite it from the villain’s point of view. Take a classic 5E Starter adventure like the Lost Mines of Phandelver and instead of the characters working for the Rockseeker dwarves, they are instead hired by the infamous Black Spider. The same adventure, can be played out, yet almost in reverse—just pretend that the early goblins are instead a weak party of rookie adventures. Step-by-step the adventure will take very different twists and turns while still having all the framework, locations, and NPC blocks in place. This trick allows for an often hilarious take on the same adventure party members have played prior.

There is a further reason to flop pre-written campaign modules on their heads with villainous intent—side quests become abundant. If our goal is to find a hybrid between being faithful to a setting while still surprising players this method equips the GM with the tools needed. Tavern NPC’s react differently, and the rogues guild may suddenly be the new hangout. If another player has played the module, perhaps one of their old characters is in town and you could spin off a side-quest about something that happened off screen. Looking at campaign books as sandboxes from the antagonist’s point of view, opens up new doors in a fun way. 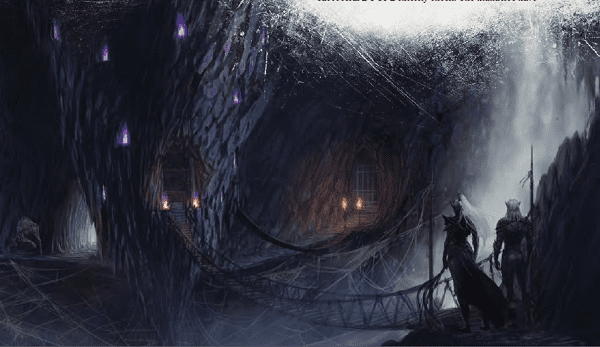 Nothing says you have to run your campaigns in isolation of each other, and a lazy trick to have fun with your party is layering the module with another. This is particularly effective in the game systems for D&D and Shadowrun who generate objective focused story-lines that criss-cross exceptionally well. Start your campaign with Act One for Out of The Abyss and then quickly tack on Act One for Prince’s of The Apocalypse. You’ll have to change the setting for one of the modules but when the party is suddenly given choice over which direction to go—any book precognition fades.

If the party opts to continue down one path (say Out of the Abyss) you as a storyteller resolve the consequences of the second module and weave them into the tale. When the party choses again, the storyline of the ignored module continues to alter the plot. Even if the party knew both modules back-to-front at the start, you as a GM will end up with a custom weaved adventure that nobody could predict. You still have all the NPC’s, locations, monsters, challenge ratings and level guide work all done for you while creating a custom story based on your players choices.

This is a particularly common trope in Science Fiction Fantasy novels these days and it hasn’t caught on yet in the RPG world—-genre bending. Let’s say you’re running your L5R adventure and the party of Samurai enter the Shadowlands when half your players start espousing rare lore from Bearers of Jade. A frustrated GM may just change things with abandon, or even stop running the game, but when setting based plots are revealed—change genres. In this case, the lore in Bearers of Jade is true about Oni, but when the party stumbles across a small metal shell with a bio-hazard symbol or a ruined nuclear missile questions will start to form. 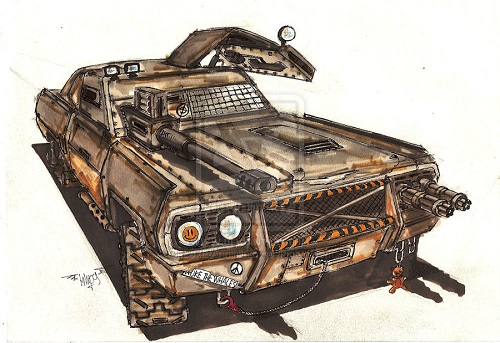 The key is to find elements and genres that mesh well together and inspire the storyteller to add in borrowed content. D&D campaigns descending underground suddenly find themselves atop an alien civilization, or Deadlands campaigns find their characters locked underground until someone pulls them out in the Victorian Era where the Reckoners are oil barons. You want to ensure that you preserve your games timeline and continuity while giving your players a total surprise. The best time this has ever happened to me, was during a World War 2 game based off Band of Brothers (a show we had all, of course, seen) and halfway through—we were battling chthonic entities.

Have your ran something like Curse of Strahd for repeat adventurer’s? Let us know what worked for you in the comments below!

Featured Image by: Phandelver Adventure for Wizards of the Coast

Image Credits: Out of The Abyss by Wizards of the Coast; Atomic Highway