We can’t wait until Mike Flanagan’s The Haunting of Bly Manor drops on Netflix on October 9. In fact, we’ve been counting down the days since we learned about that release date. The series is a follow-up to 2018’s The Haunting of Hill House, but we’re in a different spooky place this time around. Hill House adapted the novel of the same name by Shirley Jackson, while Bly Manor will adapt Henry James’ The Turn of the Screw, along with some of the author’s other short stories.

If you’re unfamiliar with Henry James and want to go into Bly Manor fresh, then now’s the time to turn away. But if you’re endlessly curious about what to expect headed into the new show, I’ve compiled this handy list of everything to read and watch ahead of its debut. Even better: everything on this list is free to read or watch online. (Albeit some with a subscription service.) 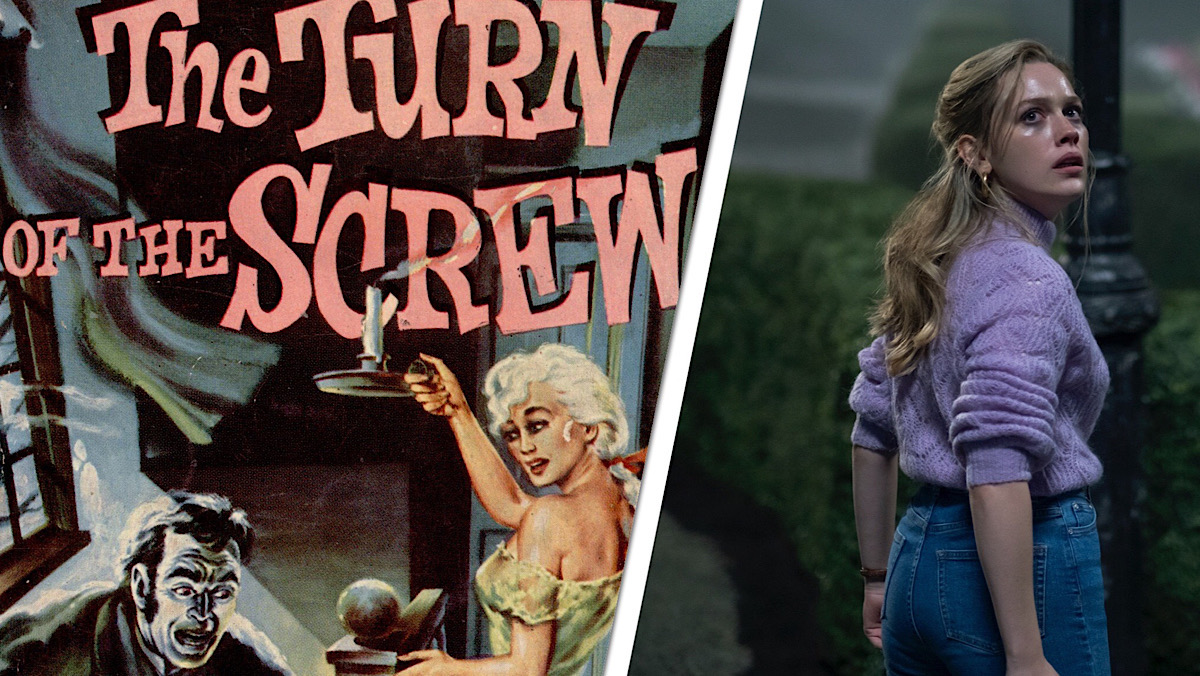 The Turn of the Screw

Henry James’ 1898 novella was first published as a serial in Collier‘s weekly magazine. The gothic ghost story follows an unnamed governess who heads to the remote English countryside manor of Bly to care for two recently orphaned children named Miles and Flora. Soon after her arrival, the governess sees the ghostly apparitions of a man and a woman. She learns of the former governess, a woman named Miss Jessel, and another employee of the house, Peter Quint, who recently died and had spent a great deal of time with Miles and Flora. The governess then suspects the ghosts are having some affect on the children. But are there actually ghosts at all, or is this all a figment of the young woman’s imagination?

That’s the real question, and it’s one readers have been pondering for more than a century. The Turn of the Screw is one of the most famous and influential ghost stories of all time for that exact reason. It isn’t a long novella, but it packs a punch. It has inspired dozens of adaptations and retellings, including The Haunting of Bly Manor. 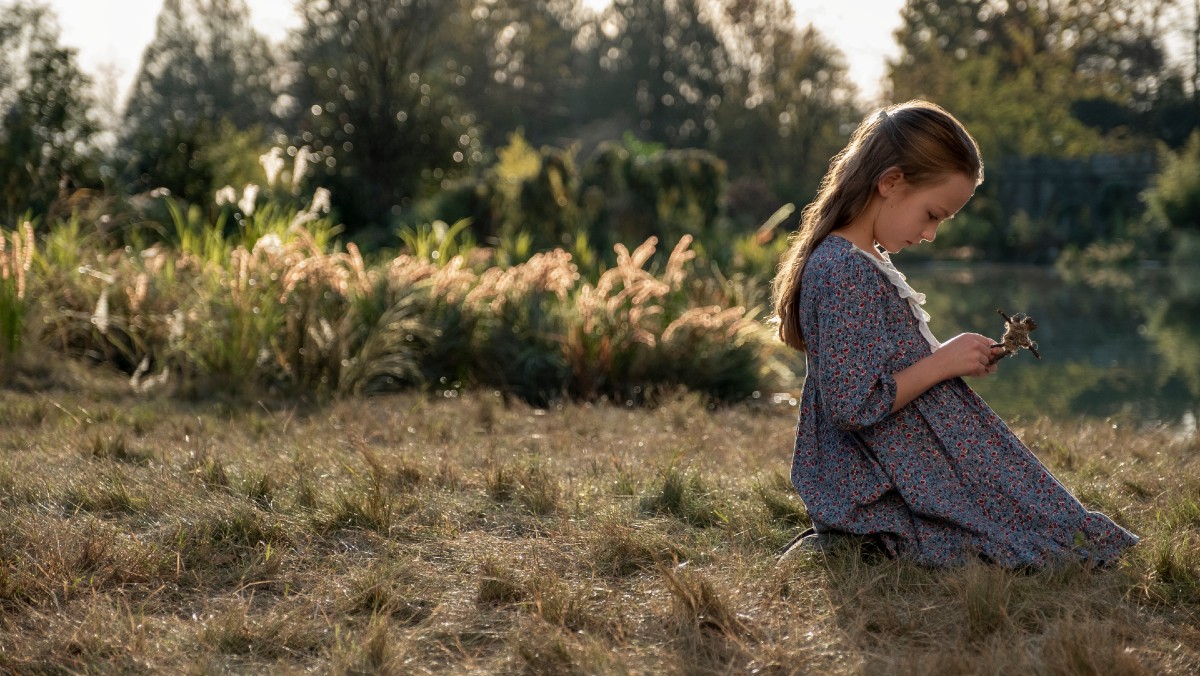 Flanagan noted that Bly Manor won’t only incorporate The Turn of the Screw, but also several of Henry James’ short stories. He specifically mentioned “The Jolly Corner” as one of the stories woven into the show’s text. The short story follows a man who returns to his hometown of New York City to look after some property he inherited since his parents’ deaths. He soon finds that he’s rather good at property management, and wonders what sort of life he might have lived had he devoted his time to work instead of the more leisurely life he lived abroad. The man begins to suspect that he manifested his own alter-ego, who haunts the “jolly corner,” the name he gave to the property. He decides to confront his doppelgänger, which results in violence.

In the trailer for Bly Manor, we see Henry Thomas’ character haunted by what looks like his own doppelgänger, which could be the show’s version of this spooky 1908 ghost story.

“The Romance of Certain Old Clothes”

Flanagan has also directly referenced this story as one that inspired The Haunting of Bly Manor. Set in 18th century Massachusetts, it follows two sisters, Perdita and Viola, who both fall in love with a man named Arthur Lloyd. The sisters vow not to be jealous of whomever he choses, but when Perdita is selected, Viola is angry anyway. Viola and Arthur develop a friendship, and Perdita falls ill. Fearful that her sister will marry her husband and claim her things when she dies, Perdita makes her husband vow to lock her belongings—including her beautiful clothes—away in a trunk. Perdita dies, and Viola and Arthur marry. They fall on hard times, and Viola asks Arthur to open the trunk so they can sell Perdita’s belongings. Arthur gives her permission, but the way things shake out…. well, we’ll just say that Viola probably wishes she never opened that trunk.

The title of this 1900 short story has been referenced in Bly Manor‘s marketing, so it’s a good bet that elements of it will also find their way into the show.

A post shared by The Midnight Club | Netflix Flanaverse (@thehaunting)

“A Great, Good Place” follows a man named George Dane. He’s a busy writer who, after the arrival of an unexpected guests, is transported to a fantasy retreat world where he is able to finally find some peace of mind. He is eventually awakened by his servant, which leads the reader to believe the fantasy world was just a dream. But like all supernatural Henry James stories, the answer is left to us to decide.

Bly Manor will star Rahul Kohli as a character named Owen and Henry Thomas as someone named Henry Wingrave. So it would seem that the story “Owen Wingrave” was also an inspiration for the show, although we don’t know to what extent just yet. The short story follows the eponymous man, the second son of a military family being coached for a career as a soldier. But he finds war barbaric and refuses to join the army, an act that gets him disinherited. A group of people gather at his family home to convince him to join the army, including a woman named Kate Julian, whom he is meant to marry. The family home contains a haunted room where an old relative once died; after Kate taunts him, Owen says he’ll stay in the room overnight. But when they go to fetch him the next day, they find him dead. 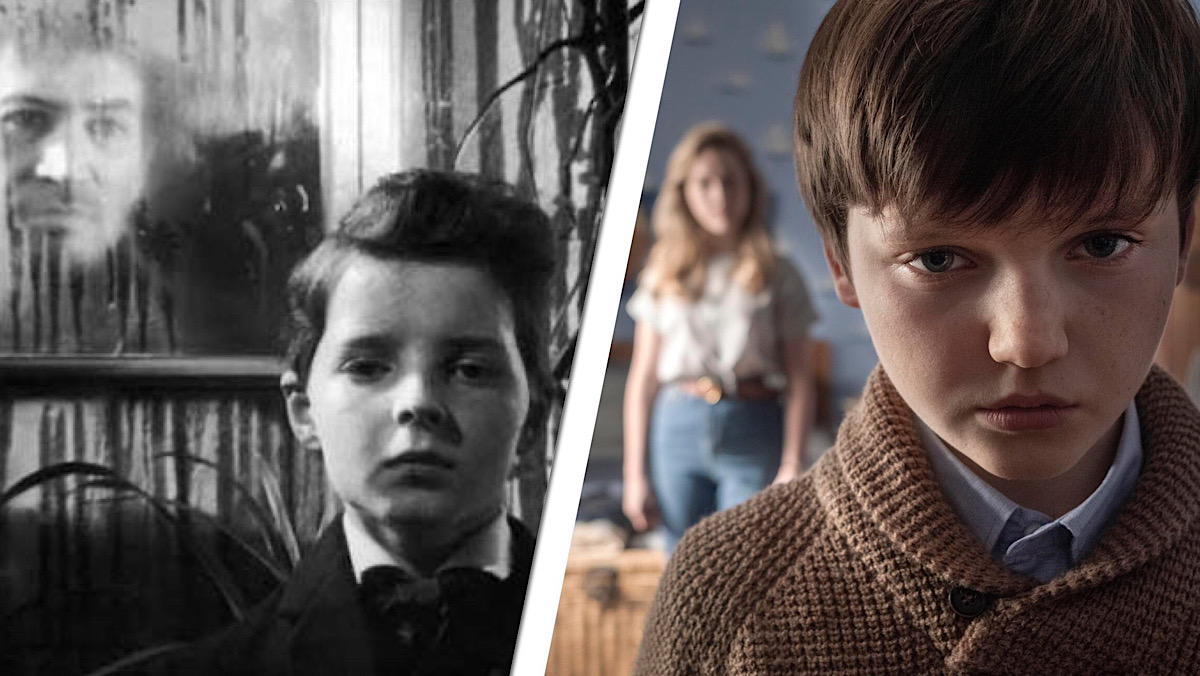 This is probably the most famous and revered adaptation of Henry James’ novella. The Jack Clayton film stars Deborah Kerr as the governess (named Miss Giddens in this version) who travels to Bly to watch over Miles and Flora. From the gorgeous black-and-white cinematography to the clever script (with rewrites by Truman Capote), it’s one of the most influential supernatural films ever made.

Purchase here from the Criterion Collection. (This is the only movie on the list that isn’t free to watch with a subscription service, although you might be able to find it on YouTube if you go looking.)

This 1974 made-for-television version of The Turn of the Screw was directed by Dan Curtis (creator of Dark Shadows). It stars Lynn Redgrave (sister of Vanessa) as the governess, named Miss Jane Cubberly in this version.

This Spanish-American drama is another adaptation of the novella, this time directed by Antoni Aloy. Like literally every other version, it follows a governess who heads to a creepy old mansion to watch over two recently orphaned children.

This version, directed by Donato Rotunno, stars Leelee Sobieski as Anna Veigh, an updated version of the nanny character. In this modern take, Anna is an art teacher who is fired after the headmaster of her school makes sexual advances that she refutes. He finds her a nanny job instead, and sends her off to Bly House, where she looks after two orphaned kids. She soon suspects the kids are victims of abuse, just like she was as a child. This one is not very good, but if you’re interested in seeing how a more modern version of the story plays out—similarly to The Haunting of Bly Manor—it’s worth checking out and is free on Amazon Prime.

Downton Abbey fans will like this one, as it stars Michelle Dockery and Dan Stevens. The adaptation takes certain liberties with the book; it’s set in the 1920s instead of the 1840s, and is told in flashback style, with Dockery’s governess now institutionalized. This one also plays up some of the sexuality only hinted at in the novella.

This Brazilian adaptation is also set in modern times and follows a woman hired to be the teacher to two orphaned children who live on a coffee plant. Soon, she starts to suspect they are under the influence of ghosts. 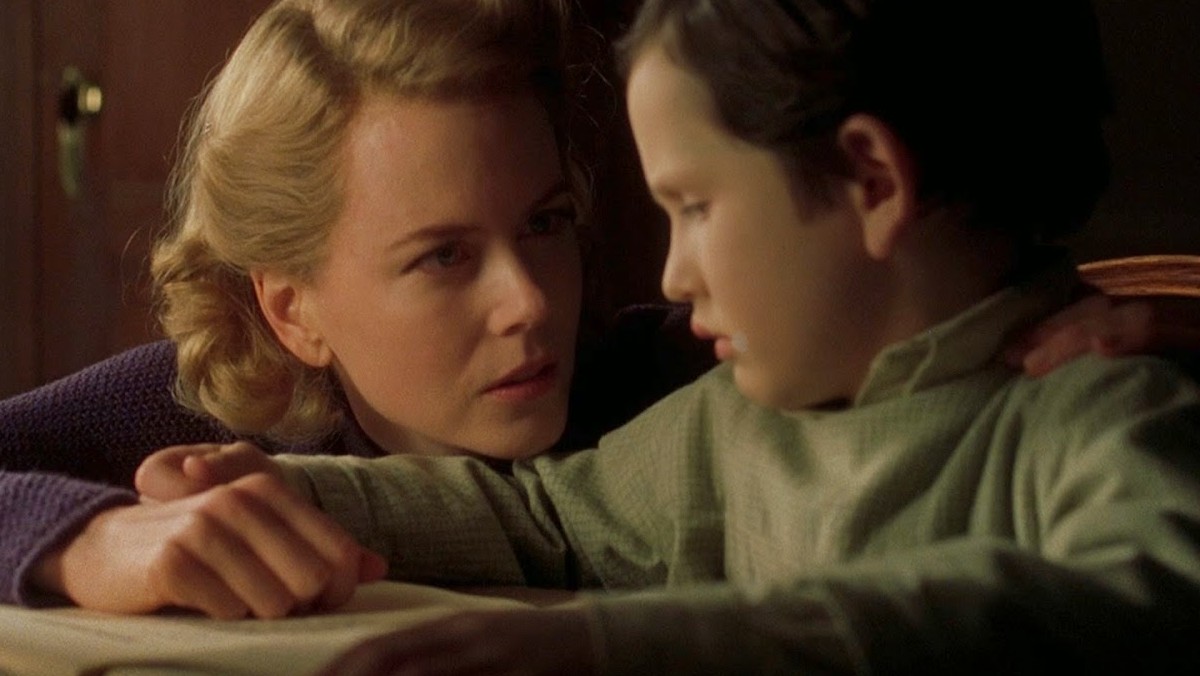 The Others is not a straight adaptation of The Turn of the Screw, nor is it really an adaption at all. But it does feel of a piece with James’ story. We won’t spoil the big twist in this one, but will only say that it follows the mother of two mysterious children who suffer an allergy to sunlight. Their relatively peaceful existence is disrupted when the mother hires three new servants whose arrival at the house coincides with odd, ghostly occurrences.

The manor in the house feels a lot like Bly, as does the weird nature of the children—who appear to be under some kind of ghostly influence.

TAGGED: The Turn of the Screw, Henry James, The Haunting of Bly Manor, the others