The cast and official accounts for The Haunting of Bly Manor spent yesterday teasing us that something was coming. And we had no idea what that something could be. The Netflix series recently released a teaser trailer for the upcoming second entry in its Haunting series from Mike Flanagan, the follow-up to 2018’s The Haunting of Hill House. So another one of those seemed unlikely.

But lucky for us, that’s exactly what they had in store. Behold! The first full trailer for The Haunting of Bly Manor is here. And it looks fantastic.

And the best part? This trailer reveals almost nothing about the plot. In fact, this is the full description for the new series:

Dead doesn’t mean gone. An au pair plunges into an abyss of chilling secrets in this gothic romance from the creator of The Haunting of Hill House.

That’s it! But here’s what we do know about The Haunting of Bly Manor. Mike Flanagan—the excellent horror director who brought us Hill House and films like Oculus and Doctor Sleep—is back for another round of haunted house horror. This time, he’s remixing Henry James’ 1898 novella The Turn of the Screw into a multi-episode story. That book also deals with an au pair who moves into a manor called Bly to watch over two orphaned children, Miles and Flora. But something isn’t quite right with the kids, and something isn’t quite right with the house, and she soon starts seeing ghostly apparitions. 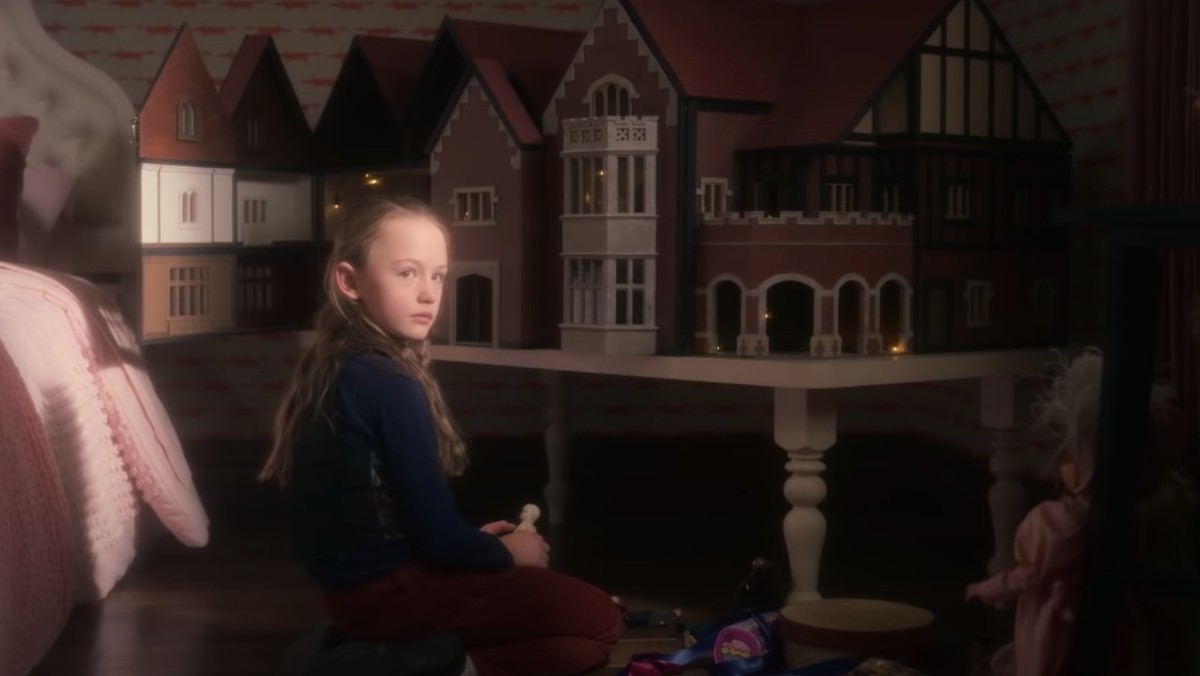 It’s unclear how much Flanagan will borrow from James’ story this time around. The Haunting of Hill House was based on Shirley Jackson’s novel of the same name, but bore little resemblance to that story. Flanagan likes to borrow places and ideas, but tell his own story, which we love. We’re so excited to see what he’s cooked up here.

TAGGED: Mike Flanagan, The Haunting of Bly Manor, turn of the screw, Netflix