All the Hidden Ghosts in THE HAUNTING OF BLY MANOR - Nerdist

All the Hidden Ghosts in THE HAUNTING OF BLY MANOR

If you were a fan of The Haunting of Hill House, then you’ll remember one of the show’s biggest hooks: all of those hidden ghosts! Creator Mike Flanagan cleverly snuck ghosts into the background of every episode. And once you start noticing them, it’s hard to stop. It makes the whole experience way creepier.

Flanagan teased that there would be even more hidden ghosts this time around in The Haunting of Bly Manor. And he wasn’t lying! We’ve gone through every frame of The Haunting of Bly Manor and discovered a whole mess of background specters, some of  whom are hidden in much plainer sight than the ones in Hill House. Here are all of the ghosts we found and some advice on how to spot them.

Spoilers ahead for the ending of The Haunting of Bly Manor. 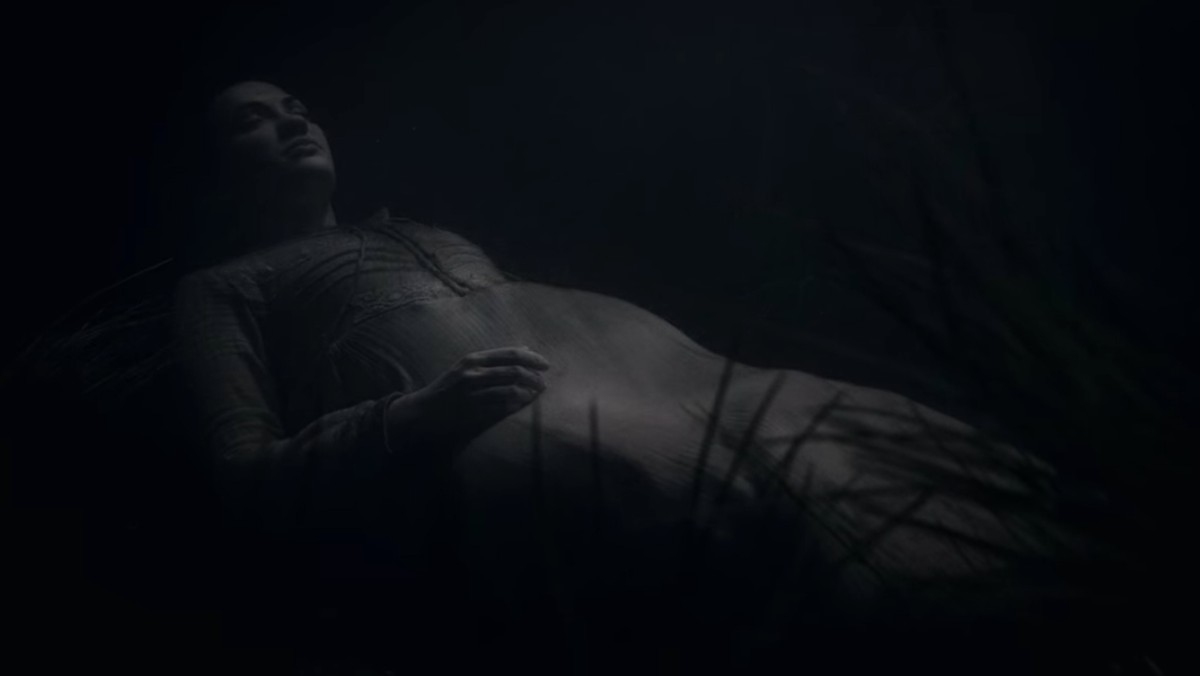 The origin of the Bly ghosts

Back in August, Mike Flanagan told Vanity Fair that this season’s hidden ghosts would be more central to the plot than the ones in Hill House:

Many of the background ghosts of Hill House were abstractions. They remained unnamed, inexplicable terrors. “We were just trying to hide faces and figures,” Flanagan said. In Bly Manor, though, these ghosts are puzzles to be solved. “This season we wanted our hidden elements to tell their own story. And very much unlike the first season, they’re actually going to be explained. By the end of the season, you’re going to know who they are and why they’re there,” he said.

Indeed, in the penultimate episode of Bly Manor, we learn about a pair of sisters named Viola (Kate Siegel) and Perdita (Catherine Parker) who lived in Bly near the middle of the 17th century. They vied for the same man, a wealthy gentleman and distant cousin named Arthur. Viola ultimately succeeded in marrying him, and they had a daughter. But when Viola got sick with tuberculosis, she grew into a shell of herself—a mean and spiteful woman. Eventually, Perdita killed her in her bed—less to put her out of her misery, and more for revenge. Perdita then married Arthur. The family soon fell into poverty, and Perdita decided to open a trunk full of Viola’s old dresses and jewelry. But the vengeful spirit of Viola—who was trapped in the trunk all along—attacked and killed her.

A superstitious Arthur threw the old trunk and its belongings into the lake on Bly’s premises and moved away. The confused spirit of Viola soon started climbing out at night, walking from the depths of the lake into the house looking for her daughter. Now, anyone who stands in her path is killed, their spirits trapped in the house. Thus, the ghosts we see in the background throughout the season are the victims of Viola—though, as we learn from the narrator (Carla Gugino), anyone who died for any reason in Bly after Viola’s death was also trapped there, so powerful and hungry was her vengeance and anger.

The story of Viola and Perdita is based on a Henry James short story titled “The Romance of Certain Old Clothes.” 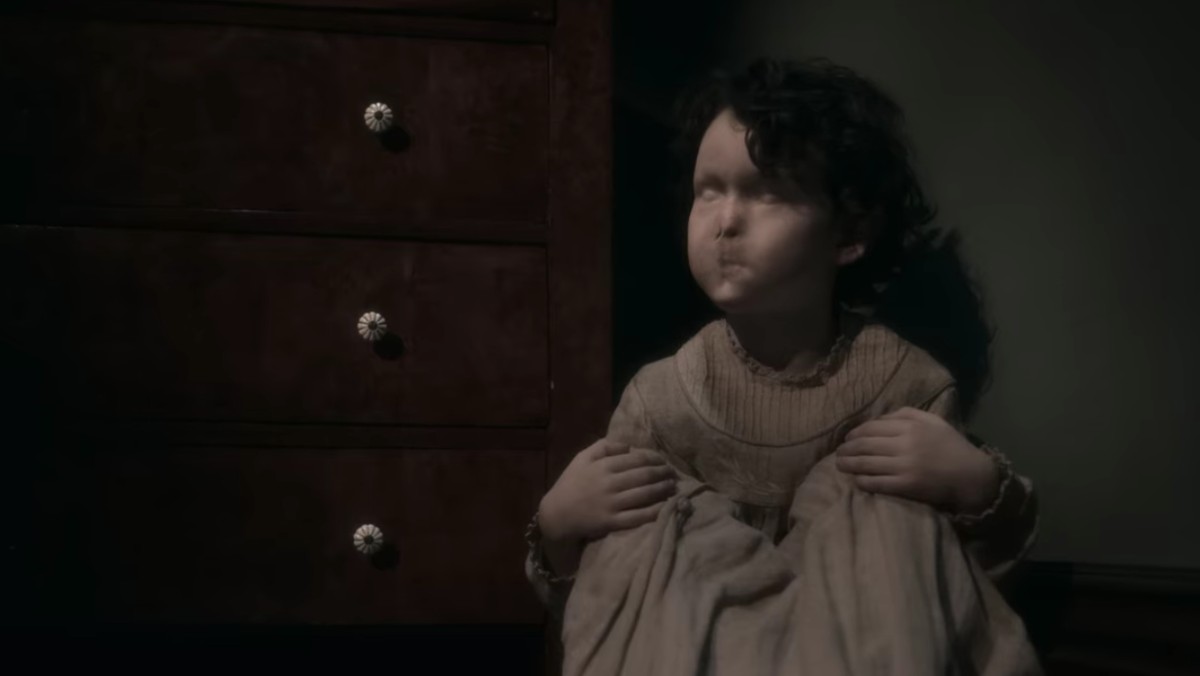 Who are the ghosts?

We learn that after Arthur and his daughter left Bly, the manor became a home for those stricken by the plague. Viola’s first victim is a plague doctor who comes to the house and dares to stand in her way. The plague doctor is the ghost we see most frequently throughout the series, probably because of his first victim status. Dani (Victoria Pedretti) encounters him on her first night in the house, when she goes to the kitchen to make tea. His beak-like nose peeks out from the shadows in the hallway. But we actually see him even before that, when Mrs. Grose (T’Nia Miller), Flora (Amelie Smith), and Miles (Benjamin Evan Ainsworth) first lead Dani on a tour through the house; in broad daylight, we can spot his hat as he stands below the stairs.

Viola also kills a priest and later a young boy, whom she mistakes for her daughter. We see both of these characters quite a bit in the background, too. The boy even becomes something of a friend to young Flora, who gives him a mask to wear. (All of the ghosts in Bly lose their facial features as their memories fade.)

Both the plague doctor and the masked boy even appear in publicity photos for the season.

We see other ghosts who don’t really get an explanation in Viola’s flashback but who we can assume died at some later point on the premises. One in particular looks like a soldier or an officer of some sort.

And then there’s a matter of Peter Quint and Rebecca Jessel. The two dead lovers haunt Bly, but in a different way. Because they still have their memories, they don’t hide out in the background so much. Usually, when we don’t see them directly, we see them in reflections. Jessel, for example, often appears to young Flora in mirrors or windows behind Dani’s shoulder. 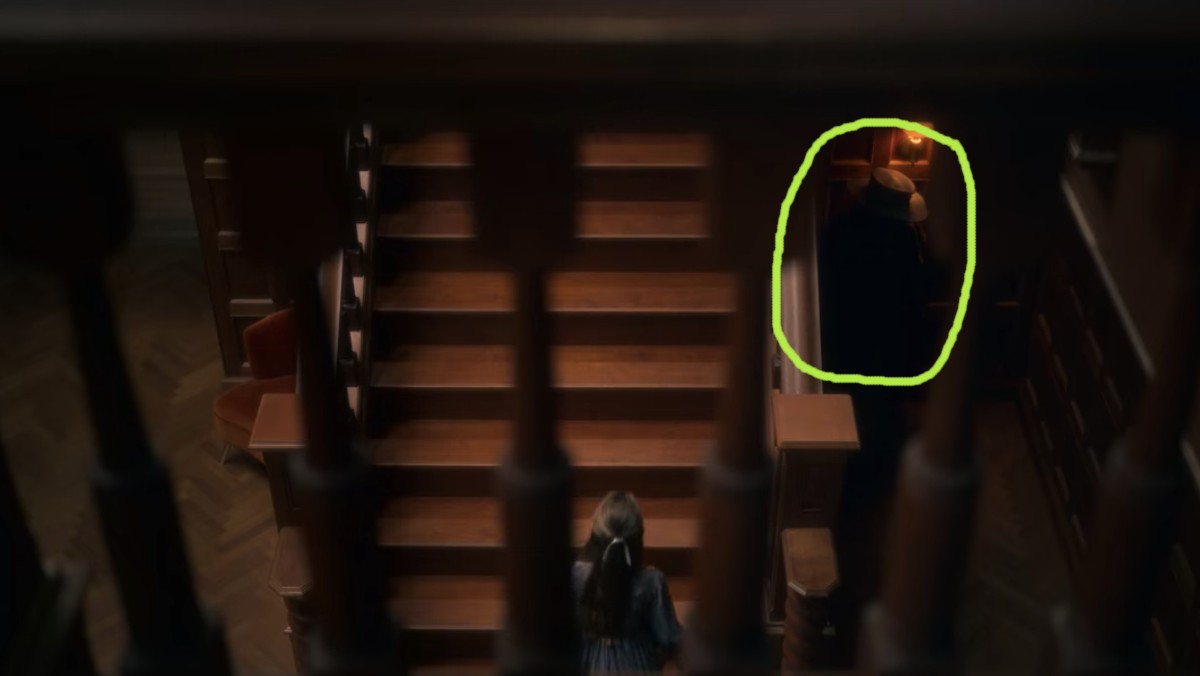 Where can you spot them?

We have Flora to thank for some of the easiest spotting. Her dollhouse is filled with replicas of the ghosts and where they most frequent. When we first peek into the house, for instance, we see that she placed a doll version of the plague doctor in the bathroom between her and Miles’ rooms. Indeed, when we pan over to the bathroom in this scene, we can see the plague doctor standing there.

The ghosts also have some favorite hot spots. The hallway outside the kitchen is one of them. We see the plague doctor here quite a bit, as well as the soldier ghost. They also love the area under the staircase and the ends of hallways. The masked boy is seen in the basement and Perdita’s ghost is always in the attic. We also occasionally see the ghosts on the outside grounds of Bly. 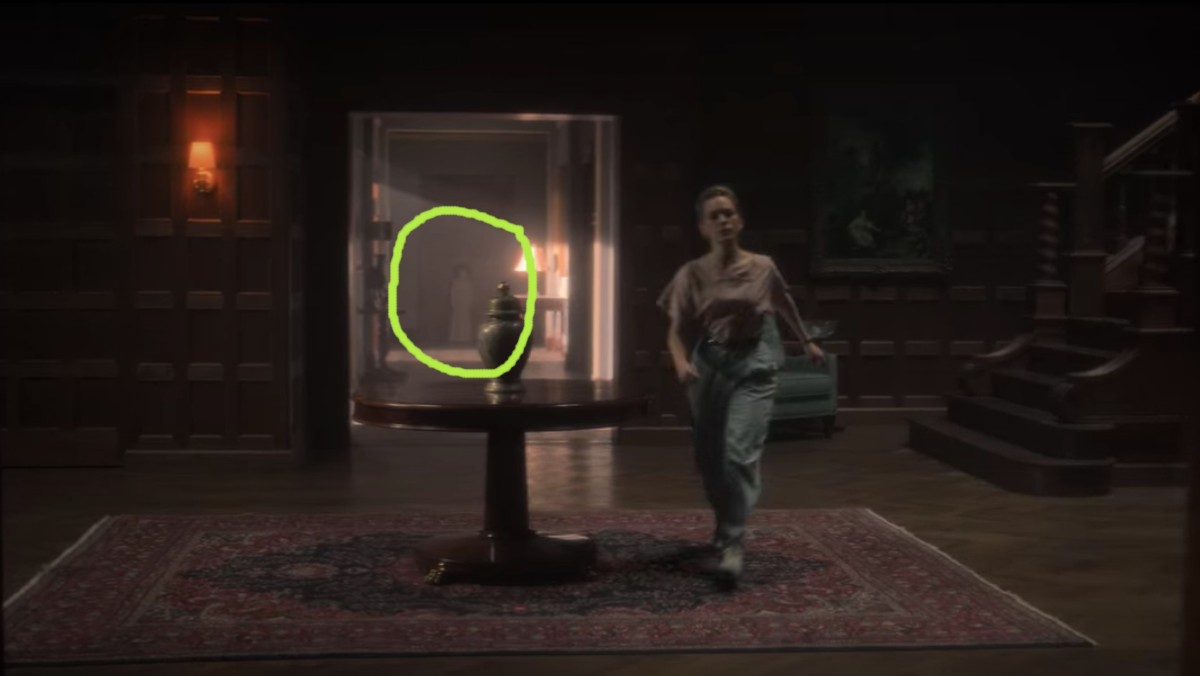 Usually, they’re most easily spotted in static scenes where characters are talking. Look behind their shoulders or to their sides, and there’s often something hiding in the shadows. We spotted the plague doctor over 10 times in the first episode alone!