There are few places we’d rather celebrateÂ the creepiest, most wonderful time of the year than at our favorite school for witches and wizards, and this October we’ll really be able to get into the spooky spirit withÂ  Harry Potter: Hogwarts Mystery. The mobile game will honor our favorite haunted holiday with special content dedicated to the Dark Arts and Halloween.Jam City and Warner Bros. Interactive Entertainmentâ€™s Portkey Games announced players will get to battle the darker side of the magical world as part of a month long celebration. Students will “delve into an unfolding investigation of their brotherâ€™s disappearance, leading them to the mysteries of the Cursed Vaults.” Year Three students will also have to face boggarts, while Year Fours explore the Forbidden Forest, all while “the Dark Arts are present amidst the safety of classes and celebrations at the venerable school.” 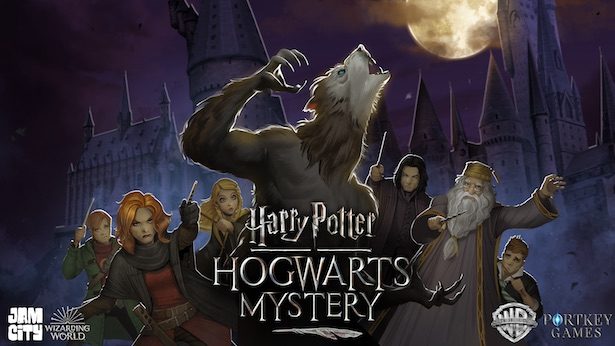 Players will find the Great Hall and school covered with pumpkins and other spooky decorations for the annual Halloweâ€™en feast, which will include the Hogwarts ghosts, Nearly Headless Nick, the Fat Friar, the Bloody Baron, and the Grey Lady. However the party will become a problem when “a shadow falls on the proceedings as a seasonal side quest begins mid-month, introducing a sinister, time sensitive twist to the story.” That will require student to “utilize their full arsenal of defensive spells, from Hex-Deflection to the stunning spell Stupefy, as dark forces arrive on Hogwartsâ€™ grounds upon the full moon.”

With a dark history, this Slytherin ghost lives up to his moniker. Do you know the Bloody Baron’s story? pic.twitter.com/BkLPu9Fddo

These special Dark Arts quests will also include Duelling Club events where players can use the Melofors Jinx, which will “temporarily transform their opponentsâ€™ heads into a pumpkin, bringing autumn flavor to this recurring in-game event.”Now that’s a celebration we can get behind, because really, all we’ve ever wanted to do on Halloween is turn our friends heads into pumpkins.Which of these special Dark Arts mini-games are you most excited to play? Carve up our comments section with your favorite Halloween special sidequest?