Happy 40th to Monty Python and the Holy Grail! - Nerdist

This year marks the 40th anniversary of Monty Python and the Holy Grail, a silly film about a silly group of knights led by their silly king. Whether or not Arthur, Lancelot, Galahad, Robin, Bedevere, and Patsy ever succeeded in their quest for the holy grail, they have certainly cemented their place in our collective hearts. So much so that, on October 14th, a special sing-along version of the film will be re-released in over 500 theaters across the U.K. (there are even rumors that Rainbow Releasing will be airing the film in the U.S. as well, but as of the writing of this article no release date has been set).

Unfortunately, many of us will miss out on what is expected to be a fantastic evening of laughs, adventure, and shrubberies. Well, who needs the movie theater anyway? Instead of going out, why not grab yourself a copy of Monty Python and the Holy Grail and host your own watch party? We’ve even taken the liberty of thinking up a few ideas to get you started: 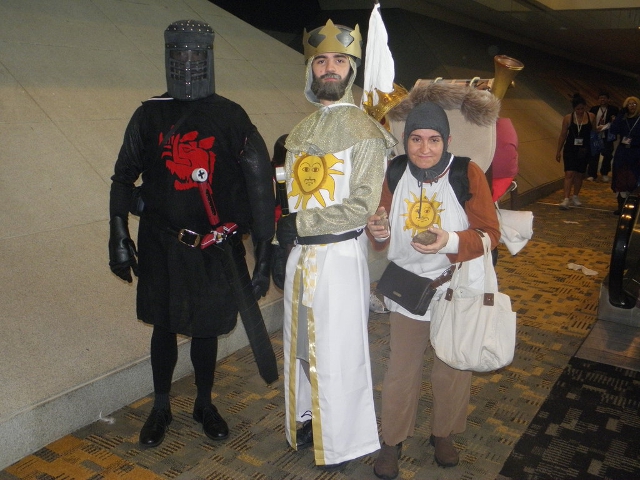 1. Costumes. These are a must for any Python-themed party. Maybe have a contest and award the winner with the Holy Hand Grenade of Antioch as their prize. Just remember to count to five… er, three, before opening it.

2. The Killer Rabbit of Caerbannog. Dub the bathroom the Cave of Caerbannog and mercilessly pelt anyone who dares approach it with stuffed rabbits.

3. A Minstrel. Torment one another by singing songs about any party fouls that happen throughout the night. 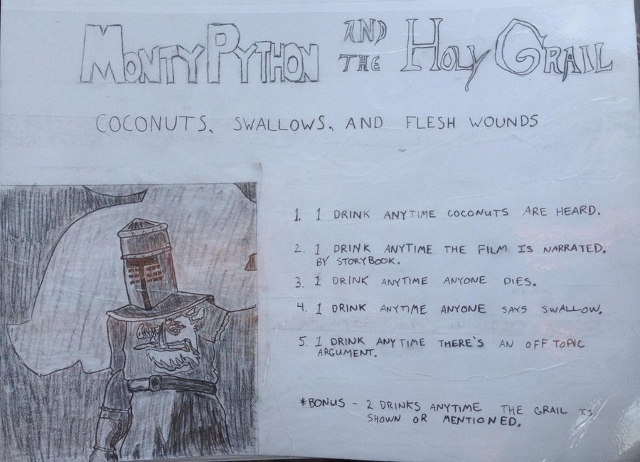 4. The Holy Drinking Game. There are more complex versions out there, but if you’re planning on making it to the end of the film alive this one is pretty good. Looking for some themed drinks to liven the place up? Look no further than…

5. Coconuts. Any noble needs his loyal steed, and these ones just happen to come with their own booze. Anybody whose had two of these should be mandated to “travel on horseback” for the rest of the night.

6. A Shrubbery. If King Arthur’s horse can be a cocktail, it stands to reason that our tribute to the Knights who say Ni! should be as well.

7. The Holy (Gr)Ale. For our final drink selection, let’s make sure that your personal quest for grail glory isn’t in vain. The beer is even tempered over burning withes, so you know it’s authentic! 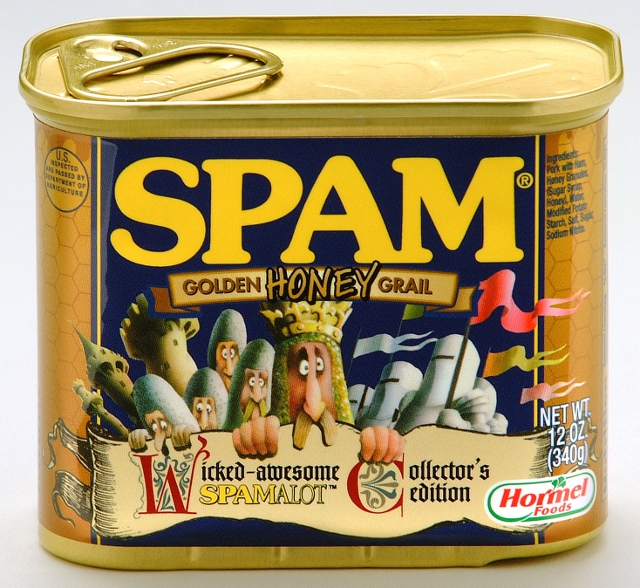 8. Spam. No party is complete without thematically concocted crudités. Bacon-wrapped Spam skewers do double duty here, being both a favorite Python reference as well as a historical wartime version of that U.K. fave “pigs in blankets.”

9. Laden Swallows. If you’re thinking of serving a main course, why not make it a nod to the most vexing question in the entire film? Although, we substituted quail for the actual swallows, so even if you throw your dinner across the room you’ll still never know the proper airspeed.

10. Your father smelt of elderberries. Incidentally, elderberry is quite nice. We have no idea why the french knight hates it so much. We recommend serving it up warm, as dessert.

BONUS: If anyone out there finds or makes a Black Knight piñata, you win all the points!

How will you be celebrating Monty Python and the Holy Grail’s 40th anniversary? Let us know in the comments!