Who lives in a pineapple under the sea and is about to head to the big screen for his third feature film? SpongeBob Squarepants! His next theatrical release will go backwards, to show us how our favorite Krabby Patty line cook met his Bikini Bottom friends as a young sponge. It sounds like it’s going to be absolutely epic, not because it’s going to be an origin story though, and not even because it’s going to be an homage to an iconic Hollywood classic, but because it’s going to be scored by Hans freaking Zimmer.In a story we came across at ScreenCrush, the folks at Cartoon Brew report that at a recent VIEW Conference in Turin, Italy, Paramount’s animation president Mireille Soria announced a 2020 release date for the long rumored third big screen movie for the beloved Nickelodeon cartoon. Titled SpongeBob SquarePants: Itâ€™s A Wonderful Sponge, which will be a tribute to the holiday classic It’s A Wonderful Life. Soria said it will explore “the origin of how little SpongeBob met the rest of the Bikini Bottom gang at summer camp” and “the filmâ€™s opening will take place at Camp Coral when all of our favorite characters meet for the first time.” 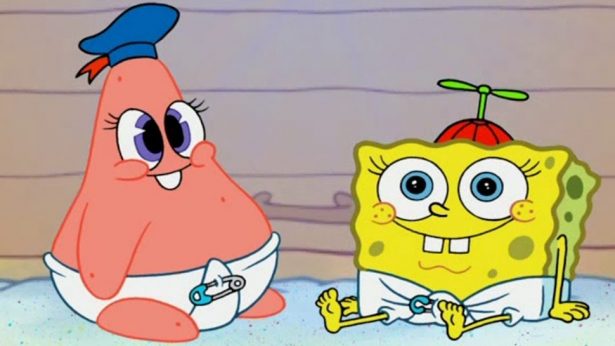 Getting to see adorable little SpongeBob, Patrick, Sandy, and maybe even a younger Squidward would be enough for us, but it will also be the first time both the characters and the settings will be rendered entirely in CG (which has never been done with Bikini Bottom before). Also, just like in The SpongeBob Movie: Sponge Out of Water, some scenes will even include characters who live in the real world.Oh yeah, and Oscar-winning composer (and 11 time nominee) Hans Zimmer will score the movie. He will also lead the film’s musical direction, with contributing “big names” to still be announced.Like we said, this sounds like it’s going to be epic. At the very least it will sound epic.SpongeBob SquarePants: Itâ€™s a Wonderful Sponge will come to theaters on the 21st anniversary of the show’s premiere on Nickelodeon, July 17, 2020.What are you most excited for with this movie? It’s story, how it will look, or it’s score? Tell us in the comments below.