For those queer folks who come out later in life, or well into adulthood, one of the first things we tend to do is to look back at our lives for signs of what we didn’t know we were. It’s tempting to wonder whether we could’ve seen sooner. Maybe if we were in the right environment, or had other queer people around us to model ourselves after. If we could figure out that we didn’t just want to hang out with the boys we thought were cool. We maybe wanted to smooch them too.

Naturally, my target for potential smooching was a sensitive, vest-wearing child soldier who piloted a giant robot. But, you know, you take what you can get. 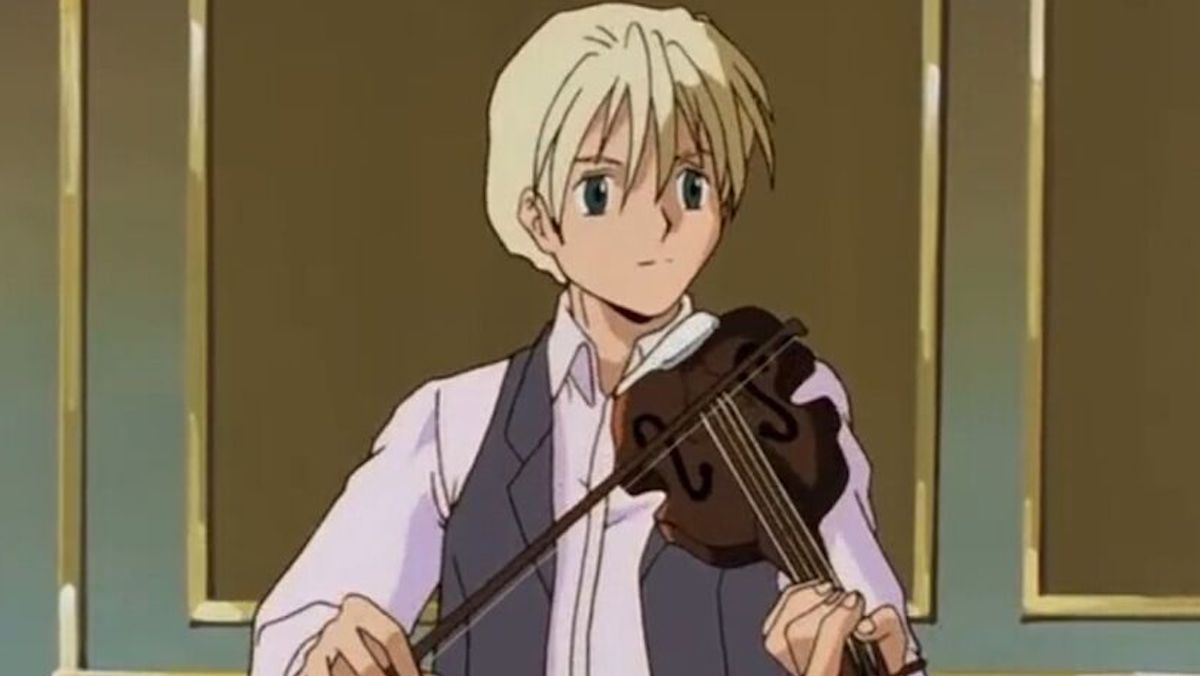 If you’re not, like me, a bisexual “ geriatric millennial” with a penchant for geekery, you might underestimate the impact the early run of Cartoon Network’s Toonami block had on us. Sailor Moon, Dragon Ball Z, Pokémon—these were the shows that mainstreamed anime into American households in the mid-2000s, the gateway to a cultural foothold for Japanese animation in the West.

But the one that resonated most with me was Mobile Suit Gundam Wing, an alternate-universe spinoff of the popular, long-running mecha anime series Mobile Suit Gundam. It’s a bit of an anomaly compared to the other anime imported to America at the time. It was intensely political, morally murky, and—fitting to this story—very queer.

Across its 49 episodes, Gundam Wing tells an operatic tale of class revolution, in which Earth’s colonies rebel against their oppressive home planet by sending five young soldiers—each with their own custom big robot—to the planet to complete their mission. The kicker, though, is that Gundam Wing designed its heroes with a heaping helping of bishōnen attributes in mind. They’re intensely, almost tragically cute. Imagine if Pacific Rim starred BTS, and you’re close to the boy-band-meets-mecha appeal of the show. 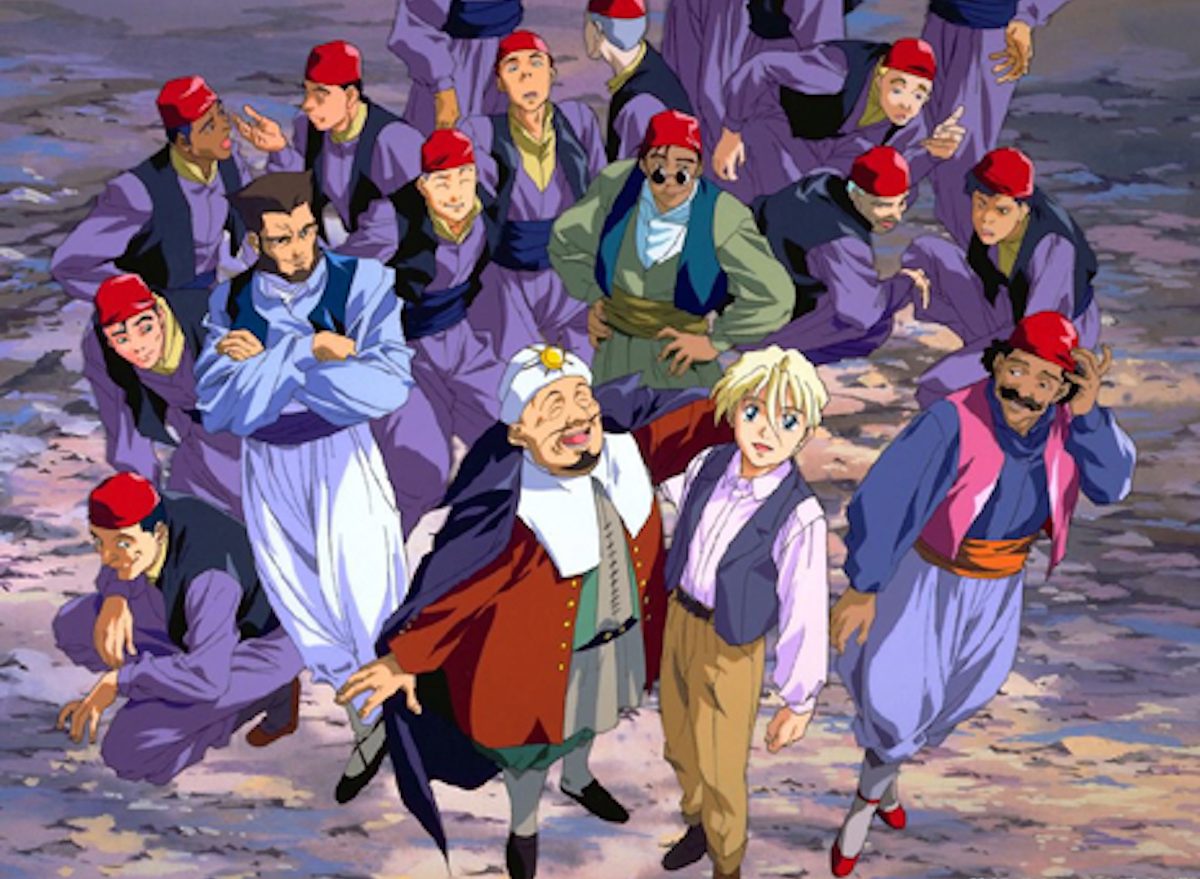 And then there was Quatre Raberba Winner, the heart of the team. He was kind, soulful, and sensitive, the most reluctant of the soldiers. Quatre was the first to back down from a fight, to show empathy and support to his more hardened comrades. What’s more, he did it all while wearing a pink shirt, loose-fitting slacks, and a perpetually open purple vest. (He was so femme, he was voiced by a female voice actor in the original Japanese version.)

I didn’t know it at the time, but I was in love. 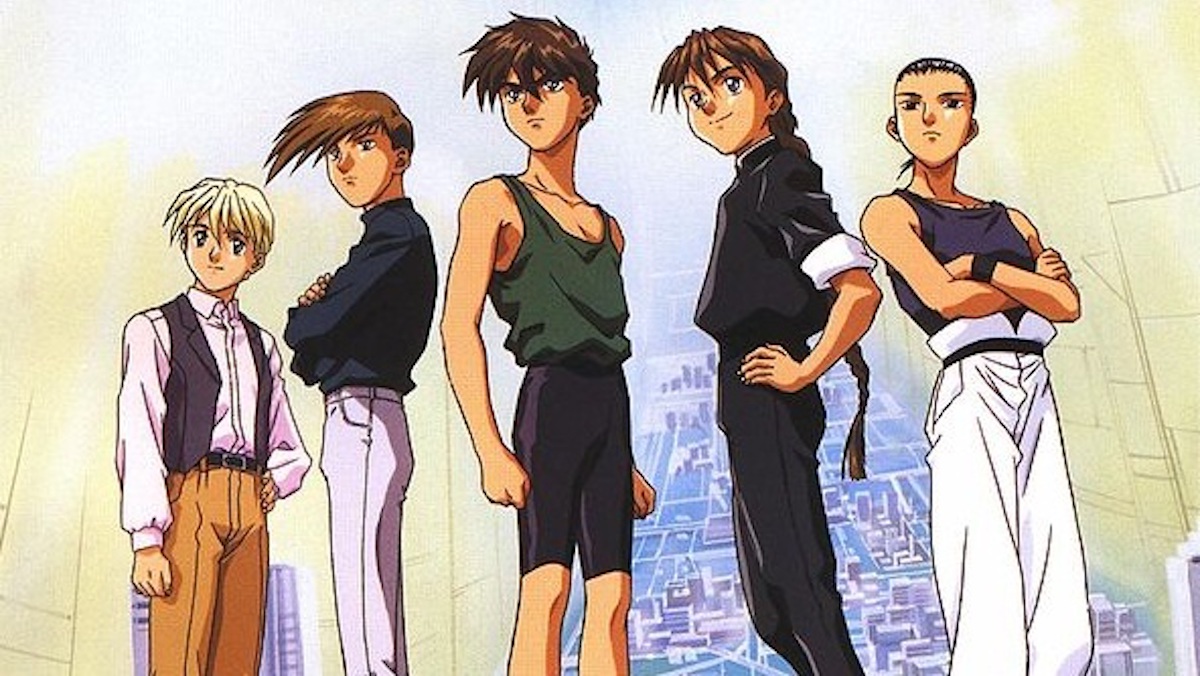 I gravitated toward him with such intensity, it took a whole lot of heteronormative denial to ignore the fact that it was a full-blown crush. Plus, the fact that it was all couched in a show about blowing shit up and waging war against other folks in giant robots (many of whom also happened to be hot—hello, Zechs Merquise) gave me plausible deniability.

When I’d talk with my friends at school about what happened on the show that week, they’d talk about the fights or the side characters. Or the fact that Heero would just not stop stalking his ostensible love interest, Relena Peacecraft. Me? I was subconsciously scanning scenes between Quatre and fellow Gundam pilot Trowa for signs that their close friendship was something more.

(And come on, look at this early meeting between them and try not to pick up on the vibes. I’m sorry, platonic friendships between men just don’t start with yearning violin/flute duets.)

I hadn’t seen an action hero quite like Quatre before: sweet and sensitive, but held his own as an equal part of the team alongside his quote-unquote “tougher” counterparts. His empathy and vulnerability made me care about him more than the roster of interchangeable brunette loners that surrounded him.

Like many closeted queers of the early Internet age, I processed my feelings in that most healthy of ways: writing Gundam Wing fanfiction. The show came about right as yaoi really hit the American fandom in the early 2000s, which mean places like Fanfiction.net and various Yahoo! Groups (remember those?) were rife with fans penning their own stories about the Gundam Wing boys getting into their own adventures—some of them romantic, most of the time with each other.

Of course, I’d never say that I participated in such chicanery (cough cough). But as a young man figuring out his own feelings, and who felt lonely in a place that had so few people like me—even if I didn’t know what shape that outsiderdom took)—those spaces were some of my first tastes of community. 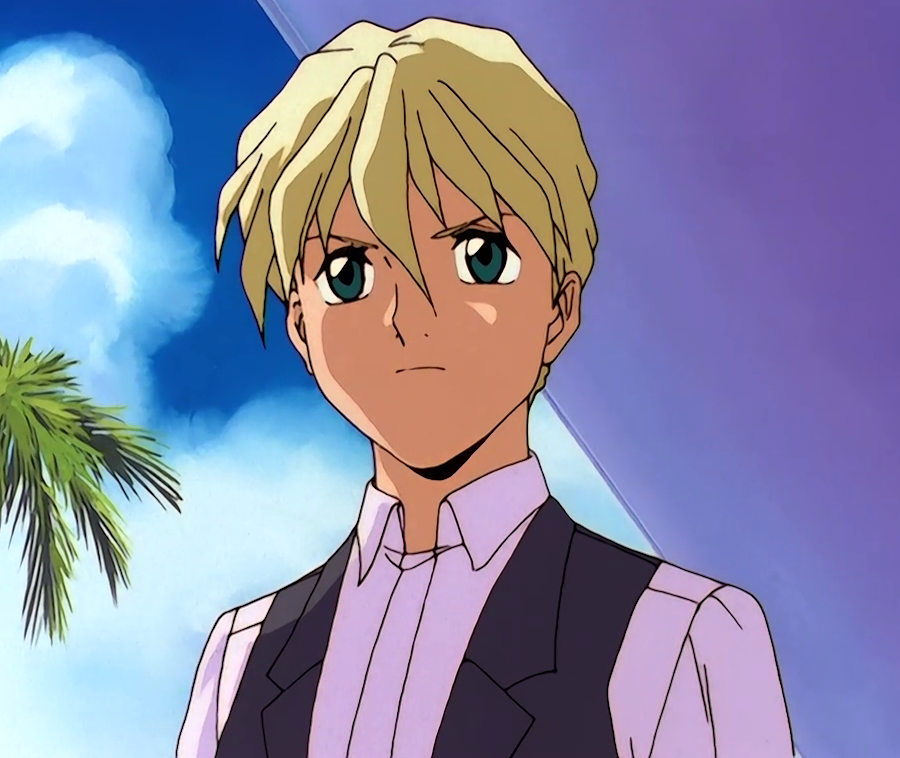 Gundam Wing managed a delicate tightrope. It was mature enough for teen viewers to feel smart watching_it was practically The West Wing for millennial weebs—and had enough explosions to feel macho. But it also dangled enough beautifully-coiffed heartthrob leads to awaken feelings in kids who might not have otherwise sought out more explicitly queer media (or didn’t feel safe to).

That was me, and a lot of other kids of a certain generation who grew up in the 2000s. Gundam Wing wasn’t just one of our major introductions to anime; it was one of the first shows of our age to have such explicit queer coding nestled tightly in the auspices of the otherwise-macho big robot genres. My journey to accepting myself will always have a strange connection to that series—a show about pretty boys that also blew up enough shit that I could talk about it with my straight friends.

It was hardly a perfect show, but it gave me my first real onscreen crush, a love of morally complex sci-fi storytelling, and a better understanding (eventually) of my identity. And for that, I’ll be forever grateful.