SCARY STORIES TO TELL IN THE DARK'S Guillermo Del Toro on the Tale Which Scares Him Most - Nerdist
We’ve updated our Privacy Policy. Click here to view.

Alvin Schwartz and Stephen Gammell’s Scary Stories to Tell in the Dark has scared children and adults alike for almost 40 years. The upcoming film produced by Guillermo Del Toro from Trollhunter director André Øvredal is about to introduce the stories to a whole new generation.

At a special preview event, the question was raised to the Oscar-winning auteur which of the notoriously terrifying tales scared him the most. Without any hesitation, del Toro assuredly answered “the pale woman.” Fans of the books will know the horrifying figure as the ghastly black haired, white skinned ghoul who haunts the dreams and homes of unsuspecting victims. She’s in the newest trailer, and her visage is startling. 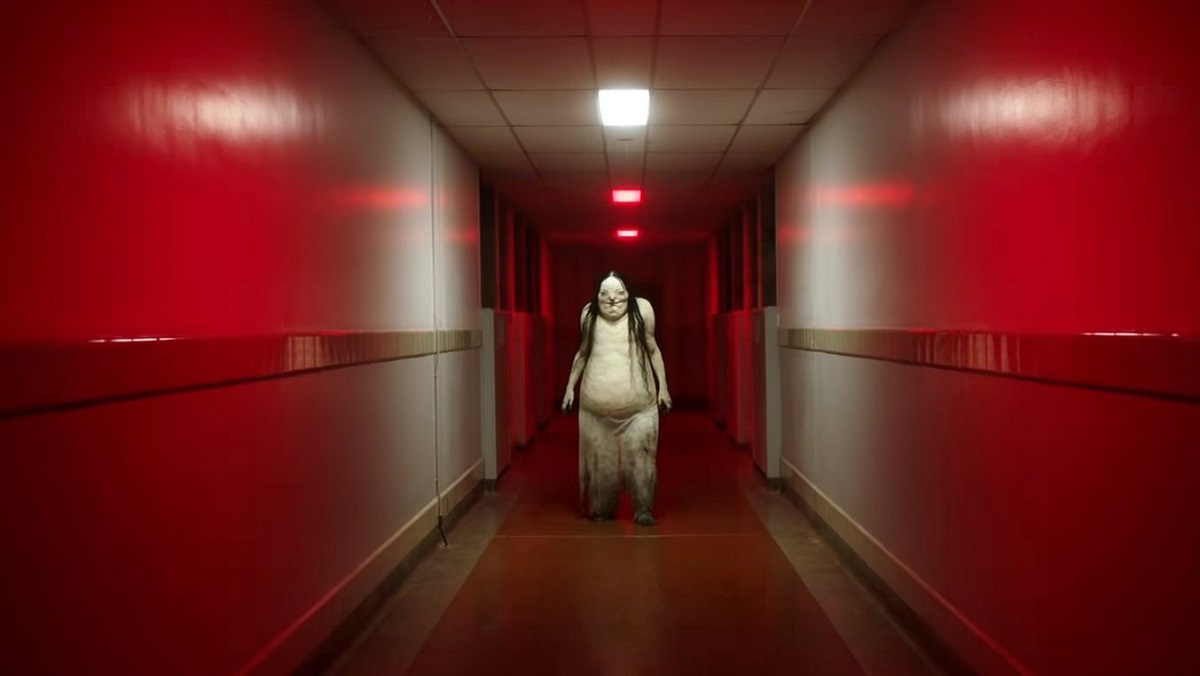 The film ties together several of the retold folktales into one coherent narrative focusing on a group of teens who find a mysterious and dangerous magic book. Del Toro’s fear of the pale woman was part of what led to him to include her story in the film. His love for the art, and respect for just how scary it is, also drove his dedication to properly adapting the illustrations. They’ve scared countless children, after all. “The reason why we wanted to render Stephen Gammell’s drawings properly is that what he does is so difficult to sculpt. Because you risk missing a little bit of the benign because what is really scary is how peaceful that character looks; how happy but at the same time there’s something empty in the eyes.”

It wasn’t an easy task. Del Toro shared that each monster was crafted by a different special effects artist, and the pale lady proved particularly difficult to bring to life. “When you go to that level,” he said, “you’re sculpting character. It’s not a creature that has wings and teeth, it’s personality. So that was extremely difficult to sculpt.”

Whether you agree with Del Toro or have another story which scares you, even more, you’ll be able to see your favorite story brought to life when the film hits screens on August 9th 2019.