“I hereby present by book of traps. Enjoy it or die, mortal.” 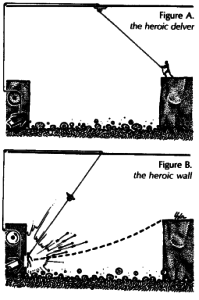 Turns out, if you want to inject a bit of Dark Souls or Saw into your RPG, you have to look into the past. Grimtooth’s Traps was a book of the most devious, murderous, and slap-your-forehead-crazy traps ever published by the evil son of a troll and a chaos goddess. The original Grimtooth’s Traps spawned a host of sequels, just like a troll’s severed limbs reform into new, combat-ready trolls. All of these paperbacks are floating around eBay and Amazon somewhere, but they’re growing increasingly rare and hard-to-find. The best place to find Grimtooth material now is through Goodman Games, who last year kickstarted a 400+ page compilation of all the Grimtooth traps ever made and then some.

Beware. Sadistic GMing should only follow a consensual agreement between players and the GM.

“Besides, if you don’t like my book, I’ll rip your lungs out.”

Let’s talk about why Grimtooth’s traps are so blood-boilingly evil. Here’s a picture: 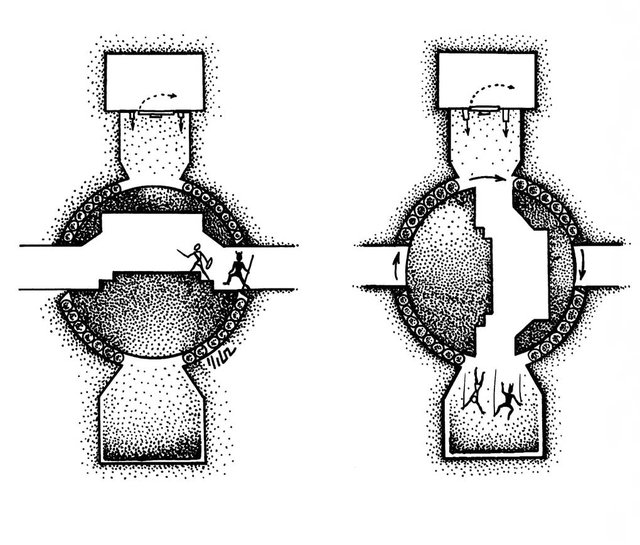 This ain’t your run-of-the-mill pit trap. I mean, the effect’s the same—a player doesn’t check the hallway carefully enough and they fall into a big hole, take some damage, and have to figure a way out. It’s the style with which the evil is done that sets it apart from the pack. It’s the difference between Hannibal Lecter and any goon with a gun. Make a Tucker’s Kobolds-style dungeon with inventive traps like these and you’ll sock your overconfident players right in the gob. 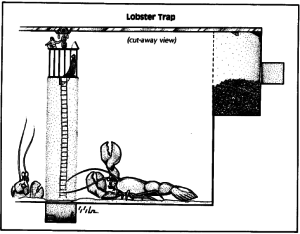 One love-it-or-hate-it thing about the Grimtooth books is that they have no game mechanics tied to them; they’re entirely system-neutral. This is a double-edged sword; on one hand, it’s why they’ve survived since the 1980s. They can be used in AD&D, Pathfinder, Dungeon Crawl Classics, Swords and Wizardry, D&D 5e, Fantasy AGE… you get the idea. On the other hand, it means you have to come up with all the mechanics for them yourself, which requires a fairly decent understanding of the rules in order to make these traps fair.

But these traps were never meant to be fair, so what does that matter? Frankly, most of these traps can be summarized as “make a saving throw against an arbitrary number or ya dead, bucko.” Then again, the non-instadeath ones (like the rotating room from earlier) are even more exciting in play than the ones that just kill you outright.

Or Just for Laughs

This book is a fun one to just have as a geeky coffee table book, too. How many ways can you watch poor, unsuspecting PCs fall to their deaths? Consider getting your gaming group together for a one-shot, Monty-Python-meets-Super-Meat-Boy game of infinite 1st level characters trying to make their way through Grimtooth’s Unbelievably Mean Dungeon™. If you’re of age, maybe make a drinking game out of it by taking a shot every time you respawn.

Before you go, we leave you with the most ruthless (and, honestly, the silliest) trap we’ve ever seen, the Delvermatic Dicer and Malingerer Trap. 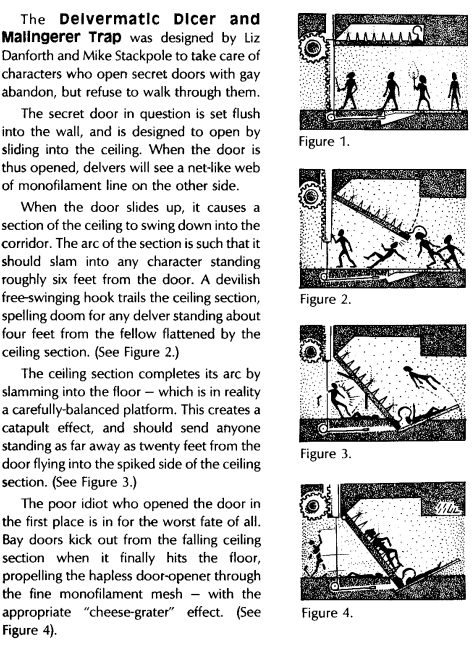 Are you interested in becoming a disciple of Grimtooth? What horrible traps have you concocted to annihilate your players’ characters? Let us know in the comments or tweet at us at @GeekandSundry!