Every Gremlins fan knows the three rules of owning a Mogwai:

1. They hate bright lights, especially sunlight, because it can kill them.
2. Keep yours away from water. Don’t give it any to drink, and don’t give it a bath.
3. Don’t ever feed it after midnight.

If anyone should understand the importance of those edicts it’s Billy Peltzer. He first received Gizmo as a Christmas gift in 1984. You’d think he’d have his act together after more than 36 years. But a new commercial shows he’s just as careless with his adorable little pet as ever. Because it turns out there’s a fourth rule to owning a Mogwai: don’t give it a large bottle of soda either.

Mountain Dew reunited Gremlins star Zach Galligan with his best Mogwai buddy in a new ad for the company’s zero sugar drink. It features Billy foolishly trusting Gizmo to be careful with a bottle of the green stuff. It’s too much liquid for the furry little guy to handle though, as Gizmo accidentally spills some on himself. What follows is the same thing that happens every time a Mogwai gets wet. Gizmo starts spawning offspring, in an ad that reminds us how angry we are we never got a Gremlins 3.

But this commercial does serve as an update for what happened to Galligan’s Billy and Phoebe Cates’ Kate Beringer. They were engaged in 1990’s Gremlins 2. Now we know (assuming this is canon, which is what we will assume, please and thank you) they are still married with at least one teenage daughter. And she has her very own cuddly Mogwai of her own. Aww. Look at these two. Don’t they look like they should be major stars in the franchise’s next film? 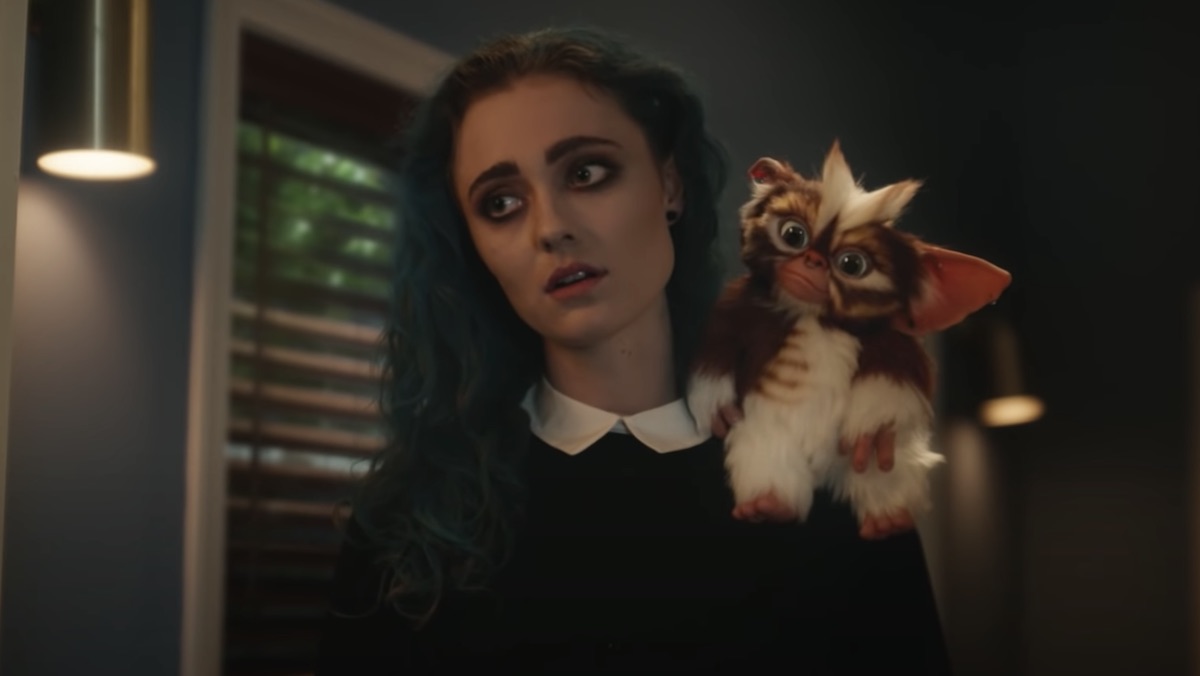 Which brings us to rule five of owning a Mogwai: You can’t make us wait three decades for another sequel and then only give us a 30-second commercial. But we promise, if this ad leads to Gremlins 3 we’ll watch it with a Mountain Dew.