The 11-year-old Antichrist, the Four Horsemen of the Apocalypse, and the war to end everything. Welcome to the end times, and the official trailer for Good Omens.

People are always excited to see their favorite novels adapted for the screen, but they so often don’t live up to impossible expectations. There are “too many changes,” or characters don’t “look right,” or an adaptation will miss the tone of its book. But praise the heavens, we have complete faith that Amazon’s adaptation of Terry Pratchett and Neil Gaiman’s book Good Omens will be everything we have ever wanted from Armageddon—the newest trailer is everything we prayed it would be.

For you unfortunate non-book readers, we’ll start with the non-spoilery stuff. Perfectly set to Queen and David Bowie’s “Under Pressure” (for reasons you will soon understand), this trailer offers our first real footage of major characters beyond Michael Sheen’s angel Aziraphale and David Tennent’s demon Crowley. One of the highlights is seeing the Four Horseman of the Apocalypse—War, Famine, Pollution, and Death—gathering on their steel horses to start a war even Heaven wants (as explained by Jon Hamm’s smug archangel Gabriel).

However, it will be Adam Young, the 11-year-old Antichrist whom Crowley and Aziraphale are desperately trying to find, who will bring upon the Apocalypse. He’s not alone, though, as we briefly get to see his three closest friends, a group who along with Adam are known as “The Them.” 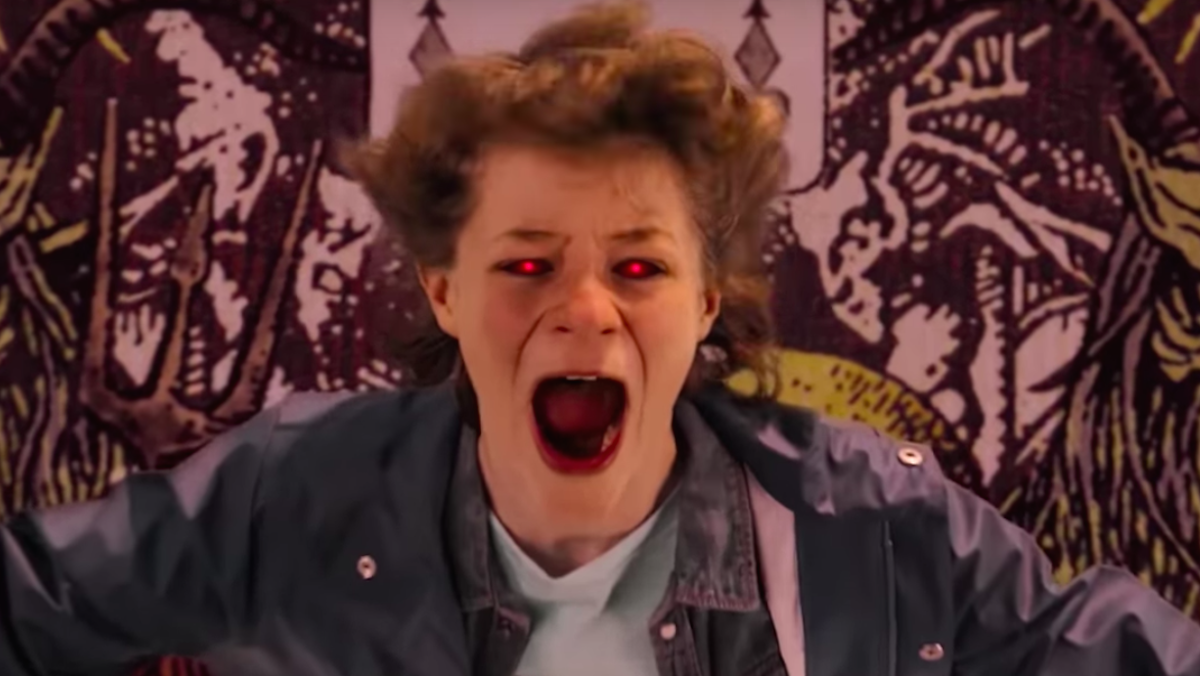 This trailer also introduces some other major characters. There’s Anathema, the last descendant of the witch Agnes Nutter (not seen), who wrote the only accurate book of prophesies ever (which, among other things, foretold the end of the world). She’s with Newt Pulsifer, who looks perfectly dorky as they deal with the ever-growing madness of the start of Armageddon.

We also get a quick shot of Nick Offerman as an American ambassador, along with glimpses of Michael McKean’s witchfinder sergeant Shadwell and Miranda Richardson’s Madame Tracey. They’re all dealing with more and more chaos arising from the coming of the Apocalypse, which includes roads with walls of flames, giant sea monsters, and alien spaceships.

Okay, now for our fellow book readers, let’s geek out together below. 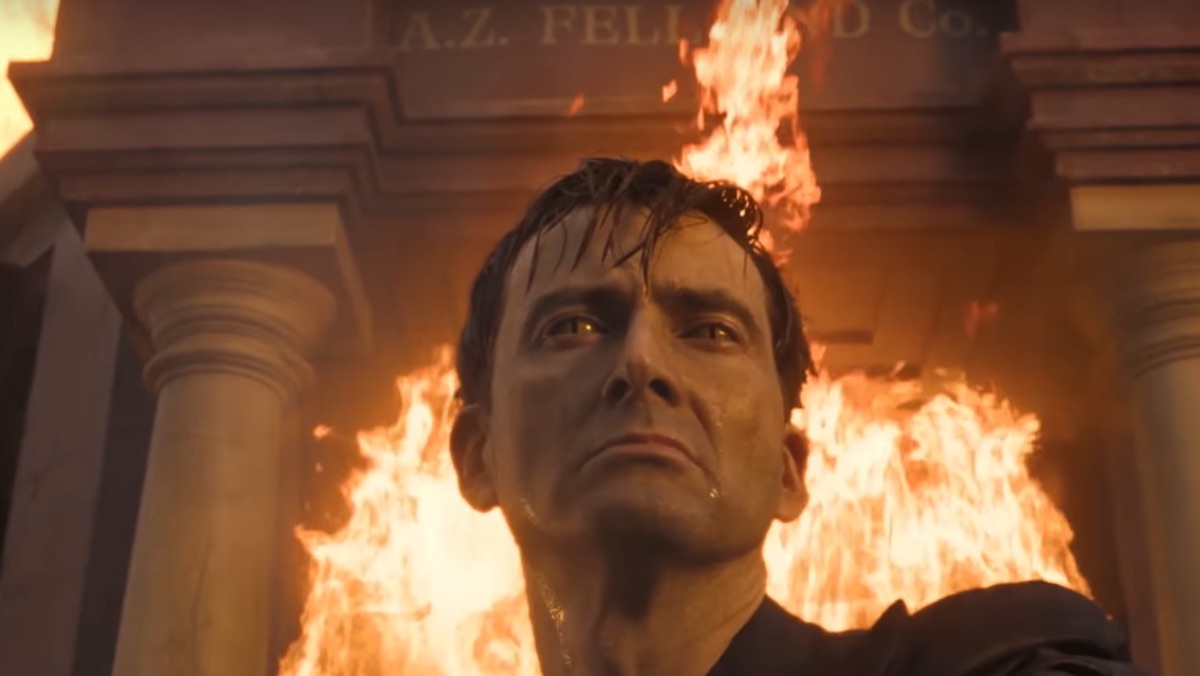 I’m not really someone to audibly react to a trailer, but I yelled, “Yes!” at that shot of The Them. Adam Young looks absolutely perfect. Also, if Armageddon ever does happen, I hope I’m even one tenth as excited to see the Four Horseman of the Apocalypse as I am here.

Not only does this trailer look amazing, it appears this will generally be a faithful adaptation, with so many beloved, characters, scenes, and moments included (the M25 burning looks better than I imagined it). Even the addition of Gabriel into the story (he’s briefly mentioned once in the book) doesn’t feel like a major change. It looks like it’s a perfect, natural way to represent Heaven’s equal blame for this coming war without slowing the story down.

If the six-episode limited run series, which premieres on May 31, lives up to this trailer, our adaptation prayers will have been answered.