Does the New GODZILLA Include a Classic Deep Cut Character? - Nerdist

Does the New GODZILLA Include a Classic Deep Cut Character?

Warning: Spoilers for  Godzilla: King of the Monsters follow!

The newest official entry to the world of Godzilla comes from the U.S. and takes on some of the 65-year-old series’ most iconic monsters, including the titular reptile and his famed fellow kaiju King Ghidorah and Mothra. But after watching the wicked monster-mash that is Godzilla: King of the Monsters, we think there might have been a hidden-in-plain-sight deep cut character from the fan fave franchise.

The roster of human characters in Godzilla: King of the Monsters include many a famous face, but it’s Ziyi Zhang’s Ilene Chen who got our theory brain whirring. The searingly intelligent scientist is a third generation member of the monster fighting organization Monarch and a key part of the team that has to deal with the massive outbreak of deadly creatures that fill King of the Monsters. But she also appears to be a key part of Godzilla lore. To truly understand who she is, we have to look back at the history of Mothra, the Queen of Monsters and bringer of peace.

Mothra was first introduced in Toho’s 1961 movie of the same name and initially seemed to be a vengeful monster focused only on the destruction of the people who kidnapped the two priestesses who protect her and herald her arrival (we’ll get back to them, they’re important). Over the years, she’s become better known as a peaceful heroine who often saves the day. One of the key parts of Mothra’s lore is that in many of her appearances she’s accompanied by a pair of twins who are known as fairies, priestesses, and The Mothra Twins. At first glance, they don’t appear in Godzilla: King of the Monsters… at least not both of them.

During the newest entry to the Western Godzilla canon, Mothra takes up residence in a waterfall in her cocoon form. Just as the humans and Godzilla need her the most, she appears in her glorious fully grown form. But if we take a closer look at that sequence, there’s a tease that Zhang’s Dr. Chen may well be this world’s vision of the heralds of Mothra. Whilst the rest of the team sits inside the Monarch outpost, Chen is outside when a familiar song begins to echo—it’s the tune that usually heralds the arrival of Mothra. As Ilene stares up at the huge titan, the stars begin to come down from the sky and seem to power up the massive moth-like hero. 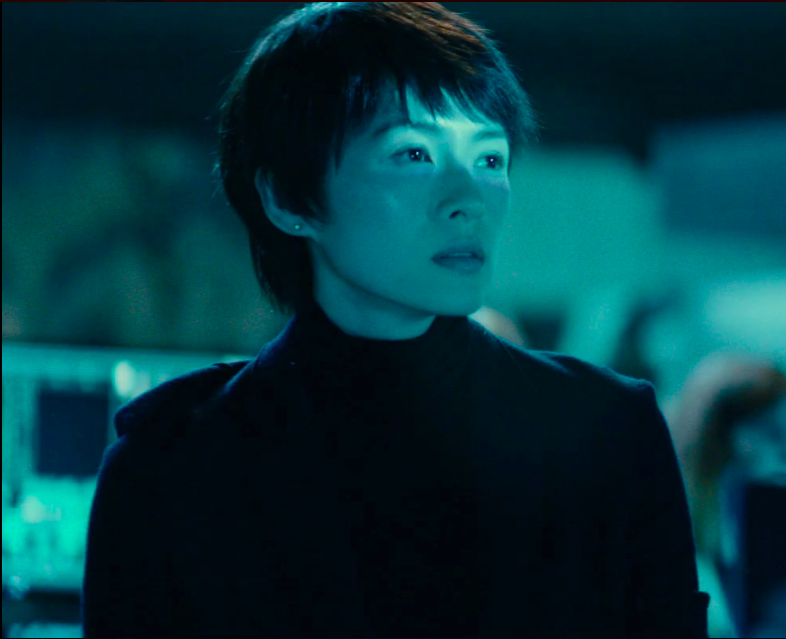 It could have just been a nice nod to the more esoteric part of Mothra’s lore, but when Ilene shows her family album and explains that she is a third generation Monarch operative, the other two generations of women in her family were both pairs of female twins. There’s even a photograph that looks like it depicts Ilene and her own twin sister, though where the sister is now we don’t know. But according to the Monsterverse canon, Chen and her sister were the ones to discover Mothra in 2009, which again hints at a deeper connection with the creature.

It’s a brilliant twist on the more supernatural aspect of the original films, as here we see the role of the Mothra twins as one transposed to the world of science. Still, a deep understanding of the lore and world of the monsters are leveraged to help humanity when needed. Something that adds to this theory is Ilene sharing her grandmother’s motto, “Myth is our compass.” Throughout the history of Godzilla, the group of women who help Mothra has shifted and changed, and it’s pretty likely that Ilene Chen and her sister are just the latest iteration of the heroic heralds.