The New GODZILLA Has a Monstrous Triple Vinyl Soundtrack

The age of the Titans is upon us. With the release of Godzilla: King of the Monsters, Hollywood has finally introduced some of the most iconic creature creations in cinematic history. Of course, like any epic monster movie Godzilla: KOTM has a killer soundtrack and we’re happy to exclusively reveal that Waxwork Records has two awesome vinyl versions of the OST coming out in conjunction with the movie. 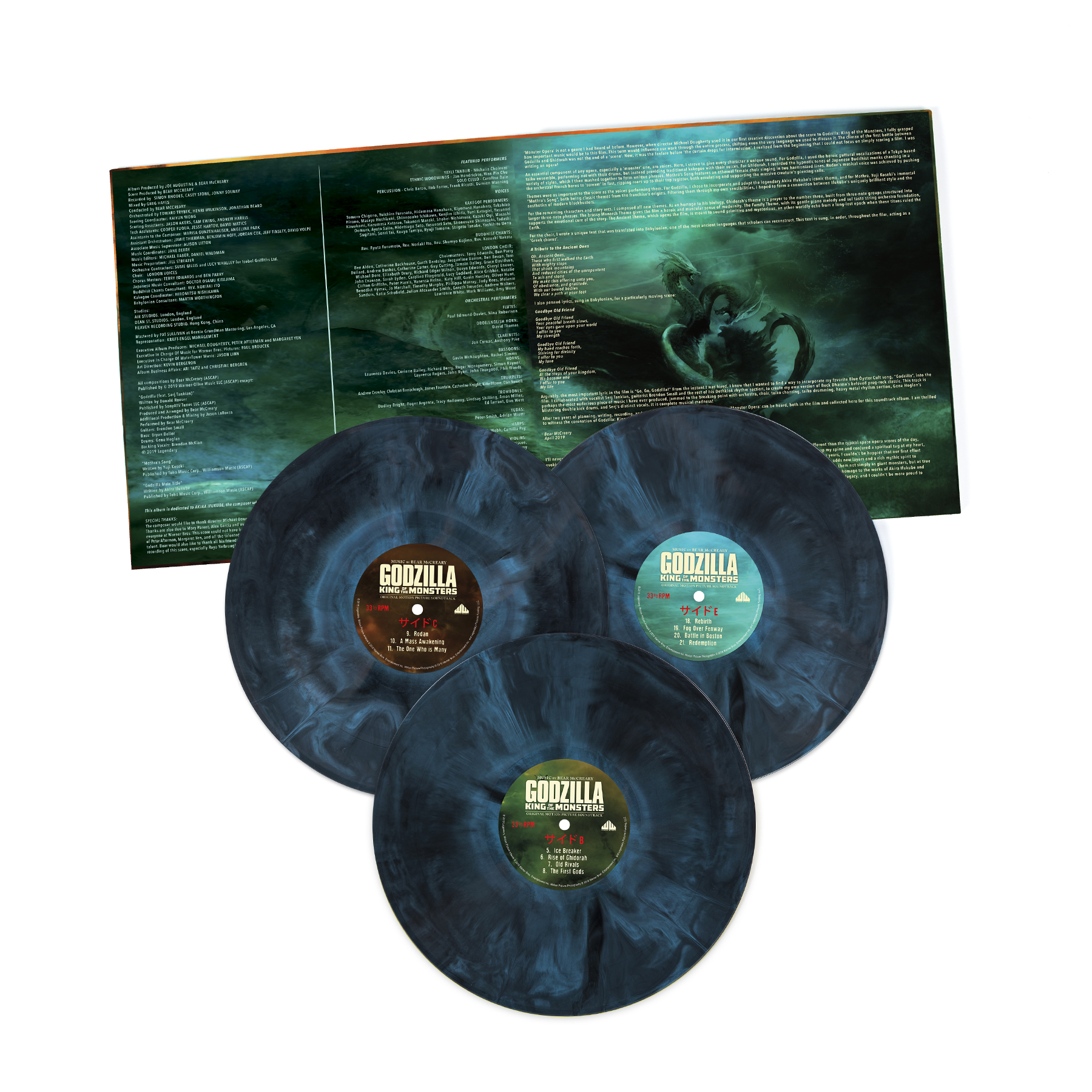 According to Waxwork’s official press release, the soundtrack focuses on each of the four core Kaiju and their voices as well as reinterpreting some of their original iconic themes. “The immense film music by composer Bear McCreary (The Walking Dead) features a two year long labor of love dubbed a “Monster Opera” by director Michael Dougherty. The music of GODZILLA: KING OF THE MONSTERS is a crucial element to the film. Each “kaiju” is given a voice in this epic opera – Godzilla is presented with heroic, guttural vocalizations. King Ghidorah presented with dark, hypnotic chanting. Mothra by way of an ethereal female choir. Rodan’s voice achieved by orchestral French horns pushed to their very limit to “scream” ripping roars. Incorporated and adapted is the legendary Godzilla theme by Akira Ifukube and the immortal “Mothra’s Song” by Yuji Koseki.” 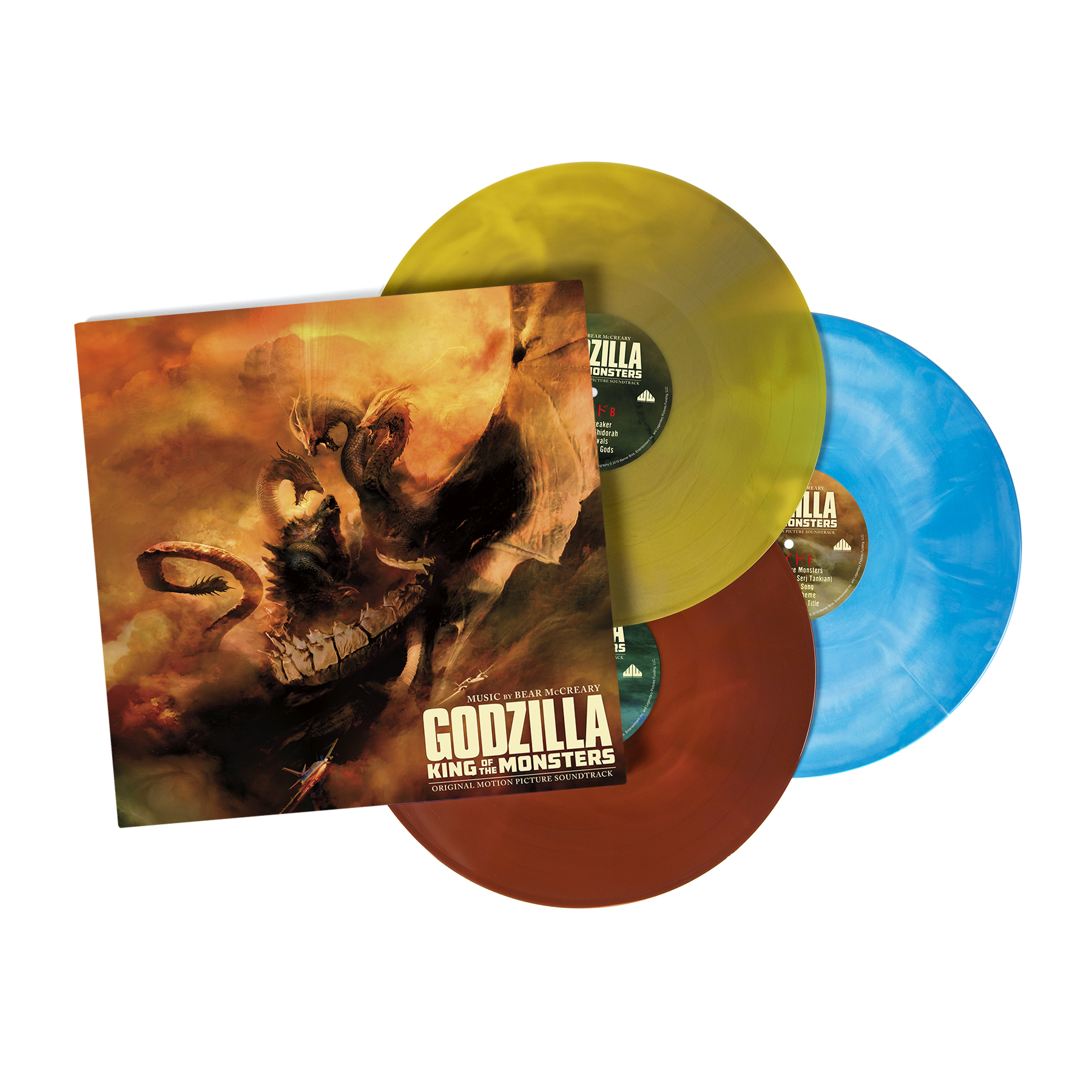 As you can see from the rad images, there are two versions of the vinyl release, one inspired by the three monsters at the center of the film: Rodan, Mothra, and King Ghidorah, and one that is an homage to the titular reptile. Both are totally gorgeous  and available via Waxwork for preorder on Friday 31st, with an expected shipping date of July 2019. 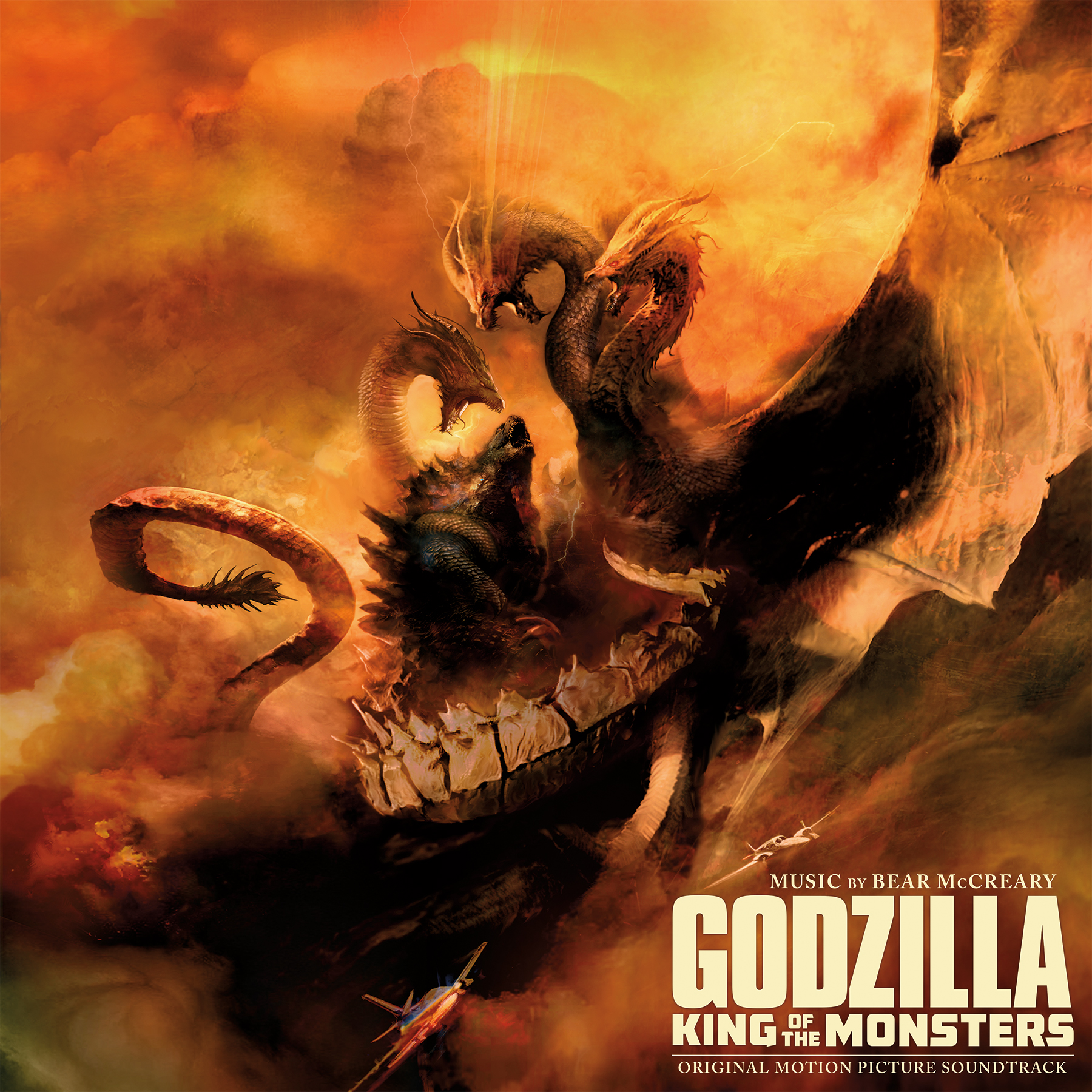 This is the perfect way to fully immerse yourself in the world of Godzilla: King of the Monsters after you inevitably fall in love with the visually wild monster mash once it hits screens.