GM Tips is our series to help Storytellers and Game Masters improve their craft and create memorable roleplaying experiences. Last week, we touched base on captivating player interest, and this week let’s set some shiny objects in front of them.

We’ve covered a variety of topics with the GM Tips series and almost all of them revolve around crafting stories or tricky player advice, but sometimes we just need to roll some dice. As a follow-up to player interest from last week, I left off a vital tool to help captivate player interest: your physical setting. Creating an immersive gaming lair has been covered before and if you can dedicate the space to such decorations have at it! The sights and smells your players’ experience when sitting down at your table go a long way to creating an immersive gaming experience.

For GM’s that are storytelling in crowded local game stores, this problem is tenfold. People always interrupt your session and you’ve got the chatter of patrons in the background which always breaks the mood. Custom lighting isn’t usually an option in public places nor will you find a great chance for music or other sound effects.

I’ve been storytelling for kids in a crowded store every Thursday for some time now and faced with these exact problems I’ve pulled in some extra support and given it a test. Here are some extra GM Tips that also work as great gifts and help create immersion at the table. 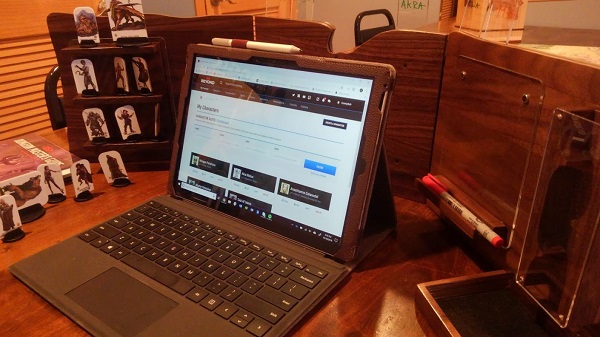 For decades, storytellers have been hiding their dice rolls behind the infamous GM Screens. How else are we going to fudge our rolls and let the characters live? Typically we grab the screen from the box of the starter adventure and look no further than that. The artwork fits the game in question, and there are handy rules on the back. If you’ve looked inside a convention like Gen Con and seen the scores of 5E adventure screens, however, the mystique gets sucked right out. Sitting down at a session there, I know I’m in for another pre-canned module like every other table that has the same screen. 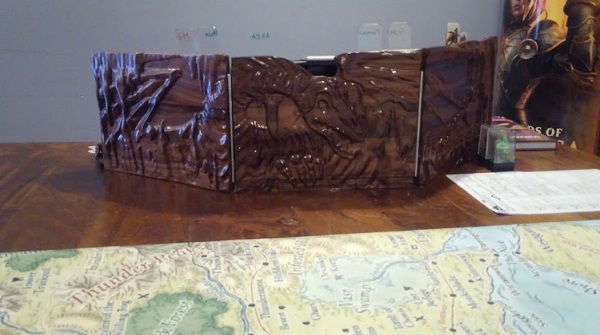 I lucked out with Dogmight Games. Awesome GM Screens that are built with magnets, wood, and the blood of dragons (we think). The second I set this screen up at my game store the kids were hooked. I had ran roughly eight sessions prior without a screen of any kind, but the immersion level was night-and-day. You’ve probably seen their screens on our RPG shows like  L.A. By Night, and We’re Alive: Frontier and I get why they are used—the small details really do matter. 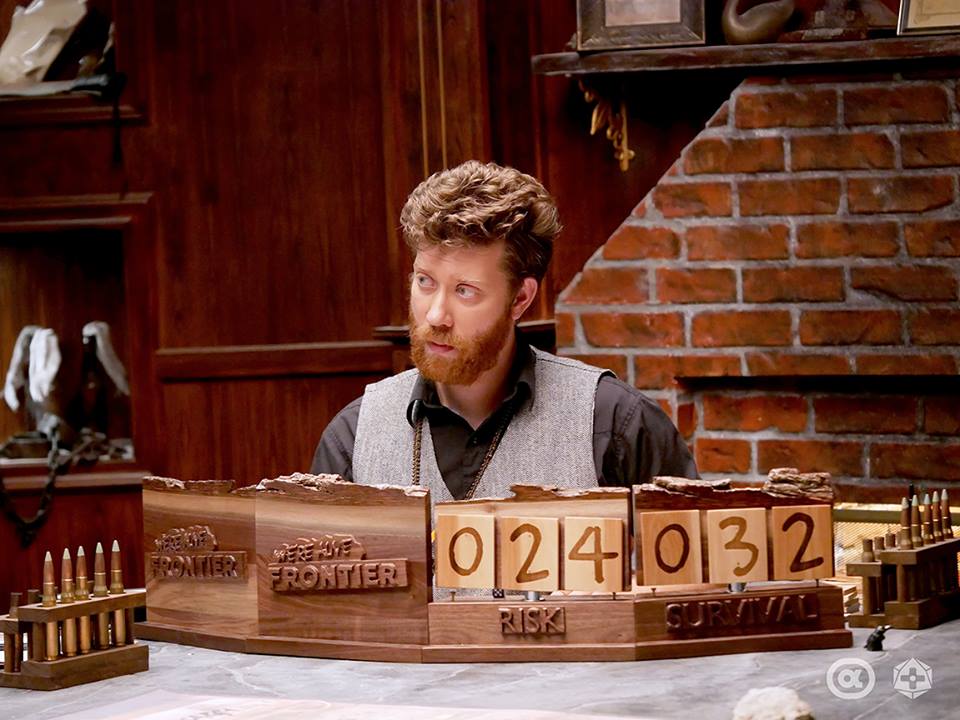 Locked in a spot where my voice and story alone isn’t enough and I can’t set the mood in other ways, this screen does everything from initiative tracking to post-it note holding…and you can win one right now.

Slam a massive hammer down into the middle of the table before the quest into the dwarven forge and give a roar (okay, move all the drinks first, then gently place it down). Physical props evoke emotion in everyone and it can be exciting to watch your favorite objects become a part of the story. When it comes to roleplaying games, fantasy games in particular, you can never go wrong with weapons. Find some awesome hand-crafted wooden gear (Dogmight also makes these awesome props), or hit your local Renaissance Faire. 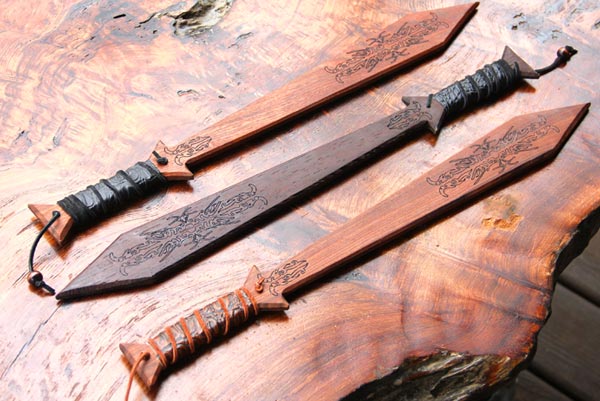 If you are into streaming your game session, visual and audio mediums are your only cues to work with so you’ll need to decorate up the room. Taking your maps, dipping them in tea, and then baking them for a few minutes makes them look authentic. If you’ve got a keen eye, you can find hand-drawn maps of fantasy kingdoms in various bins AT your local medieval festivals and craft fairs. 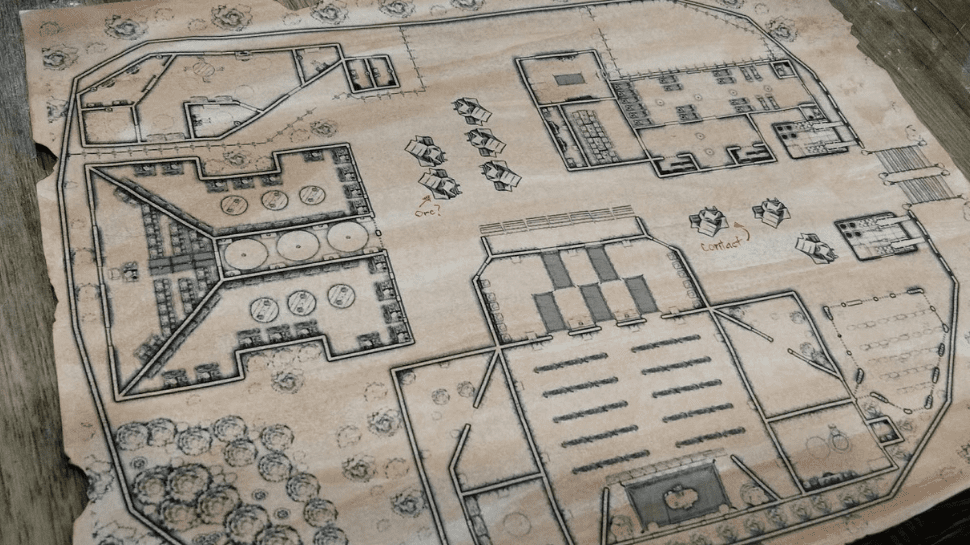 It still comes back to arms and armor for me at the table; it can showcase just what your characters are swinging around. One of my players brought a variety of guards, armor, bucklers, shields and more to a session—let’s just say nobody gave salt to the Paladin in full plate for at least three sessions, despite the disadvantage on stealth. Extra credit: get everyone in the game to the local museum together, and get a feel for the kind of gear you’d have. You might even find some inspiration for gear yourself. 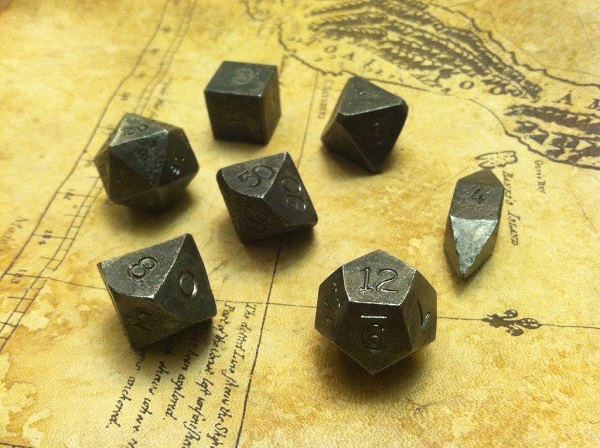 Touch and taste are the hardest senses to nail correctly in a busy environment and rather than go nuts with fur pelts just get some awesome dice. Gil the Vlogsmith who has metal bent icosahedron’s for some time now is really onto a great concept. Dice are the medium we use in order to interface with our imaginations. Every challenge set forth by a GM and every epic fight can be earmarked by critical botches and critical success. Custom dice, everything from Vampire: The Masquerade dice, Cthulhu glowing dice, or metal dice you can kill your players with really can help people get in the mood for gaming.

Tactile sensations are a good quick way to set the game’s mood, or even spark fond memories years later! If you still have an original Crown Royal dice bag you’ve been part of a gaming tradition and may recall old games played a decade prior. Some gamers get a set of dice for every character, a little memento as a keepsake for future memories—or to keep the dice mites away.