How Gillian Flynn Helped Make 2018 a Radical Year for Women

In a recent New York Times profile, writer Gillian Flynn had a simple way of coding the world around her: â€œI really do think the world can be divided into the people who like to look under the rock and the people who donâ€™t want to look under the rock. Iâ€™ve always said, since birth, â€˜Letâ€™s look under the rock.â€™â€Women are taught that to look under the rock is to degrade yourself. We’re told to stay pretty, be nice, do good; these ideologies that trap fictional women in amber as wives and fantasy girlfriends and stereotypical mean girls. Nothing under the surface, nothing that betrays easy categorization.But real women don’t fit into boxes. Real women are messy, imperfect, bold; the things men get to be proudly are our fault lines. That’s why 2018 has been a refreshing year for women in mainstream media. The year has seen a litany of female content creators flourish: Shonda Rhimes, Marti Noxon, Ava DuVernay, Jennifer Kent. Another of those women, Gillian Flynn, is having her big moment. This week, the political thriller WidowsÂ is released, with Flynn on screenplay duty. She’s also fresh off the critical success of HBO’s Sharp Objects, based on her novel of the same name, starring Amy Adams and Patricia Clarkson in boundary-shattering roles. 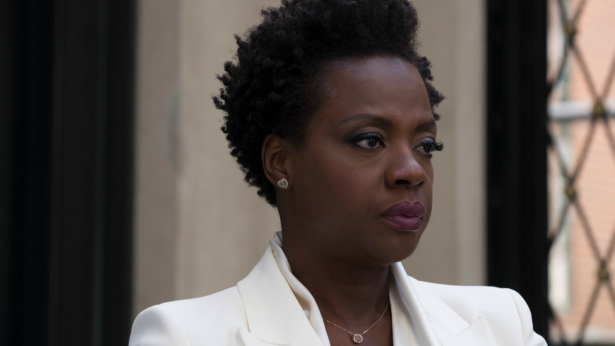 Widows, directed and co-written by Steve McQueen, also features a cast of women in roles so powerful and unforgettable they ring through your head long after the credits. Viola Davis plays Veronica, the recently widowed wife of a serial criminal, who joins forces with two other displaced widows (Elizabeth Debicki and Michelle Rodriguez) to complete their husbands’ final heist. The women get swept up in a political firestorm, facing violence, possibly death, if they can’t obtain the money. The high stakes put them at odds with each other, and force Veronica into a stern, hard-to-read role. She isn’t the maternal fixture the other girls want her to be. She isn’t nice. She isn’t knowable. She’s a Gillian Flynn character, through and through.Flynn and McQueen adapted Widows from the 1983 British TV series of the same name, written byÂ Lynda La Plante. But the new characters are modernized and hardened. They’re slick creatures of a hard-boiled Chicago that barb like wire. Women who can take care of themselves, and always have.You probably first noticed Flynn when Gone Girl flooded bookshelves and think piece verticals in 2012. The bestselling novel was turned into a David Fincher film (with Flynn on screenplay duties) in 2014, and the onslaught of coverage continued. It centers on Amy Dunne (Rosamund Pike), a wealthy socialite who disappears after moving from New York to Missouri with her husband Nick (Ben Affleck). In a midway twist, we learn that Amy faked her disappearance to combat her husband’s cheating, suffocating self-entitlement; she goes on a spree that results in murder, treachery, and, ultimately, pregnancy. Amy isn’t presented as “right,” or even necessarily sane, but exists as a sort of social commentary about the pressures and horrors inflicted on women that could, if we behaved more like men, be weaponized. 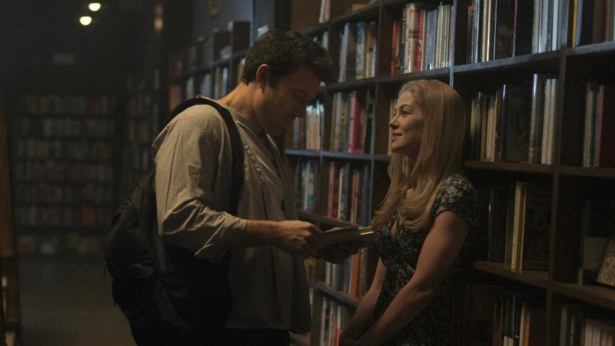 Gone Girl created a necessary conversation, but set Flynn up as villain. Some critiqued her nihilism, calling the murderous Amy misogynistic. Others praised the light she shone on concepts of trauma and revenge. All the noise, negative and positive, paved the way for Flynn’s Hollywood entrance. The former pop culture reporter was now creating the fire-hot fictional content she once covered as press.That razor-sharp journalistic eye is probably why her characters feel like anecdotes to the type of women normally presented in mainstream culture. In an essay titled “I Was Not A Nice Little Girl,” Flynn writes about the “bad” things she did as a child: stunning aunts, playing cruel games on her friends, chopping off her dolls’ hair. Her point is not that she was “odd,” but that:

“These childhood rites of passageâ€Šâ€”â€Šthe rough-housing, the precocious sexuality, the first bloom of power playsâ€Šâ€”â€Šreally donâ€™t make it into the oral history of most women. Men speak fondly of those strange bursts of childhood aggression, their disastrous immature sexuality. They have a vocabulary for sex and violence that women just donâ€™t. Even as adults.” 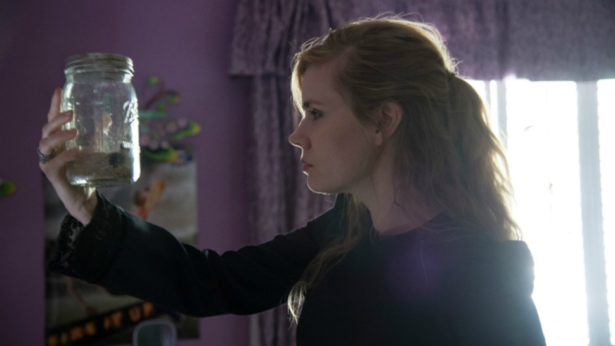 On Sharp Objects, based on Flynn’s 2006 novel, Amy Adams plays Camille, an alcoholic journalist sent back to her Missouri hometown to write about a series of local murders. Camille has a fractured relationship with her sadistic mother, Adora (Clarkson), and behaves in ways we rarely see women behave onscreen; she sips vodka from a water bottle before interviews, has sexual experiences that aren’t tidy or romantic, carves words into her bare skin with paper clipsâ€”physical markers of her psychological pain.Characters like Camille and Veronica feel especially vital in 2018, as the world finally starts paying attention to the vocation and interiority of female creators; as voices that don’t fit into pretty boxes are beginning to lay claim. It’s not enough to reverse years of behind-the-scenes abuse and discrimination, but Widows feels vital in this moment, as it will soon batter its way through the typically white, typically male awards season. This year, Flynn has helped create that “vocabulary for sex and violence” that’s long been missing from female stories. Let’s see what’s under that rock.