In 2017 and 2018, an investigatory effort aimed at studying unidentified flying objects uncovered multiple videos of “unidentified aerial phenomenon” (or UAPs). One of the UAP videos featured a flying object one pilot said resembled a Tic Tac. Now, to raise awareness of the mysterious object (and garner mad social media points) the literal Tic Tac company has sent a jumbo Tic Tac full of Tic Tacs into space.

Know anyone obsessed with Tic Tac mints in space like we are? Why not tag a friend to help us make a connection. We might just share a refreshing plot twist pic.twitter.com/OgcU51MIdW

Design Taxi picked up on the cosmic endeavor, which went down earlier this month. According to a press release, the hard-mint manufacturer sent the bespoke mega mint into space in order to transmit “refreshing messages” submitted by consumers who wanted to help “make connections” with extraterrestrials. A preposterous proposition to be sure. Until you realize that if aliens really are visiting Earth, they would’ve seen this space mint no problem. 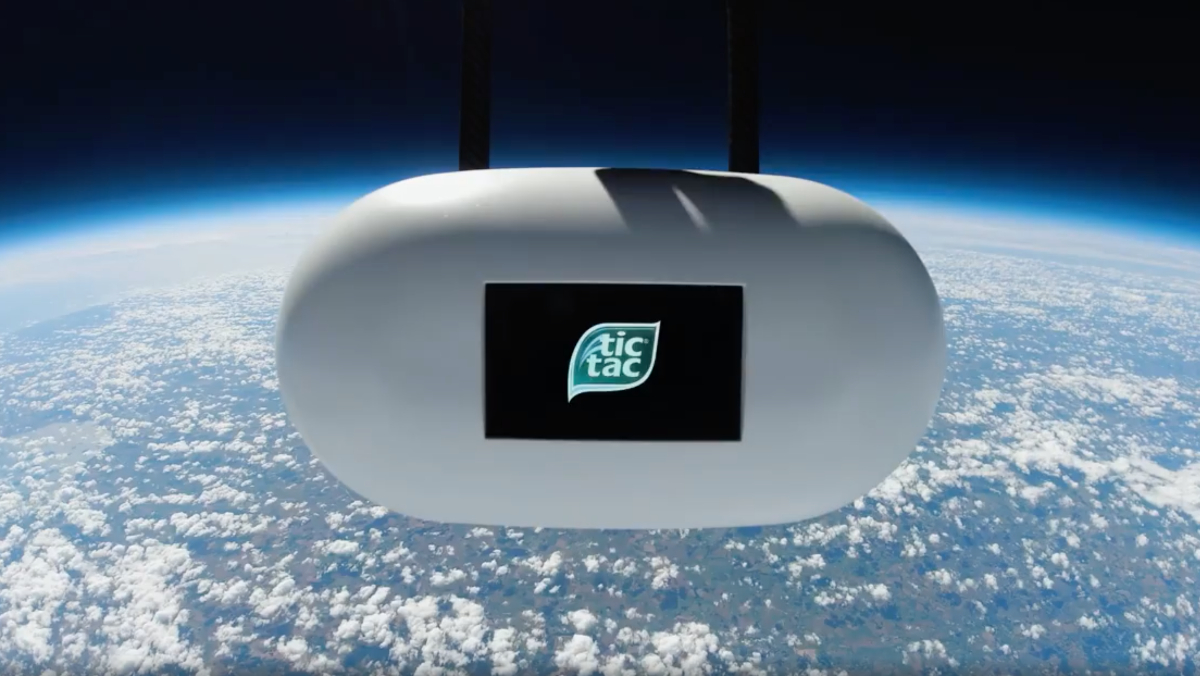 In the video above, Tic Tac shows how it sent its custom mint vessel into space. Or rather, how the aerospace company, Sent into Space, sent the vessel into space. (It’s hard to make mints and do space exploration at the same time, we imagine.) To elevate the big pod the Sent into Space team hooked it onto a stratospheric balloon then let it float up into the firmament. ( Unlike rockets balloons are simple.)

The spaceflight only lasted about three hours in total, but that was more than enough time to emit some minty messages into space. That UFO Podcast, for example, wrote in a tweet shown on the vessel that this was “one small mint for man, one giant mint for mankind…” Another Twitter user simply posted a GIF that laid out the words: “Greetings. We come in peace.”

Although the space ride was short, the jumbo Tac brought its “limited edition” Tic Tac innards back from space. And while we’re not sure where those mints are now, we really want to taste them. They may have the “scent of space” on them, which sounds even more tantalizing than minty fresh breath.