It’s rare that dreams come true.  San Diego Comic Con’s infamous Hall H holds six thousand people, each with dreams of stardom and passion for the work they’re in.  Mike Le, an emerging screenwriter who’s next feature film Patient Zero will be a zombie flick starring Game of Thrones‘ Natalie Dormer, was one of those thousands in 2014. His story is inspirational story demonstrates how hard work and passion can actually get a geek somewhere in this industry and from out of the crowds of Hall H and on to the stage.

How did you get to where you are today as a writer?

First, let’s agree that no matter what my answer to this is, there’s no short cut to becoming a successful writer. Everyone’s path into Hollywood is different.

Everything I am as a writer today is built on a lifetime of watching and consuming movies, comic books, genre fiction, TV shows, anime, and video games. When I was kid, all those things I mentioned were not considered cool. During class, I would pretend to be reading my text book, when in actuality I was reading a comic book hidden inside of it. I never ate lunch once during my years in high school. Instead, I saved up my lunch money to buy comic books or the latest Stephen King novel. And when all the students were in the lunchroom, I sat alone in the hallways reading and drawing in my sketchbook. I don’t regret a minute of it because everything that made me a social misfit back then, are the very things that helped give me my career.

It is extremely surreal to have [them] playing characters that I created and speaking dialogue that I wrote. During the 2014 San Diego Comic-Con, Natalie Dormer was on the Women Who Kick Ass Panel, where she was very vocal (and rightly so) about how most of the sophisticated, smart, and complex female characters are written for TV, and film has lots of catching up to do in that regard. It was literally a few weeks later, I found out Natalie wanted to play the female lead in my movie, Patient Zero. I was totally blown-away by this. It was the ultimate validation that a star of Natalie’s caliber and taste would want to be involved with something I wrote. And Kate Bosworth is an amazing actress. I was very surprised to find out she wanted to play the female lead in Amnesiac because that character is unlike anything she’s ever done. It’s a very dark and demanding role, but she pulls it off beautifully. 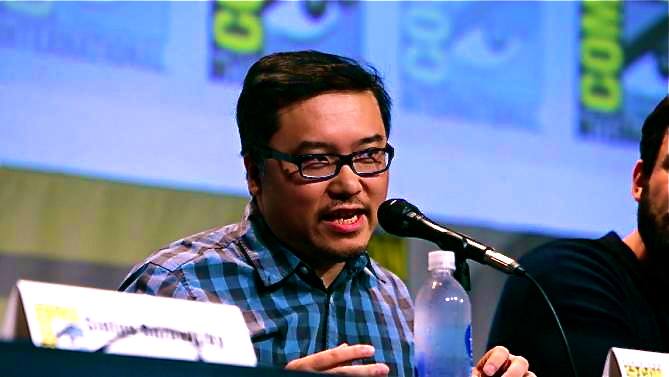 You’ve been going to Comic-Con for 10 years.  How has your Comic-Con experience changed over the years with the growth of your career?

The San Diego Comic-Con has been a big part of my life. The first few years I went was simply as a fan, and those were the days where you could show up, buy a badge, and walk into any panel you want. It wasn’t the big multi-media event that it is today. Once I started going under professional status, I noticed Comic-Con was rapidly growing, the lines were getting longer and walking the convention floor took longer as well. And not only the Con itself was expanding, but also the after parties and satellite events that orbit the Con. And every year brought more media.

Lots of people lament about how Comic-Con has gotten “too big” or has “jumped the shark” but I’m actually glad it’s evolved into this massive cultural event. It just means a lot more people are now into the things that I was into when I was a kid. I want more people to be passionate about comics, movies, TV shows, role playing games, video games, anime, etc. I want these things to be booming industries because I want more of those things in this world, not less. And even though I’ve been going to SDCC under a professional status, I never forget I am a fan first.

It was just last year at the 2014 Comic-Con that I camped out overnight outside to get into Hall H for the Game of Thrones panel. I sat in the audience as a fan, watching Natalie Dormer and John Bradley talking about their show. And now, literally just a year later, I’m at the 2015 Comic-Con where I shared the Hall H stage with Natalie and John and we’re talking about Patient Zero, a movie I wrote! Crazy!

What do you usually geek out about?  Passions (i.e. art, comic books, food)?

Let me answer this in categories: In terms of TV shows, I geek out about Buffy, The Americans, Orphan Black, Homeland, Penny Dreadful, How to Get Away with Murder, Veep, Game of Thrones, The Leftovers, Daredevil, and Fargo. A recent movie I’m totally obsessed with and constantly geeking about is Ex Machina. As for comic books, I’m more loyal to writers than titles, so I’ll read anything by Matt Fraction, Brian K. Vaughn, Ed Brubaker, Adrian Tomine, or Scott Snyder.

What are you working on next?

I’m about to write a remake of a 70’s cult film, finishing up another script. Outlining a YA novel. Also, I’m working on a couple of cool TV projects, including developing a series with the legendary director John Carpenter.

What is one good piece of advice that someone has given you?

But seriously… Someone much wiser than me once said, “When you see the grass is greener on the other side, don’t long to be in someone else’s yard. Start watering your own lawn.” That’s a great way of saying don’t measure or compare yourself to someone else’s success. There will always be someone more successful than you, someone more prolific than you, someone smarter, someone who is better looking, someone who has more money. You’ll drive yourself crazy comparing yourself to these people. You should only worry about the things you can control, which is your own writing. On how hard you work at it. The only thing standing between you and success…is you. And what is success? Like Warren Beatty once said, “Success is the moment you can’t tell whether you’re working or playing.”