Right now, Amazon Prime Video has one of the best shows ever made. A show you might know nothing about. Six episodes of utter comedy perfection that only recently became available to stream in the United States for the first time. A cult classic that devoted fans like myself learned about years ago because the biggest comedy nerd in our lives had bootleg copies they rightfully demanded we watch. Now, as a loyal and dedicated admirer of the series and its stars, it’s time for me to pay it forward and demand you do the same. Because Halloween is the perfect time for you to finally watch Garth Marenghi’s Darkplace. 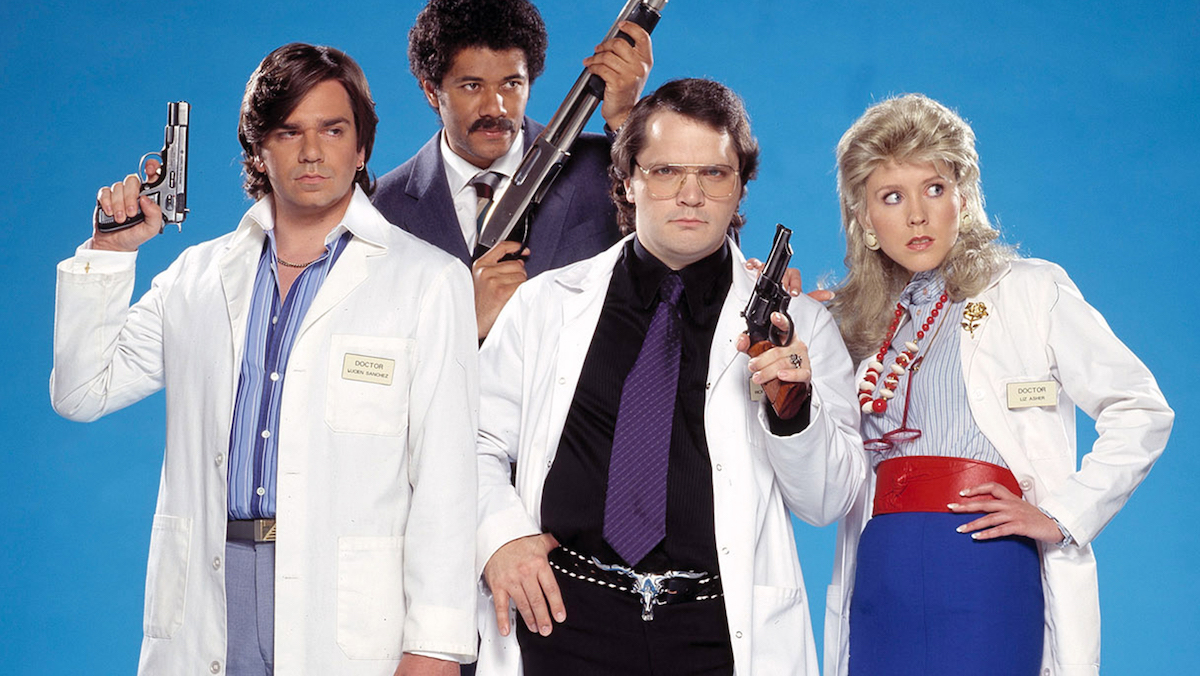 The one and only season of Garth Marenghi’s Darkplace aired on Britain’s Channel 4 in early 2004. Co-created by Richard Ayoade and Matthew Holness—who also wrote and starred on the show—the series is a horror parody. While you can (and should) watch it any time of year, the spooky season is an ideal time for your first viewing. But the show has plenty more targets besides horror.

From bad ’80s television, pompous authors, campy sci-fi, hospital dramas, and self-righteous director commentaries, the series spoofs countless genres, people, and storytelling staples. All covered by a truly (intentionally) terrible show that captures the beautiful absurdity of low-budget TV. Darkplace is rife with horrible editing, poor and unnecessary dubbing, and atrocious camera work. Sound effects don’t match the action onscreen. Neither does extraneous dialogue. And cheap props and costumes combine with laughable special effects for a show that was dated the second it was “filmed.”

The series is genuinely a comedy of errors. However, each poorly framed shot and continuity error is done with complete sincerity. These are meant to be the honest mistakes of overmatched creatives who don’t know they’re producing garbage. That’s a huge reason the show works so well. Making something intentionally bad is easy. Making that badness seem authentic—and therefore genuinely funny—is much harder. And no TV series has ever done it better. But that’s far from the only aspect that earns the series a special place in comedy history.

The comedy is actually a show-within-a-show. Garth Marenghi (played by Holness) is a best-selling author famous for hacky horror novels. The character is clearly inspired by Stephen King. But without a fraction of King’s talent or intelligence. Marenghi introduces each episode—first by reading an awful line from one of his books—and provides commentary throughout. Because Darkplace is presented as a lost TV show filmed sometime during the ’80s.

Marenghi claims it was too radical for the time. The network has elected to air it now though because of a huge drought in broadcast television content. Only this time it comes with commentary about each episode’s themes and inspirations, how it was made, and why Marenghi is a singular genius. 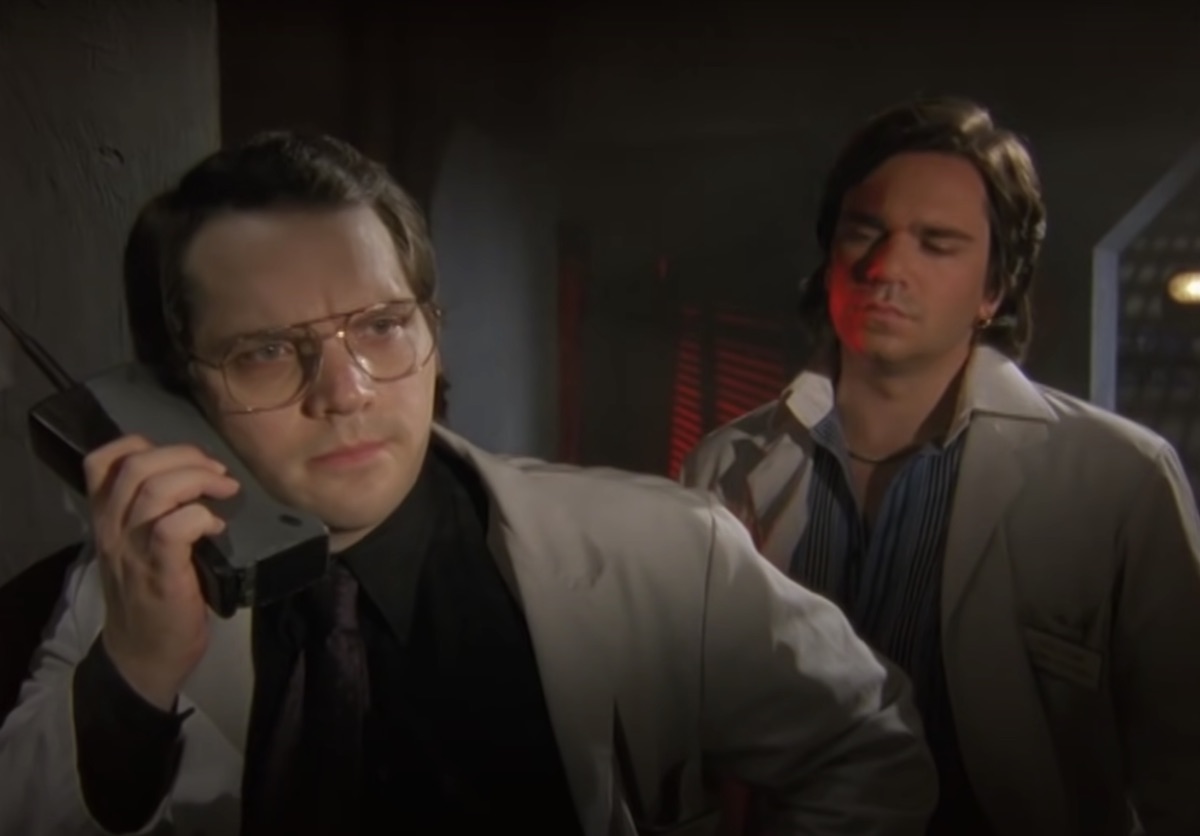 Within the Darkplace series, Marenghi plays Dr. Rick Dagless, M.D. He’s a talented “maverick” hotshot doctor at Darkplace Hospital in Romford, London. A medical facility that stands “over the very Gates of Hell.” (Lars von Trier’s The Kingdom is obviously a major influence on the show.)

Romford’s hospital is a place full of demons, monsters, and magical medical maladies that can only be stopped by Dr. Dagless, a tortured, deep man who is also incredibly kind, smart, and handsome. Which may or may not be the reason all the doctors constantly carry guns during their shifts. The egotistical Garth Marenghi writes his starring role to represent the person he thinks he is. Unfortunately, his own writing and commentary betray his efforts at presenting himself as talented.

Joining him on the Darkplace is his equally lacking in both self-awareness and shame publisher and publicist Dean Lerner (Ayoade). Lerner plays Darkplace‘s head hospital administrator, Thornton Reed. Despite the fact Lerner never acted before and never should have. For all of Darkplace‘s filming errors, it’s Lerner who stands out as the single worst aspect of the show.

Ayoade totally nails his character, the one with the show’s highest degree of difficulty. His Lerner is so funny because Ayoade is completely believable as a bad actor. One who looks at his telephone before it rings and needs to pause between lines to slam his desk. Lerner is as overmatched by his fictional role as Ayoade is up to his actual one.

What’s equally incredible is that Ayoade’s just as hilarious playing Lerner during his interviews about the episode. Where he also shares insight into working with Garth, his time in show business, and certain private activities he definitely should not share. Both Marenghi and Lerner are oblivious misogynists whose general ignorance leads them to say stupid things with full confidence. They’re lovable yet detestable, likable yet repugnant. And they’re both impossibly funny.

That absurd confidence runs throughout the show. Marenghi’s heavy-handed writing is full of strained analogies, clunky dialogue, misnomers and incorrect idioms, overwrought exposition, plot holes, exhausted tropes, and forced narration. It is consistently awful and hilarious. The fact no one involved in the show can recognize that makes it all the better.

It’s the same type of comedic sensibility you’ll find in a Christopher Guest movie. Everyone who worked on Darkplace thought they made something memorable. They did. Just not for the reasons they think. And that retroactive aspect of the show is vital to making the whole series work. Without Marenghi and Lerner’s commentary the show would still be great. But it wouldn’t be special.

And yet, all of that doesn’t even fully capture why the series is rightfully a beloved cult classic. Every time I watch it (and I have many times) I find something new to appreciate. Because not everything is broad and obvious. There are just as many subtle jokes and gags sprinkled into every scene. (Including in the show’s opening credits.) Like how the series’s other two stars—Matt Berry’s Todd Rivers, who plays Dr. Lucien Sanchez, and Alice Lowe’s Madeleine Wool, who portrays the psychic-powered Dr. Liz Asher—randomly walk out of a hospital room in full fencing gear.

An unacknowledged joke that’s so good it’s better than anything most sitcoms will ever do. The show seamlessly blends broad comedy with subtle humor. Thanks to Holness and Ayoade’s impeccable writing and the cast, Garth Marenghi’s Darkplace is loaded with jokes from start to finish.

Speaking of Matt Berry, best known in America for playing Laszlo on What We Do in the Shadows, he throws 99 miles per hour in every single scene. Whether as Dr. Sanchez or Todd Rivers, he turns even the simplest lines into comedy gold. This show is where my unabashed love affair with Berry started. His performance alone is worth watching. (Though in truth all four stars bring their A-game the entire time. Including Lowe’s Wool, the only one of the four who doesn’t provide commentary for reasons I won’t spoil.) Especially when Berry/Rivers gets to do a very special musical performance in the final episode. One that has happily been stuck in my head ever since I heard it. 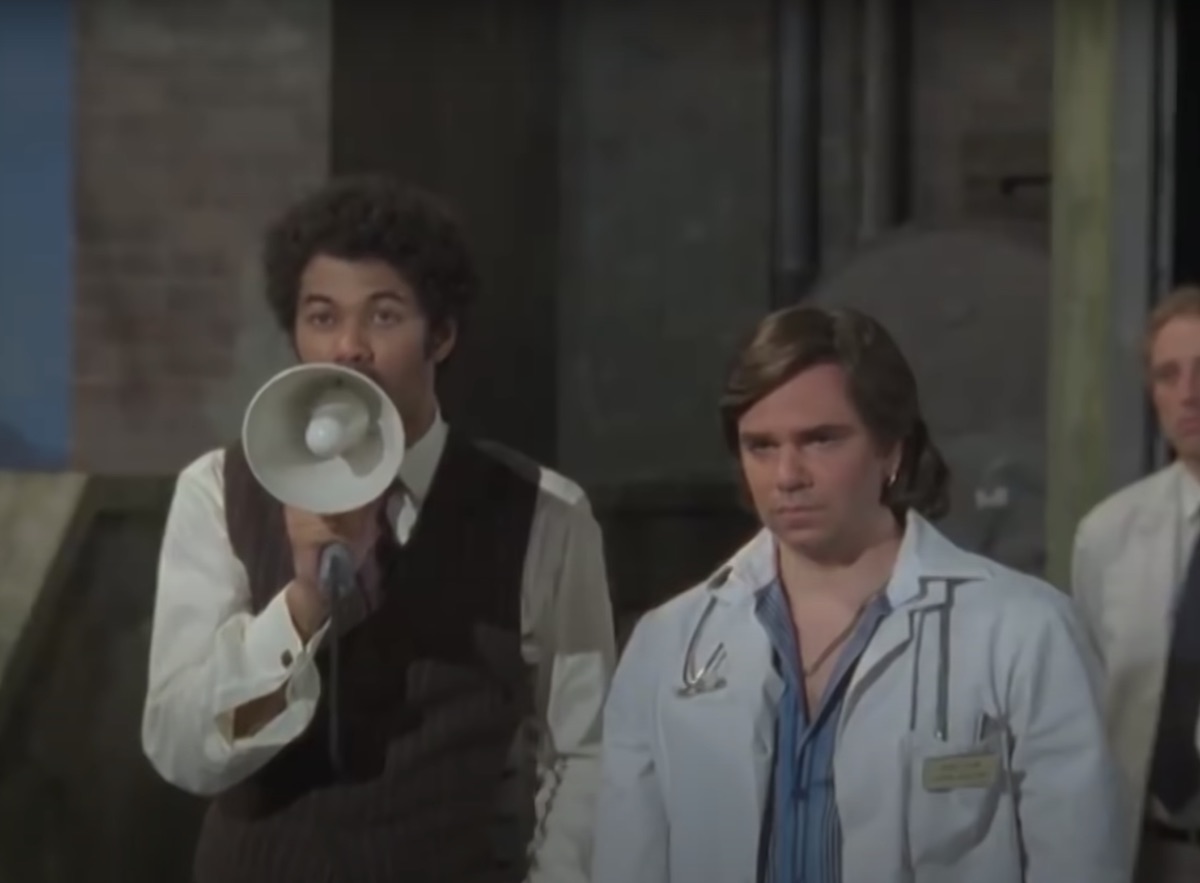 There are a million “best shows you’ve never seen.” But this really is it. Ask any comedy fan who has seen it and they’ll tell you the same thing. It’s also less than two hours of perfection. You can watch the whole series in-between handing out candy on Halloween. Honestly though, that’s not the real reason this is the ideal time to watch Garth Marenghi’s Darkplace. It just happens to be Halloween right now. And right now is always the best time to watch it.