Gaming for a Cause: Meet Chris Jones, Founder of Foodhammer

We’re counting down the days  International Tabletop Day 2018, happening this year on April 28th! As we get closer to the big day, we’ll be looking at the gamut of tabletop gaming, from the stories of the games we play to remarkable people who love them. Be sure to join in on the fun on April 28th on our official  ITTD Twitch Stream, hosted by Ivan van Norman and donate to  charity:water, the worthy cause we’re supporting this year.

One of the first things I discovered when I began playing  Warhammer 40k last year was the strength of its community. It was then no surprise to hear about Chris Jones’ efforts to create something called Foodhammer: a miniature gaming event to benefit charities in his local community. For his efforts, he was recently awarded a Warhammer Heroes commendation from Games Workshop themselves! I caught up with Chris to talk about Foodhammer.

Foodhammer is the name of a miniatures gaming event that occurs every fall in Vancouver. It is an event focused on casual wargaming with proceeds going to a local Vancouver charity that focuses on feeding the community. Chris has worked with various different organizations, and in total has raised over $32,000 for these organizations! He was inspired in part when his son entered Kindergarten, and they learned how many students rely on local food banks. “[He] thought…that we’re pretty lucky to be able to afford this hobby and [he] wanted to find a way for the gaming community to pay it forward.”

From that first event, they’ve grown each year. What began as a 40k/Age of Sigmar event now includes Malifaux, X-Wing and more and they’ve branched out their charities. Chris told me that “One in five Canadian children is at risk of starting school on an empty stomach”, which is why they worked with the Breakfast Club of Canada for a few years. Lately, they’ve partnered with the Muslim Food Bank to aid in their efforts to help Syrian refugees arriving in Canada. These are important community organizations that help people when they need it the most, and it’s great to see initiatives like this getting the gaming community together to do some good. 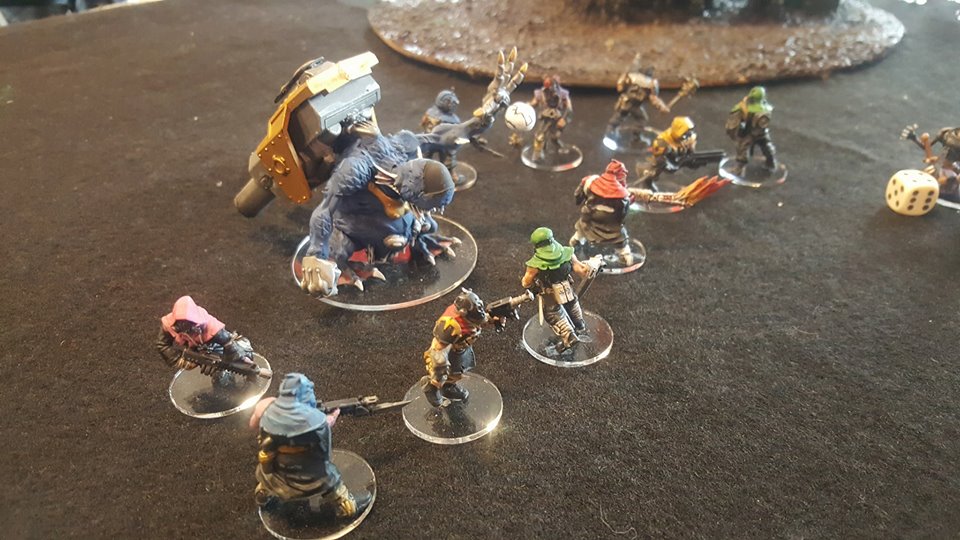 In keeping with the community spirit, Foodhammer is a casual event. Chris reviews player’s lists to help push them more towards “funpetitive”. He wants it to be an event “where the focus is on the cause and having a good time raising money for the cause. Everyone who takes part really takes that to heart; they want to have fun and play some great games with people they may not get to hang out with otherwise.” Vancouver didn’t have a major wargaming event prior to Foodhammer, so in addition to helping out local charities Chris’ event provides a fun event for the players.

I asked Chris about some particularly fond memories of the event, and he shared a few instances of being bowled over by the generosity of participants. Each chear they work with Chessex to make some custom dice and auction them off, with sets of these beauties sometimes going for over $150! Entire armies have been donated, as well as books autographed by some of the Black Library authors that create the world in which some of these games take place. 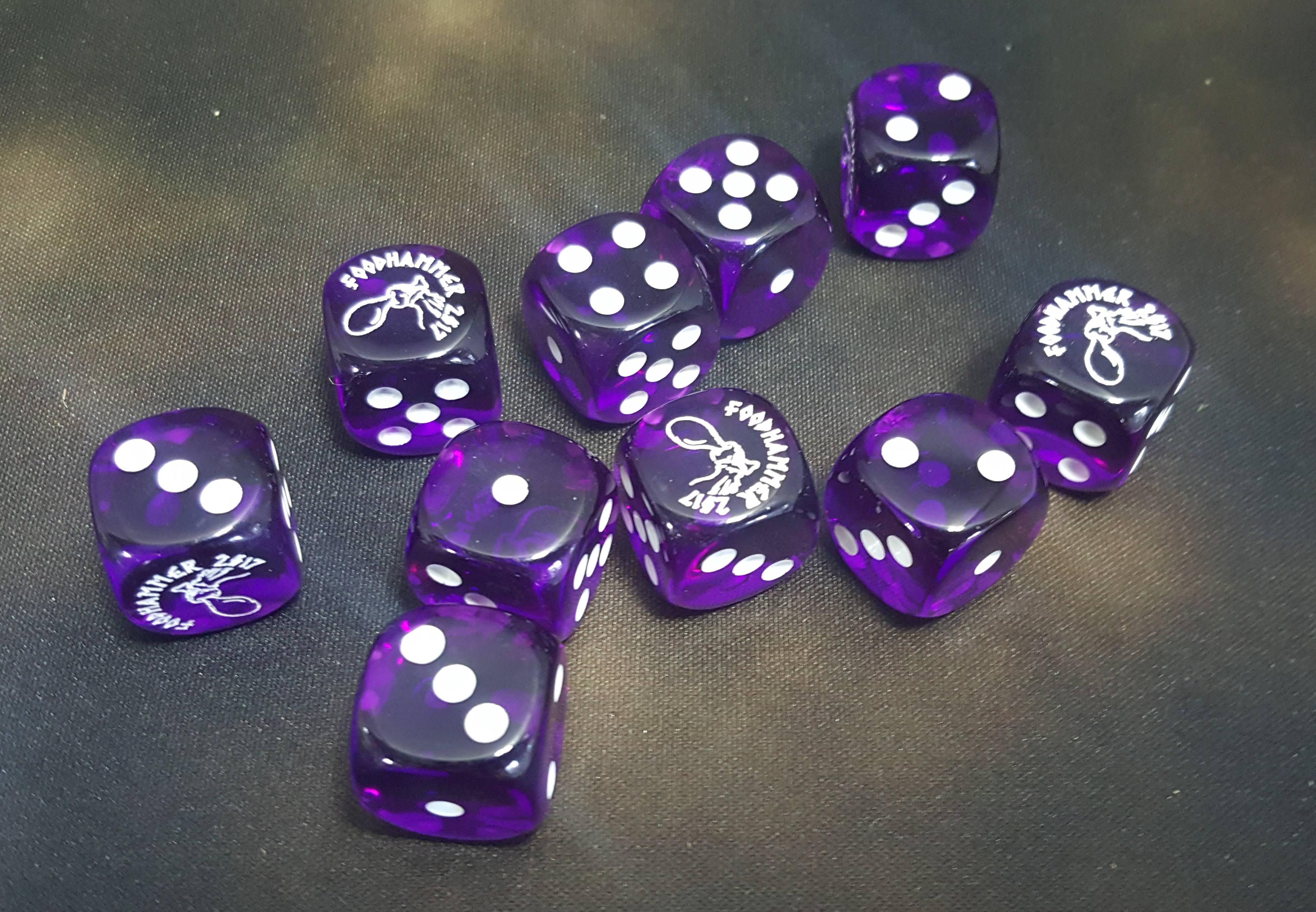 Of course, events of this magnitude can’t be managed by a single person. Chris was quick to point out (and thank!) his fellow area gamers for the help. The relationship with Chessex is coordinated by a friend, and others help write scenarios and run all the various games they play. Even the event itself is organized in partnership with GameStars, the shop where Chris was playing at the time. It’s wonderful to see groups of people channel their passion and leverage the hobby for the greater good (sorry, new Codex releases are on my mind). We loved hearing Chris’ story and would like to extend our congratulations on the Community Heroes commendation!

For more information on Foodhammer, check out their blog, and let us know about ways gaming is helping your community in the comments! And be sure to  join us on April 28th on Twitch for our  International Tabletop Day stream hosted by Ivan van Norman, and help us support  charity:water to  raise money for a project to get water to a community of people who currently lack access to clean water.

Want to learn more about this hobby?

In addition to Geek & Sundry, Raf Cordero writes for Miniature Market’s The Review Corner and co-hosts the gaming podcast  Ding & Dent. Chat with him on Twitter  @captainraffi.