Will Daenerys Targaryen Become the Night Queen on GAME OF THRONES?

Is Daenerys Targaryen destined to be a Mad Queen, just like her father and many Targaryen kings and queens before her? Game of Thrones has teased her potential turn towards the dark for seasons now, although it’s never been more than mere flirtation. This is the still the Daenerys who freed the slaves beyond the Narrow Sea, and who leads with a tender heart and profound empathy.

But as she moves closer and closer to the Iron Throne, her grip on what she once held dear seems to be loosening. In episode two of the final season, “ A Knight of the Seven Kingdoms,” she finally learns that her lover Jon Snow is actually her nephew, and the rightful heir to the throne. Elsewhere in the episode, she bristles with Sansa Stark about leveraging power in the North. At this point, we have to wonder if Dany’s entitlement might overrule the good in her heart. If that’s the case, it’s possible she might find validation in an unlikely source: The Night King. 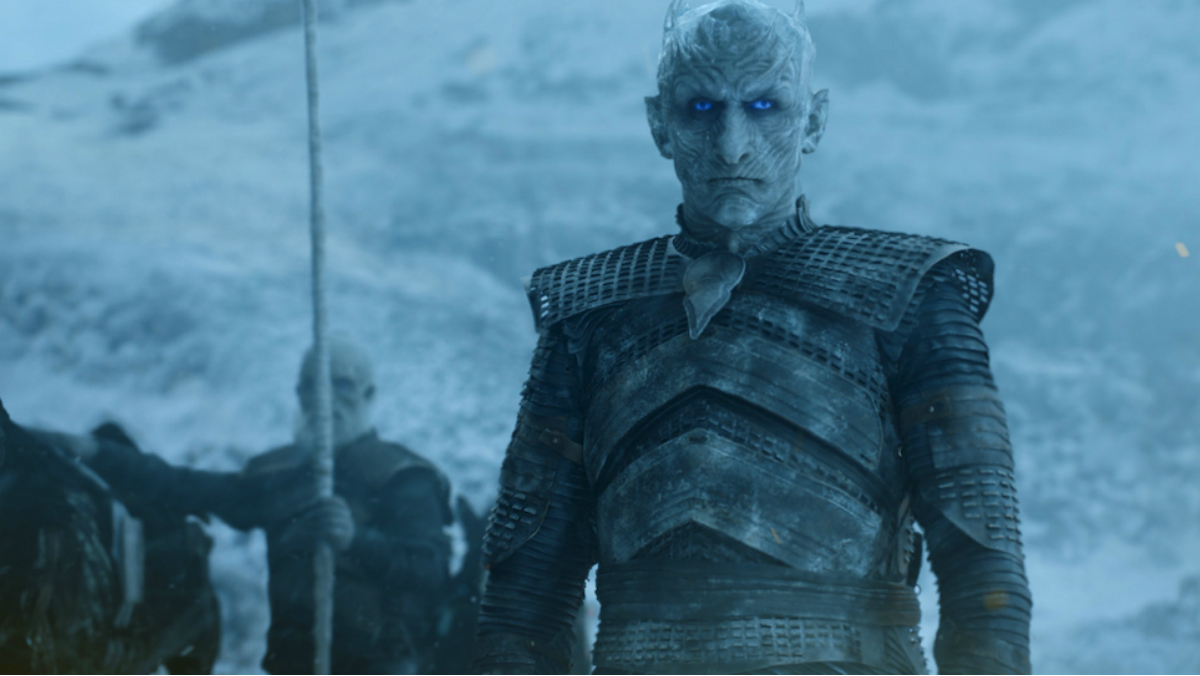 That may sound a little out there, but there are a lot of clues to back this theory up. Namely, quotes that Emilia Clarke has given about Daenerys’ journey in the final season. In an interview with Vanity Fair, Clarke revealed that her character’s arc messed her up. “Knowing that is going to be a lasting flavor in someone’s mouth of what Daenerys is…”

We’re only two episodes into the final season, and Dany is already doubling down on her severity while in the North. We’re reminded of how she killed most of House Tarly. She seemingly threatens Sansa. Her face is filled with fury when she regards Jaime Lannister, who murdered her father, and Jon,  when he reveals his true identity.

“You gave up your crown to save your people,” Sam tells Jon in the Winterfell crypts, when he reveals the truth about Jon’s parents and rightful claim to the throne. “Would she do the same?”

From all we’ve been shown, it would be surprising if Dany did, in fact, cede her claim just to protect the realm. At this point, her motivation for winning seems less a sense of duty and love—even though she claims Jon is the reason she’s come North—and more a way to save a humanity that can later worship her. But perhaps the war will break her spirit even more, and she’ll turn to the Night King in a moment of weakness, the only access to almighty power that’s left. 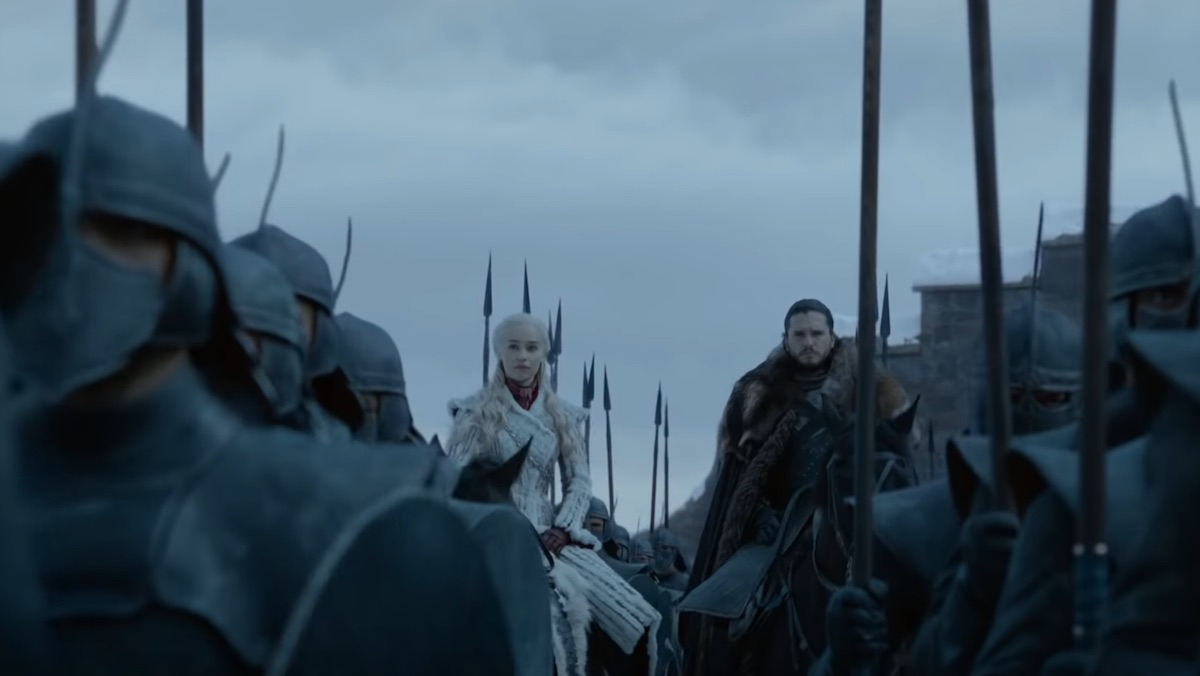 This wouldn’t be totally out of nowhere. In George R.R. Martin’s books, there is a character of lore known as the Night’s Queen, who was a female White Walker that fell in love with a Lord Commander of the Night’s Watch, who became known as the Night’s King. He was lured into her web of death, and together the two performed ghastly human sacrifices for the White Walkers, until they were ultimately defeated by the Free Folk and House Stark.

The Night’s King is a very different character than the show’s icicle-crowned Night King, but we could see the inverse of that mythic story playing out with a twist. Perhaps the Night King seeks a queen, and Dany turning to his side could end the war. In a way, she’d be sacrificing herself for the people of Westeros, while also getting to rule in power in the far north. Perhaps she makes this choice after another of her dragons is killed, to be able to ride atop Drogon forever. Maybe she’ll even leave the surviving dragon, Rhaegal, to Jon, so he can carry out the Targaryen legacy of dragons without her.

It’s a grim fate, but Martin and the showrunners have always said the end of the series is “bittersweet.” This sounds like an ending both fitting and tragic for our central heroine. It could also be an inverse of what we’ve always thought the series’ title, A Song of Ice and Fire, could mean. Maybe Dany becomes the ice, and Jon the fire. It could be the great culmination of the series, one both powerful in how it fulfills Dany’s arcs, and tragic in how it bookends her journey.